In the latest incarnation of Rewind, the influence-oriented column headed by Hard Wax mainstay Finn Johannsen, Manchester native Trus’me (aka David Wolstencroft) talks about one of house music’s seminal records: Forevernevermore by Moodymann. As the founder of the reliably solid Prime Numbers imprint, Trus’me has built a reputation for fine taste in dance floor sounds by releasing remixes from the likes of Terrence Dixon and Fred P as well as penning his own unassailable tracks. His most recent offering, Planet 4, showcases his talents in full force. And as he explains below, it all comes back to the very roots of house and techno: Detroit. 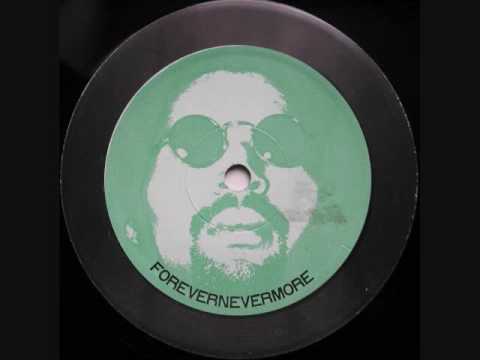 I doubt that Forevernevermore was your first encounter with Moodymann. Did you eagerly await his third album?

I 100 percent did not know who Kenny was until I found a copy of Forevernevermore in my friend’s record bag. He had left his records at my house, and I was doing the usual noseying though the records when I found this CD. I was completely into Slum Village, Madlib and J Dilla. When I first played this CD, everything became clear in my mind. It was the sound I was looking for: hip-hop, house, jazz and disco all rolled into one. I became obsessed with the production techniques and went on to discover the whole world of Detroit right after this. Three years on, Moodymann was playing my first LP launch in a pub on Oldham street, home to where I had been buying his records for the past few years. KDJ and Theo Parrish were number one at that time in Manchester, and I couldn’t help but be influenced by the whole sound.

Does Forevernevermore work as an album for you?

Yes, for sure. The whole LP worked as a cohesive hour of music, yet there was something at every turn that was unique and compelling. I related to this LP in more ways than one due to it’s almost hip-hop nature with intros and outros that connected the tracks and glued the whole piece together. There are so many seminal tracks on the LP that’re still played out in clubs today, yet they remain good LP cuts that also work for home listening. This ideology is what I’ve embraced on all four LPs that I’ve produced over the last eight or nine years: there’s something for the dance floor and something for the car or wherever else one listens to LPs these days.

You told me that you wanted to talk about the CD version of Forevernevermore, which has lots of interludes, skits and hidden tracks. Do they form an alliance with the music that almost works like a radio play? What is the special appeal of it?

When I think of an LP, I think of A Tribe Called Quest’s The Low End Theory, Marvin Gaye’s What’s Going On or even The Verve’s Urban Hymns. They’re constructed to be a continuous piece of music in which the listener is taken on a journey from the beginning to the end. With the CD format, there’s extra playtime in which intros and outros can give a context to the background and making of the LP. On the Forevernevermore CD, KDJ takes you into his home as he sits at the piano with his child, has discussions in the studio or listens to his local radio for inspiration. Hidden right at the end of the CD is a live recording of three hard-to-find cuts from the KDJ label mixed together after two minutes of silence. In many ways the CD provides the platform for further expression as an artist in the format of an LP.

Forevernevermore was a step forward in terms of his distinctive sound; it was still dense and immersive, but also more refined. Do you think Moodymann’s sound evolved on Forevernevermore in comparison to earlier works? And was it for the better?

This was for sure his best LP. When people talk about their favorite Moodymann works, Forevernevermore is at the top of the list. He established his own sound and unique LP format that was new to dance music. Most underground dance LPs were merely a collection of 12” tracks, but this felt more like a well-thought-out process, something like Daft Punk would execute. In many ways, his earlier LPs were a collection of his previous works, but Forevernevermore was an LP made from beginning to end with a single idea.

Tracks like “Don’t You Want My Love” display a confidence to transcend mere club credentials for traditional songwriting, a path he has followed ever since. Is there a side to Moodymann the producer you prefer to others, or is it not necessary to differentiate his persona as an artist?

This LP was the beginning of Kenny’s unique raw sound, which he developed by marrying typical MPC studio production with live instrumentation. He worked with local artists who played percussion, bass and keyboards. The juxtaposition of quantized grooves with loose musicianship created a genre of its own and is still replicated today.

How do you rate the albums Moodymann released since Forevernevermore?

Black Mahogani is on par for me. It’s perhaps more refined than Forevernevermore, but maybe the rawness of the LP relates to me. I’ve enjoyed the productions on subsequent LPs, but felt slightly less connection to the music I listen to and make today. That’s not to say that it’s not great music, but I started to feel that the tracks in the EP releases didn’t have that Peacefrog touch I admire. The LP process began to evolve towards the creation of a new sound where he begins to sing and perform more as an artist and less in the background as a producer.

Did Forevernevermore inspire your own initial steps as a producer?

110 percent. It kickstarted everything. When I read the notes and credits at the back cover, it was like joining all the dots together for the first time. I was huge into Dwele and Jay Dee at the time, and I had seen instrumentalists who worked with Moodymann, like Amp Fiddler, Paul Randolph and Andres. When I saw that all those guys worked with Kenny…well, let’s just say I flipped out. I could marry all these worlds into one that I loved, but before this the combination had never crossed mind or seemed possible. I was ready to make the music that I guess was inside me the whole time, but now I had an outlet and platform in which to do it.

You’re an album artist yourself. Is the format still superior to others, especially in times of streaming and files?

In a sense of promoting yourself as an artist, the LP gives a solid indication of you as a musician and your musical style. An EP can only provide a snapshot of your style, whereas an LP showcases many sounds and directions that can be represented to an audience. The power of the LP can be shared with both a visual and musical concept that stretches further than any single track.

A lot of club producers who integrate elements of classic Detroit techno are compared to those iconic, canonized producers. How can you set yourself apart when you’re using such established references?

I don’t try to. I’m very much a byproduct of my hometown, Manchester, where Detroit, Chicago and New York music were popular in key record shops like Fat City and Piccadilly. They actually coined the term “Detroit child.” We were the byproducts of a decade of parties such as Eyes Down, Electric Chair and Friends & Family. Those parties often booked Detroit artists, from hip-hop acts like Dilla to techno founders like Jeff Mills and, of course, house acts like Moodymann and Theo Parrish. For example, Eyes Down was the first party in the UK to book Moodymann, and the Electric Chair released compilations from Detroit producers like Amp Fiddler and Carl Craig. So there was no escaping the sound of Detroit when I was growing up in Manchester. You can hear in my style as a DJ and as a producer that Detroit is thick with me. But there’s an undeniable UK twist to everything that I do.

Detroit producers have been critical of the way their music and the black music traditions they incorporated were interpreted in other—particularly European club music—contexts. How can you use your own sincere love for the music without being disrespectful? Can you even draw conclusions from the very source?

Well, I don’t know. But I’ve always tried to support Detroit by buying records from Emporium 50, straight from the source. That was a rudimentary site run by Mike Grant, but the money went straight to the artists with no middle man. I have released and worked with Andreś, Amp Fiddler, Paul Randolph, Buzz Fiddler and Piranhahead, who were all well-respected Detroit artists in the core of that scene. I have supported and pushed the Detroit scene from my first solo releases and on my imprint Prime Numbers, and will continue to do so, as the sound of Detroit is very much the sound that fits with me as an artist most.