At the recent EB Festival in Cologne, headliner Róisín Murphy of Moloko fame met backstage with TMTS breakout star ADI, the singer and producer who opened the concert at E-Werk (as well as our spring festivals in Warsaw, Bratislava and Prague). The two recorded their exchange, which dissected their songwriting processes, their feelings on feminism and the pros and cons of making music with their ex-boyfriends. Then they handed the audio over to us so we could share it with the world.

ADI: When I was growing up, a lot of people told me that it sounded like I was influenced by you. It was maybe the same atmosphere.

ROISIN MURPHY: Well, there’s a funkiness about what you’re doing—it’s not just electro-pop. It’s got a bit of soul to it, which I think is great. Your songwriting is very strong. I bet you’re gonna write some amazing songs.

A: Thank you. It’s endless work, but that’s how it is.

A: Up until now I produced most of my stuff by myself, so it’s just me in the studio alone. I mostly start from the beat, and the last thing I do is write down the lyrics for the melody. I used to write lyrics and then try to…

RM: Make a melody around it.

A: Yeah, and it just didn’t work for me. It felt like I was forcing something.

RM: It depends. You might do that again another time, because the situation’s different. You’ve got to be open, otherwise you’ll run out of steam. For me personally, the one thing I can’t do is sit down and [make music] on my own. No way.

A: So you need people to inspire you?

RM: Well, I don’t know how to use the gear. I know what the gear does because I’ve been around it for 20 years, and I know what I want it to do. But I don’t play or do anything.

A: It’s quite amazing that you can really concentrate on what you should do. I’m always thinking about where I should put the snare or add compression and all this technical shit, but at the end of the day, what’s important is the overall thing. Maybe having people around me would be interesting because I wouldn’t try to do that.

RM: Anything different is good. Healthy.

A: Lately I started working with a friend, and it’s so unnatural for me. I get stressed.

RM: It’s hard to do the first thing in front of people because you’re at a very delicate stage: the beginning of a creative process. But you get used to that. I have to do that because I don’t play anything or program anything.

A: And you never played?

RM: No. Time and time again, I’ve had to to get used to a new scenario or a new group of people. 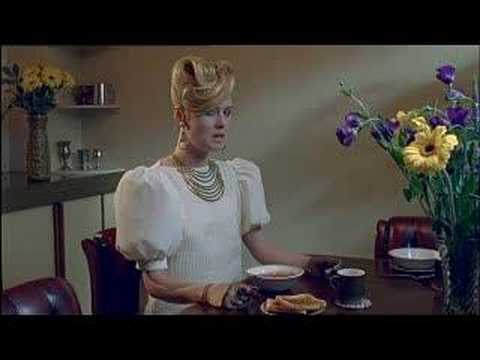 RM: I love it. I was in a relationship with the first person I made music with, in Moloko, and that went on for eight years. The fact that I was able to work with other people at all was kind of a shock to me. I thought all I could do was be with my boyfriend in Sheffield, away from the industry, where there was no pressure. I’ve been in the business a long time, but I’m not that experienced. When I was in Moloko, I was kept in a naive space, a bubble, and then there was another bubble between me and Matthew Herbert. And then on the last record I did, Overpowered, I worked with lots and lots of people. I worked in the way that you make pop records: all sorts of different producers, mixers, writers. In different stages of a song, you’ll be working with different sorts of people.

A: Composers as well?

RM: Yeah, writers and producers. With me, the producer is always a writer, a bit like yourself. [Making Overpowered] was one of my first experiences of being out there in the real world.

A: For me, that sounds so exposed.

RM: It’s a more industrial process. Less cottage industry, more industry, I’m quite proud in the sense that Overpowered has some unity, some identity. Although it was made in the way a lot of pop records were made, it doesn’t sound like them.

A: You have your unique sound, and it’s interesting to see all of the different vibes. Your voice is cool.

RM: I’ve been slightly envious of your ability to sit down with your gear and write whenever, wherever, however you like. But the music business requires collaboration at every single point, and you have to really embrace those collaborative efforts.

A: The more I grow up, I realize that I started from a place where I felt like I need to prove something to the world—that I’m a girl, and I can do it by myself. I’ve never played [an instrument] either; I just knew the most basic chord progressions. But the more I try to open myself to other people and new experiences, I realize how many amazing artists there are and how interesting and inspiring it is to work with and learn from them. 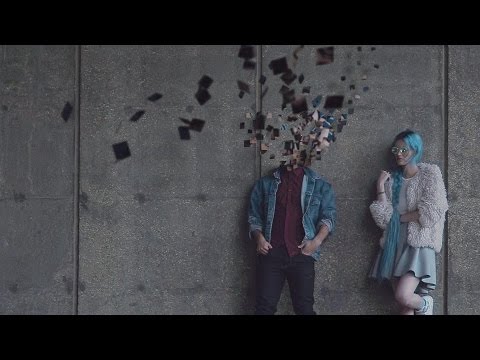 RM: For me, every single step is one off the side of a cliff, especially with the way I started with music, which was by accident. I chatted someone up, and he was a producer, and he wanted to put my chat on the piece of music. So the night we started our relationship, we were just messing about with me talking over tracks. I signed a record deal before I ever sang, and I started to sing because we got bored of just doing the stupid voices. In the beginning, we said we wouldn’t have our faces public, we’d just use these three dolls to be representative of the band. The first time I had my picture taken, the first time I did a video, the first time I sang, the first time I wrote a song—everything was always new, like, “What am I doing? How’d I fuckin’ end up doing this?”

A: What did you want to be?

A: I could have guessed that from your videos.

RM: I do like the fact that you can do a bit of [art] with this. Singing is a very pleasant thing to do, and then you’ve got all these other things connected to it. You can take a little space for yourself and make all sorts of imagery. It’s a great job for me. I love this job.

A: I always kind of hate when people say to me, “So you sing, and you also love fashion.” I don’t look at it as fashion; it’s another way to express what I want to express. It’s not like I watch fashion shows and criticize them—that’s not my thing. But because we’re girls, people have this way of looking at these things and judging them.

RM: I don’t know if you know an artist called Cindy Sherman, from the ’80s? She took pictures of herself. The first images she made looked like film stills. She was playing characters in all of her own imagery. When I found her as a teenager, I was extremely relieved, because I felt like feminism took a bit of the fun out of being a woman—the enjoyable bits, like roleplaying and fantasy and dressing up.

Obviously I consider myself a feminist. But typical old-fashioned feminism sucked the complexity and the joy of the feminine experience a bit. When I was growing up, I wanted to do what Cindy Sherman was doing: to create those fantasies, and revel in them, and own them. To tell stories, to say something complex that you can’t say in words and can only say in a performance. I always think about that when I’m making imagery, and I totally embrace clothes and whatever it takes in order for me to kind of… I think that men are held down in that way. They have to play a certain role, and a very dry one as well. I can be much freer in that direction, if I want to be.

A: Yeah, and it’s considered totally cool and okay to do it.

RM: I’m very hesitant to talk about feminist issues because obviously once you state, for example, that a woman’s work is not considered in the same way as a man’s work… It’s not judged on the same level playing field. There are certain assumptions. Certainly there’s an assumption that [a female artist] wasn’t really 100 percent in control. I’m always in control of what I do. Then, on the other hand, if a woman is in control she’s told she’s a control freak.

RM: “Oh he’s a genius. Visionary.” But to say it also puts it in concrete. You feel like you almost put yourself in chains by saying it. But it’s bullshit not to say it, too. It is frustrating at times.

A: One of the reasons I wanted to play all on my own on stage was because I used to play with my boyfriend. He was drumming, and each show we had, people came to me and were like, “Oh, he makes amazing music, his productions are so good.” And I wondered why they assumed that he made the music, and I just sang. On the other hand, I really don’t like coming off as a feminist who fights for her rights as a woman. I believe that the best way to make a change in that area is just to prove people wrong and be who I want to be without any connection to my gender.

RM: You don’t want to be stuck with any of those ideas. You want to have a bit of fluidity, which you could say that men don’t have either, for various reasons—that ability to adapt. To be considered [as a woman] as having the ability to be pragmatic would be great, because none of us would be here if we didn’t.