Yesterday we revived our multi-part feature on Rotterdam by plucking an interview with Clone Records boss Serge Verschuur from the magazine archives. The second installment dives deeper into the Netherlands’ legacy of harder-than-hard techno with a monologue from the last member of the famed gabber collective Rotterdam Terror Corps, DJ Distortion. Founded in 1993, the Corps consisted of five artists who pioneered Holland’s ultrafast style of techno. 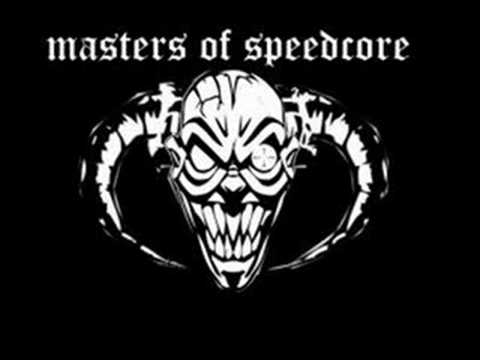 “I would say that in Holland, the real boom in electronic music can be traced back to our infrastructure. Everything is really close here and public transportation is excellent. In fact, you can probably go by bicycle to most parties. That, combined with incredibly tolerant drug laws, helped to create a booming scene. Also, 20 years ago, if you needed a license to throw a party in some public space, you just asked politely and you almost always got it.

That was then. These days, things are a bit different. The police demand 20-page descriptions of exactly what you want to do and how you want to do it. I suppose it’s somewhat understandable, because there have been deaths at gabber parties…but that can happen anywhere. One guy actually committed suicide at a Rotterdam Terror Corps party, but that had nothing to do with the music. At least that’s what the police said based on the note he left.

Gabber is homegrown, but our biggest market is currently in Germany. And we’ve sort of stopped calling it ‘gabber.’ That became a bad word in the late ’90s, because it was so closely connected with advertising and commercial bullshit. When companies started using gabber to boost peanut sales or whatever else they were selling, it stopped being cool. Now we just call it ‘hardcore.’ But really, anything can be hardcore. Speed is not the issue at all—it can be 96 BPM or 300 BPM.

Naturally, some people start giving it different names the faster it gets, like terrorcore, splittercore, or speedcore…but really it’s all derived from the same thing, and that’s house. I can’t deny that speed and BPM played a role in the beginning though. One of our first tracks was ‘I’m a Gabber Baby,’ which was the hard, tough boyfriend of ‘I’m a Raver Baby.’ At the time we were like, “’Raver Baby’ is cool, but it’s only 120 BPM—let’s go for 200!” Boom! Boom! Boom! We wanted to make our friends smile and our parents cry. As soon as your parents like it, you’re doing it wrong…even though my parents learned to like it because I’ve been doing this for so long and my father’s pretty open-minded.

Back in ’95 gabbers were all over Rotterdam with their Kangol training jackets or bomber jackets, shaved heads and Nikes. It was like a uniform for them. These days, gabbers just follow fashion. I mean, we stopped selling Rotterdam Terror Corps bombers in 2006. In general, the whole hooligan connection is pretty much a thing of the past. Of course, what we do is completely apolitical and the hardcore and gabber scenes were always mixed in terms of race—Rotterdam Terror Corps especially. One of our DJs is Surinamese.

But there are some black sheep, tough guys who can only identify with fascism because they’re total meatheads. But they’ve pretty much disappeared. I would say the scene in Holland in general has also gotten a bit smaller. We used to play three or four nights a week in Rotterdam alone. Now there are maybe three gabber parties a week in the entire country, though the worldwide gabber scene has gotten huge. Paris, Tokyo, London, New York, South America, Mexico, Ecuador Hardcore.

All over the world, gabber is very much connected with images of terror and horror, like all the flyers and posters with devils, skulls, evil clowns, guns, knives…It’s an image thing, and it’s pretty strongly connected to metal too. Rob Gee, Delta 9, the Industrial Strength guys in America—they’re all really into metal. And hardcore parties, like metal concerts, are also 80 percent male. Surprise, surprise. This isn’t a Katy Perry concert. But the girls that do come get treated with total respect. After I convinced a friend of mine to go to her first gabber party, she was shocked: ‘I thought I was ugly! I looked great and nobody touched me or even looked at me!’”

This article originally appeared in the Winter 2011/2012 issue of Electronic Beats Magazine. Click here to read more from the magazine.