Sampha Sisay has a quiet, shy demeanor that belies the attention he’s received as an artist. The Young Turks-signed singer, songwriter, pianist and producer had an auspicious start in 2010 as the producer of his own solo material and a vocalist/collaborator/live band member for SBTRKT, but it wasn’t long before his work caught the attention of pop stars like Jessie Ware, Drake and Kanye.

Given the high-profile nature of much of his work, it’s odd to realize that Sampha’s new album Process is his debut full-length. Demand as a collaborator and a series of family illnesses meant his time and attention was divided between various things for years, but he’s finally found the time to deliver on the solo promise of his 2013 EP Dual. Although it was a long time coming, Process reflects the care that he put into it. Richly textured and carefully arranged, it has a complexity—both musical and emotional—in its modern symphonic soul sound that may take a few listens to sink in but stays with you long after you’ve turned it off. Alongside the songwriting, that’s due to the stark honesty of his lyrics, which are intensely personal and delivered in a heartbreaking falsetto. We met in Berlin on a hot day last summer to discuss the warmth of his family, how his music serves as the primary outlet and expression of his emotions and what he’s learned from the biggest names in music. 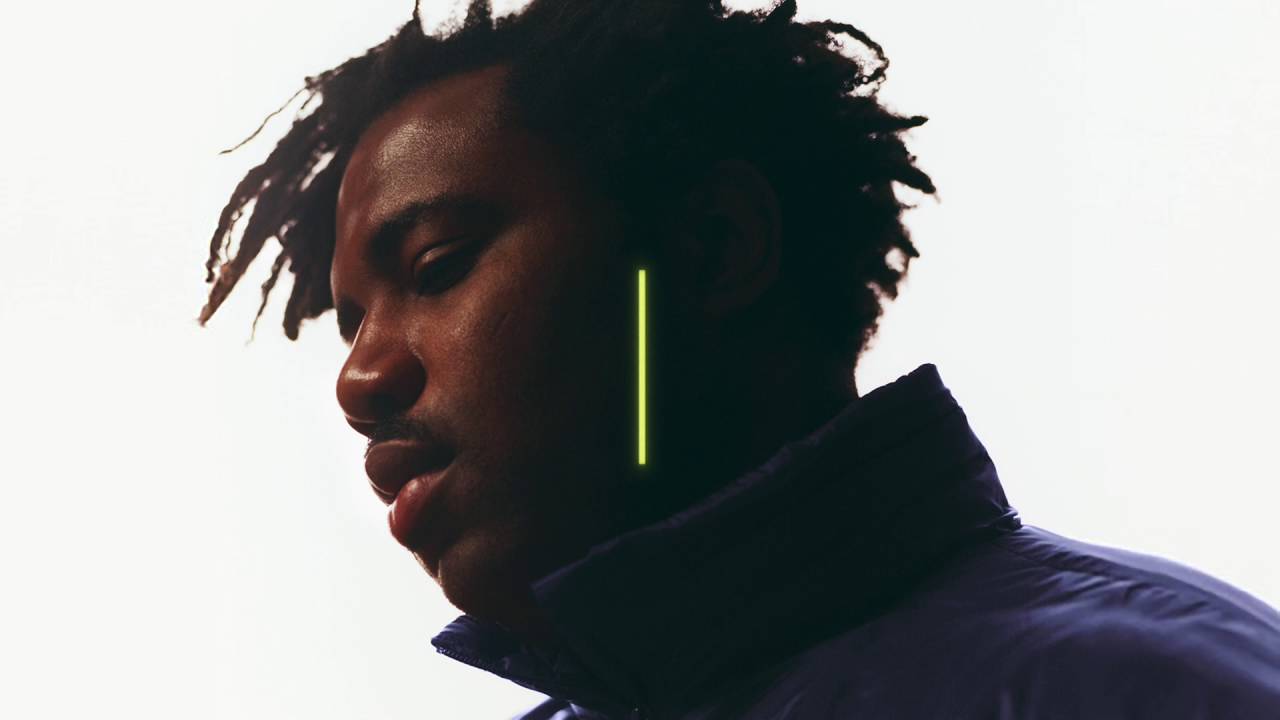 Your debut EP, Sundanza, and the one with SBTRKT (“Break Off”/”Evening Glow”) both came out in 2010 and seem to be sonically related. But after that your sound changed quite a bit. The shift became really apparent with Dual, which came out in 2013. Can you talk about what happened in between?

I guess I started growing up a little bit. I was thrust into the bigger world, and maybe I calmed down a little. Also that was around the time when I started using a new production software, Logic, which naturally changed my sonic aesthetic. I was using Reason beforehand. I think I was just into a different thing. I wouldn’t say I was more superficial, but I had a different perspective on life. I think a lot of that was me not actually experiencing things—before I had no idea of what a record label does or what performing in a venue was like. And maybe also the music that was happening around me, people like The xx or whatever, opened my ears a bit.

There was also quite a lot going on in your personal life and your family during this interim period, right? When you mentioned growing up, it sounded like you were talking about musically growing up, but…

Yeah, I had a lot going on from 18 to 19. My oldest brother had a serious stroke when I was that age. He almost passed away, and now he’s living with the effects of that. Then my mum got diagnosed with cancer. So those are heavy realities that happened. I made some demos just before all of that kicked off. I guess music is a documentation of where I am. Sometimes it can be a bit, “Oh my gosh, I was so…happy.” [laughs] Not happy, but I guess the “innocence is bliss” line comes in. That is also the deeper undercurrent.

It sounds like your family was really key in your musical development.

Yeah. I’ve got four older brothers, and in terms of musical knowledge, I feel like I’ve been well nutritioned. It’s an extremely supportive family, and they’re all into music—they’re passionate about it. I don’t think they’re living vicariously through me or anything, but they have said, “If I could, I’d do what you’re doing.” I’ve got an older brother who writes [music], and he opened me up quite a lot because he has his own taste. I’d be walking into his room or his flat and he’d be listening to The Clash or The Strokes or Brian Eno or Mos Def. He has no limits to what he’s listening to. And that was extremely important for me. I was opened up to stuff very early; that’s just the view I have.

The music you put out from Dual onwards is a lot more soul-baring. It feels really intimate and personal and it’s very sensitive. I think you said in an interview that you feel a lot, and that really comes across.

Yeah, I guess there’s a lot of times when I don’t express that outside of music. It’s weird—without music, maybe people wouldn’t know what I’m feeling or how much I do feel things that I can express through production. So it’s very important. And it’s what happened naturally. There’s an element of calculation—obviously, I’m sitting down and producing something. But the actual roots of it are very cathartic: it’s a place where I can speak about things or feel emotion. As much as I feel a lot, you can get quite numb to everything. Things just happen and you can be passive to everything that’s going on around you and not really appreciate what you’re going through. 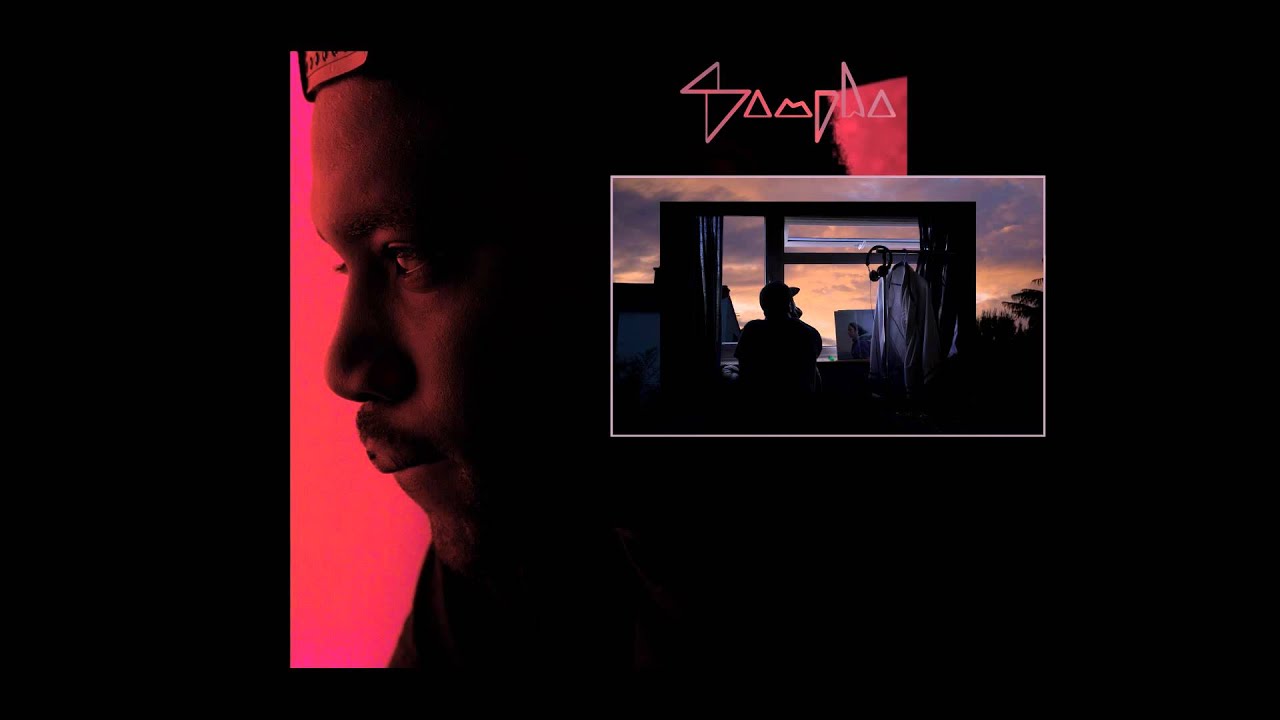 One of the things that I find interesting is that you’re a node that connects many musical scenes. You connect Young Turks, dance producers like SBTRKT and Lil Silva plus artists like Kwes, Micachu and Dels and major rappers and pop stars like Drake and Kanye. What do you think it is about your music that attracts all of these different kinds of people?

I dunno. Essentially, genre is a weird thing, and very rarely do I have the experience where it falls away from my mind. I’ve only had a couple of experiences where I’m like, “Oh wow, I’m not even thinking about genre.” I might be listening to some Malian music or whatever and realize that this certain tempo is the same tempo as hip-hop and there’s so many crossovers that I wouldn’t necessarily think of. I’m into a lot of different types of music; my ears are open. But I think a lot of it has got to do with the fact that I sing and I’m a songwriter. That’s the connection that means maybe I can cross over that bridge. At the same time, I’m into production and electronic music.

That sounds about right. But I was also referring to the social aspect of it.

Yeah, it’s weird. I used to talk to Kwes a lot through MySpace. He loves Kanye, for instance. And [Kwes] heard of me really early, when no one was really listening to me, but he said to me, “Yeah, one day people are going to listen to you—Kanye will.” That was all I could dream of; I was like, “Oh yeah, whatever.” But he had that vision, and I didn’t. Even though from a young age I was listening to these guys and kind of had that thing—”Oh yeah, I’d love for them to hear my stuff”—it always becomes a little bit different in reality. But there’s always been that connection, so it’s not completely separate worlds. These guys know of these guys.

You seem really humble and self-possessed, so it’s really interesting to think of you in a room with personalities like that. What was the most important or useful thing that you learned from working with Drake or 40 or Kanye?

There’s always something about meeting the person. From the outside looking in you don’t always appreciate things because they’re just there, so you have the realization that things actually aren’t just there. People are actually doing things. With Drake, I realized how talented he is. His ability to write—he just sat there, wrote something, looked at his Blackberry, got in the booth, and there was a record coming out almost straight away. He’s quite prolific. And also his vision—just him being a really determined person. Like, talking about his album and the future and being really confident in the future. I think it takes a lot of guts to think about the future. With Kanye, my realization was more about accepting that you can be at different places at different times of your life and you don’t necessarily have to adhere to the way you were. For instance, for him it’s come into this thing where he doesn’t have to be in a room producing by himself anymore. That’s not where his head and mind are at. He can have people helping him with production. It’s very much open-source. That’s how he does his thing: letting people in, discussing ideas. That’s just the way he works.

In my head, I realize that I’m not really doing anything by myself anyway. Even the computer I’m on, the laptop, the software I’m using—someone’s made that. Every part of your existence is interconnected. There’s nothing I’m truly doing by myself. I didn’t really work with other people on my own music. I was mixing my own stuff, recording my own vocals, and I don’t necessarily have to do that. At the same time, if I want to do that, I have all the right to do that. It’s more that I don’t feel like my authenticity is going to be diluted by working with other people, because you’re living in a false world if you think that, anyway.

Were there any musicians you admire who you really learned something from as a pianist or as a singer or anything like that? Because I get this real sense of symphonic soul. That’s how I would describe your music.

I guess it was 4 Hero. Obviously their remix work, like “Black Gold Of The Sun” and “La Fleur”. Through that, I listened to the Rotary Connection and that whole psychedelic, orchestral soul thing. That hit me hard.

That’s interesting, because in your music I hear a lineage from Stevie Wonder.

Talking about the big one is Stevie Wonder. He’s up there. The fact that I listened to his stuff when I was seven and I felt the same as I do listening to him now is very rare. It really is magic, I think.

You sing, you play instruments, you produce electronic tracks—what do you find the hardest and why?

I find correcting things the hardest. Or consciously thinking that something has to be different once I’ve actually done it. Mostly, making music is I would say natural or even spiritual. Like I’m talking to you right now, I don’t think about the words I’m saying; they just flow out of my brain. The same thing with singing. That’s why I think spirituality is for me just not knowing and things kind of happen. It’s when you consciously edit things. That part of things is always the hardest. Doing it and feeling it—you don’t have to think about at all.