Minimal.LT is like a family. It’s a community of about 10-20 people who organize regular events in Vilnius, Lithuania and the Supynes Festival. This year is the 14th season of our Minimal Mondays party, which we throw every week. We hosted our indoor season at [the club and cultural center] Kablys, and we just opened the outdoor season at Vasaros Terasa, which means simply “summer terrace” in Lithuanian. We also have more house-ish or more experimental techno parties once or twice a month on weekends. So when we started Supynes Festival in 2006, we already had a following of people who knew about and came to our parties.

Supynes Festival is kind of a summary of what we do throughout the year with our club nights and a big anniversary for festival-goers and anyone involved, like musicians, artists, promoters, lighting and sound technicians, people who work with the installations and so on. A few days ago Mantas T, a DJ who has played at every Supynes, told us that the festival is like “summertime Christmas and New Year’s Eve.” It’s become more and more like that over the years we’ve done it, and of course it’s also grown considerably. At this point it’s one of the biggest festivals of its kind in Lithuania. In 2006 maybe two or three hundred people came; in 2015 we had almost 5,000. That was our biggest year because it was our tenth anniversary and we wanted to have some kind of fireworks to celebrate. So we booked bigger artists than we had in the past, like Ben Klock and Ryan Elliott and other Ostgut Ton artists, to give ourselves and the people who come a little present. We wanted to do what a big festival does but maintain the specific feeling of Supynes; that you’re in the middle of nowhere, in wild nature.

But afterwards we realized we had reached a point where we needed to rethink, restructure and recharge. Some of the Minimal.LT team members were like, “We started small. Do we really need this?” So we went back to the mantra “less is more.” We wanted to make the festival a bit smaller again and focus on its soul. When we started organizing the 2016 edition, we also had problems with the permits, and we eventually decided not to go through with it—but there wasn’t just one reason why the festival didn’t happen in 2016. We were still active in local clubs, but we felt that we were missing something. Nevertheless, nobody really expected that we were going to come back in 2017, so when we announced this year’s festival last December people were really surprised. We received emails and messages from our fans, many of whom were happy about our come back. Others just reacted to our new, different artwork. We change the festival a bit each year, design- and artist-wise, but since we didn’t have one last year, we wanted to make the change bigger to surprise or audience a little bit. They were probably thrown off by our new aesthetic design and thought, “Hey, this isn’t the same Supynes…!” We’ve told them that in general, nothing is changing. Supynes is still an electronic music festival dedicated to more deep, hypnotic sounds.

Of course, things naturally change—we couldn’t just book minimal techno for 100 years. But there’s still a sense that we need to prove that Supynes will have the same vibe this year. The artwork and design is changing and the lineup is a little different, but the main idea is not changing. In fact, this year it’s even closer to how it used to be than it was in 2015, because we’ve come back to the idea that less is more. Somehow in 2015 perhaps our philosophy became “more is less.” But in 2017 we’re expecting fewer guests: 3,000. And we’re not advertising as much. We’re only really advertising on Facebook because we want to make it a priority to invite people who have participated in Supynes in the past. 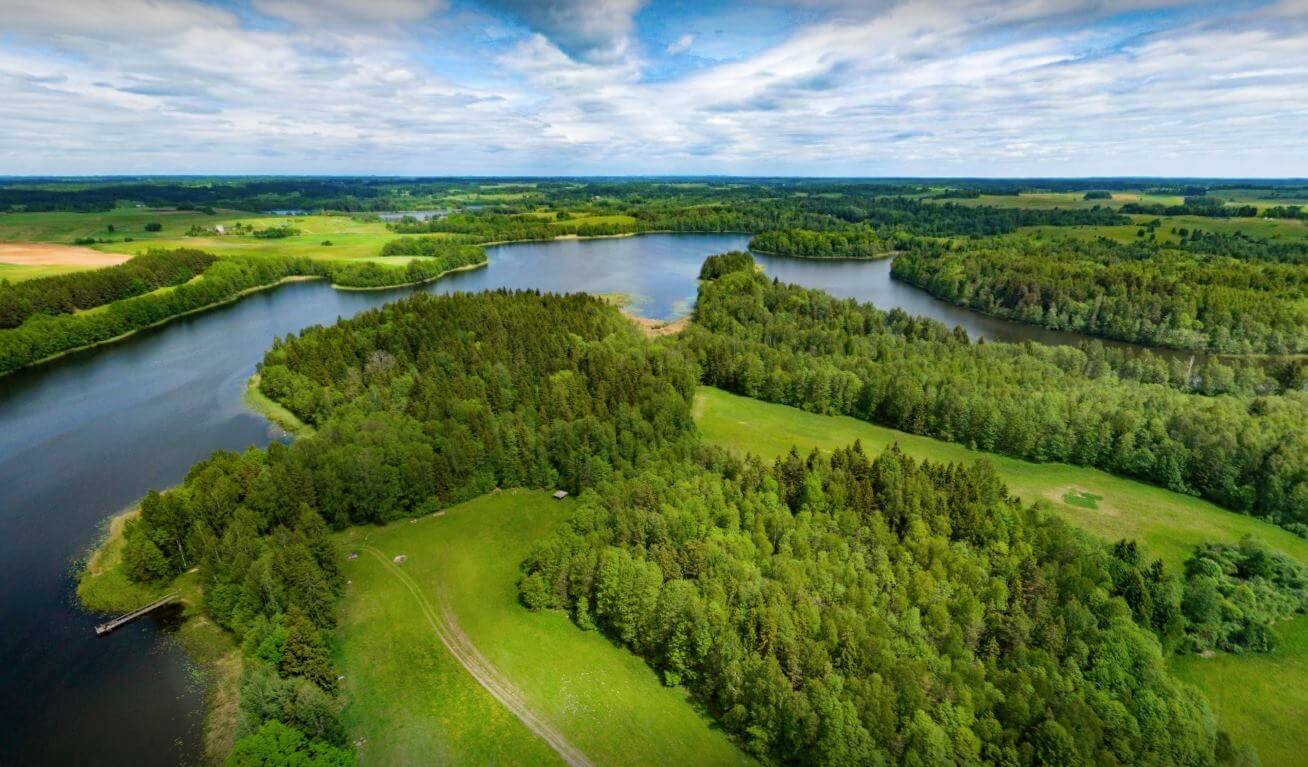 We also changed the location due to our trouble with the permits, and we haven’t had those problems with the new location, which is an island in the middle of the woods. Supynes has always been about the woods and the water; we would never consider anything else. It’s a well-organized festival, but there’s a wildness to it because we’re all out in the middle of nowhere, surrounded by all these old oak trees and the water. We’re planning buses that will take people to the site every few hours from a town about 50 kilometers from there.

We wanted to make the design more unusual and have a more tribal influence. The lineup is even more heavy and kind of dark, and there aren’t a lot of big names. We have about 70 artists, and about 45 or 50 of them are locals—so only about 30 percent of the artists we’ve booked are guests. A lot of Lithuanian artists really want to participate in the festival and applied to play there, but unfortunately we didn’t have enough space to include everybody. We try to add the most relevant and interesting artists that might become the “next big thing” to our lineups, but unfortunately there’s not enough space to include everyone we want to book.

Nevertheless, we believe that Supynes and festivals like it make the scene stronger. It motivates people when they have the opportunity to participate in a nice, high-quality event, because they can perform for a really good audience with good sound surrounded by breathtaking nature. We think those who come to Supynes get enough inspiration to survive until the next one—at least, that’s what we’ve heard. Someone even blogged about phases you have to go through when waiting for Supynes and the sadness that happens after!