In case you haven’t noticed, we’ve been in ADI-mania mode since we met her at Berlin’s Funkhaus studio during the week of our TMTS program. Since then we’ve featured her in our magazine, premiered her stunning video for the track “Chinatown” and hosted a handful of performances by the Israeli songwriter, including three appearances at our spring festivals in Warsaw, Bratislava, and Prague. We met up with the Jerusalem native in Warsaw for a polite chat about her current hometown, Tel Aviv, which is the subject of the city feature in the latest issue of Electronic Beats Magazine. However, the exchange quickly spiralled into an interesting conversation about what’s going on in Israel, how it feels to have grown up in the conflicted country and her hopes for change. 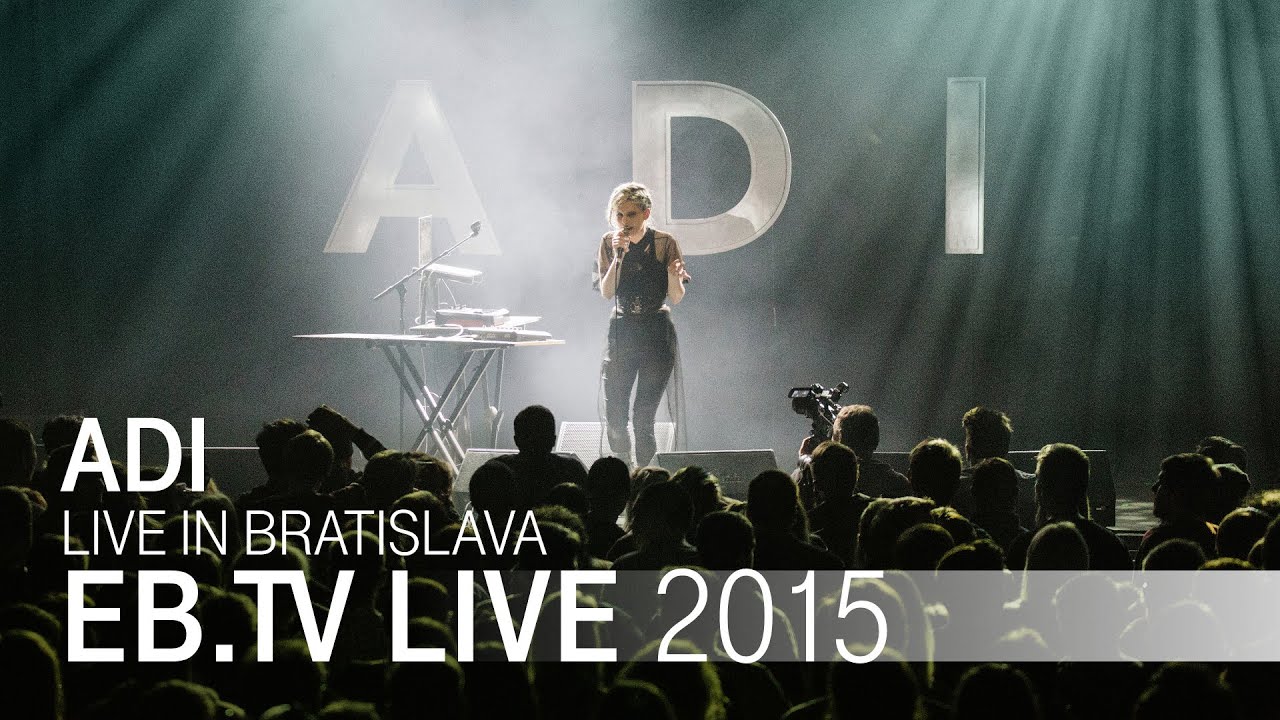 Hi Adi, nice to see you in Warsaw. When did you get into town?

ADI: I came yesterday from Tel Aviv to Berlin and then here.

Was it a long journey?

Tel Aviv pretty close, but everything is so different that it feels like it’s on the other side of the world. Israeli culture is really different because we’re exposed to many different cultures, so the mainstream in Israel is really distinct, and most of the music has lots of ethnic elements. In the last few years we were exposed to Europe’s underground electronic music scene, and in Tel Aviv we have a lot of amazing music going on, but the rest of the country is really different, musically and culturally in general.

Have you absorbed an equal amount of the European underground influence and the Arabic influences? Your music sounds more in tune with what’s going on in Western countries.

When I started producing my music about two years ago, I had a lot of Arabic and ethnic influences in my music, which was kind of weird because I’m not sure how much I was really exposed to that growing up. Today I feel like I’m much more affected by music from the US and the UK, or Europe at large. I’m not focusing on what’s going on in Israel, and I don’t feel like I’m “representing Israel.” It’s my home and I love it, but that’s it.

If you went to a techno party in Israel, would you hear the same music that you’d hear around here?

Yeah. We have lots of cool gigs from abroad, and things that are super hyped in Europe come to Israel as well. It’s just that there’s less of that sort of music, because of the whole political situation, which affects everything. People are less interested in coming to Israel.

How often have you come to Europe? You’ve been around quite a bit since you came to Berlin for TMTS, but what about before that?

I used to be in the UK a lot and played quite a few shows there. I get to come to Europe at least six times a year.

Do you find international audiences receive your music differently?

I was scared of going to the US for the first time because I was really used to playing in Europe, but it was a lot easier in the US. I think Europeans are a bit harder to impress and to get them to actually move. I felt like Americans just wanted to have fun and drink and enjoy the gig. I was born in Jerusalem, and I always compare the difference between Jerusalem and Tel Aviv to the difference between Europe and the US. People in Jerusalem can be judgmental and they won’t get out of their comfort zone and let go. Once I moved to Tel Aviv, everything was chilled, easygoing and relaxed.

What do you think accounts for that cultural difference between cities in Israel?

Jerusalem is a really complex city. We have Arabs, Jews, lots of really religious people and people that are not. It’s very intense, and you can feel that when you walk down the street. You have to have armor there, whereas in Tel Aviv people are lot more open-minded and relaxed. There’s a beach, and it’s a different vibe.

What inspired you to move to Tel Aviv?

I studied music production and sound in Tel Aviv while I was still living in Jerusalem. A lot of people move to Tel Aviv, especially artists. It’s the center of Israeli culture, so you kind of have to be there.

So you started producing two years ago, but you were doing music production in school before that, which means you had an interest in having a career in music, right?

What kind of band?

It was kind of electronic rock, post-rock. Ugh. I don’t like it now, but I think the fact that we combined electronic music in what we did made me want to do it myself and to be able to express myself using the computer. I felt like I was trying to tell the other people in the band, “Let’s try to do this,” but you can’t really express what you want to achieve without actually trying to make the specific sound you want to create and have in your mind. It’s really hard to communicate a sound; it’s not a visual thing where I can sketch something. It would be a lot easier and fun just to be able to do it myself.

Is there a local Israeli scene that becomes insular, so you might be famous in Israel but not elsewhere?

There is. Hebrew music is a big scene. You can be really successful, but it’s in Hebrew and that limits your audience. There are a few “cool” musicians who sing in Hebrew, but even though they’ll tell you they fly around the world to perform, it’s just in Jewish communities; it’s not like they’re playing huge festivals. But there are also artists like Asaf Avidan, who grew up in the same neighborhood as I did. I remember him as a part of the music scene that I grew up in, and then he blew up and now he plays all over Europe. Like me, he doesn’t feel like an “Israeli artist”; he’s just an artist who was born in Israel. It’s funny that I say that, yet I just talked about Israel for half an hour.

Well…get used to it. Most interviews you’ll do, especially as people get to know you, will probably have to do with Israel—and maybe you’ll embrace that. Sometimes the frustration with artists is that they have the platform to address difficult topics and acknowledge people who don’t get enough representation in the mainstream. It’s like, “Listen to what I’m saying because everyone listens to you and no one listens to me.” So you’re probably going to get asked about Israel all the time, and maybe it’s your chance to listen and to speak.

Most people don’t understand what’s going on in Israel; me neither. I’ve gotten into all the political issues, but unfortunately the dramas feel distant when you live in Tel Aviv. It’s a cool and fun city. It was weird during the war last year, but most of the time it’s just a fun city to hang out in, so you don’t feel like a part of the fighting. Then when you watch the news, it’s like “Really? This is happening here? Am I not aware of where I’m from and where I live?”

We have an election in a few weeks in Israel, and although I was never into politics, during the past couple of months I started to feel like we have to do something. The fact that I have some followers in Israel makes me feel like I have to use that and express what I feel and that we have to change something. It’s not like I have a grand plan for Israel. It’s just that I feel what’s going on right now is wrong and we have to take advantage of the fact that artists have the power to effect things and do something. I hope it will help.

It’s interesting to hear an Israeli person talk about this. Are you saying that what’s going on there on Israel’s behalf is wrong? I’m curious because over the past year or two I’ve noticed a shift in liberal attitudes toward Israel. I grew up in a blue state where being anti-Israel was not acceptable. Then there was a sea change, and now it seems like liberals are categorically anti-Israel.

I just think it’s a lot more complex than being pro or anti Israel. We’ve done some serious mistakes and they’ve done some serious mistakes: that’s life. It’s not that we’re wrong and they’re right or the other way around. It’s so much deeper than that. I feel like people don’t want to grapple with the complexities, that we have to make a change and so do they. We have to go towards each other. Still, I feel like I don’t know what to do. I don’t want to say that I have an expert insight into this.

You said a lot of your following is from outside Israel. Does your nationality impede you in any way? For instance, are other countries unreceptive to you because you represent to them a country they don’t support?

During the war we had in Israel last year, I got a few comments on Facebook, like “You Israelis…” I was like, “Ugh, seriously? Why?” I don’t feel like it has anything to do with me on a personal level. But I can totally understand that, on the other hand. I feel like you have to see both sides. I can totally get that Palestinians feel like they’re under attack, and that we feel the same. I don’t judge. I get it. Maybe I shouldn’t talk that much about being from Israel.

We can move on. Oh—[To the booking agent, who has approached.] Are we out of time? OK, we’ll stop.

I thought you were coming over here to tell me not to talk about Israel.