Sometime between the vinyl renaissance of 2013 and the arrival of over 100,000 new residents to Berlin, Christian Pannenborg rented a space in Kreuzberg and opened a second-hand vinyl shop. It was called The Record Loft. The shop prospered at Kottbusser Tor, an area struggling to maintain tenant rights in the face of rent hikes that have proliferated throughout the city over the past few years.

The shop was forced to announce its imminent closure in December 2016. Pannenborg cited “dubious reasons” for the termination of its lease. It looked like yet another cultural idealist left behind in the search for a less noisy and potentially higher-paying new tenant.

In the case of The Record Loft, the location had lost its allure: Pannenborg was no longer happy being based at the notorious Kreuzberg hipster hangout. “There were all these teenage gangbangers and this obnoxious behavior towards girls,” he told us in an interview. “It was so opposite of what the shop tried to represent.” 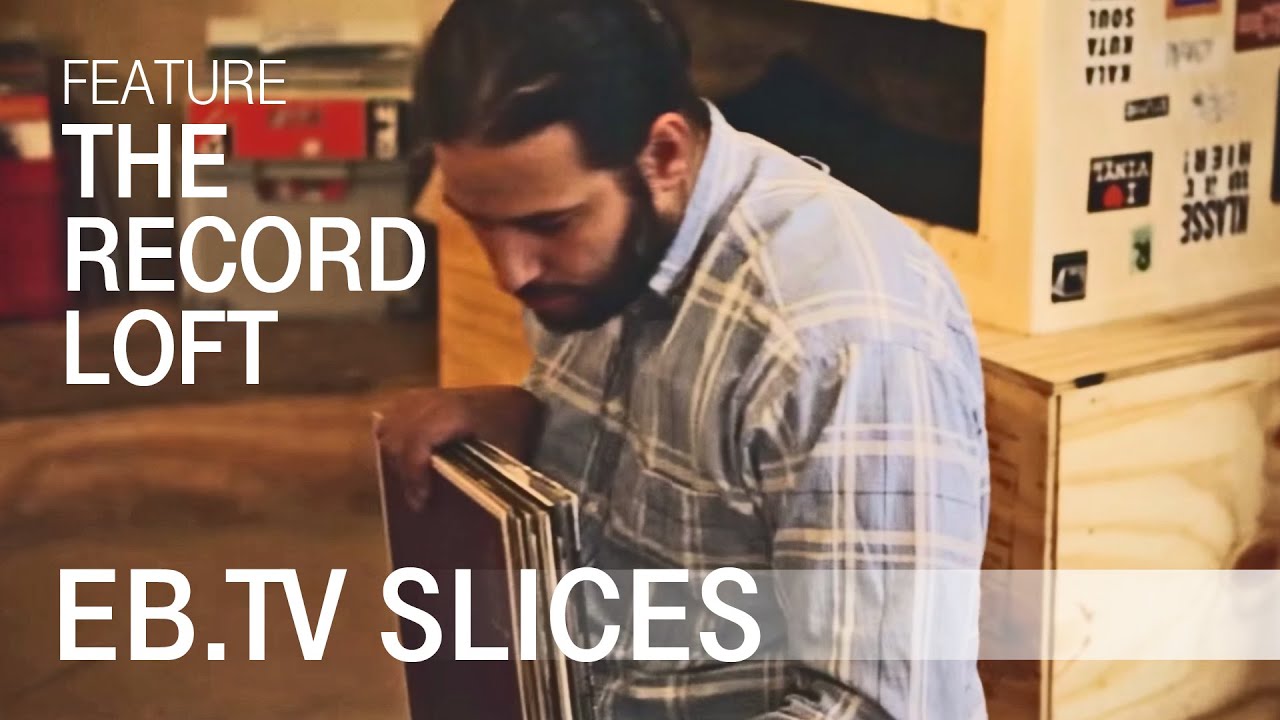 The storefront that Pannenborg is planning to reopen will be located just a few meters from Griessmuehle, the popular nightclub situated in a former canal-side grain mill. In relocating to Berlin’s southeastern neighborhood of Neukölln, he hopes to try to change the way that people stumble upon his small cultural bubble and to foster a culture of seeking out, rather than running into, his store’s special musical selection. Its seclusion might also help to prevent noise complaints, which became an obstacle as the store was forced to end its tradition of intimate in-store performances.

“Every month we would have guests, people coming from Detroit, or people from Chicago like Boo Williams,” Elena Puente said, a Record Loft employee who makes music under the moniker Alienata. “You would see the masters in action, and that gave a lot of life to the place.” But as complaints mounted, the future of The Record Loft—situated in a back house, surrounded by densely packed apartment buildings—looked doubtful, and it eventually closed.

“All of a sudden there was mail at my house and it said, ‘We are terminating your contract,’ and there was an end date,” Pannenborg added. “For maybe five or six hours I was totally struck.”

While closing the shop was involuntary, Pannenborg said it was liberating. Now free from the physical and mental strain of running a business, he’s had time to reflect on what The Record Loft will be when it reopens. “I try to see the shop in its new endeavor more as a transitory intervention,” he said. Part of that transition involves actually reopening, which he says will happen sometime next week.

And while The Record Loft does look like it will recover, Marc Wohlrabe, a founding member of the Berlin Club Commission, a local organization that controls the cultural and economic lives of clubs throughout the city, has seen many similar projects pushed to the fringes or abandoned altogether.

The lack of space that the city faces today is a result of municipal decisions made over a decade ago. “In the time between 2001 and 2011, the government decided to sell space that was originally owned by the city of Berlin,” Wohlrabe said. “They privatized it and sold it to investors.” The government, now dealing with 60 billion euros in debt and a rising unemployment rate, acted hastily to seek out a short-term solution. But the social and cultural costs of those hurried dealings continue to create obstacles today.

Wohlrabe wishes more time was afforded to cultural projects. “People with heart and ideas and maybe a network—but not so much money—need time to become more professional,” he said. “But ‘time’ means five to 10 years, not two or three.” The Record Loft only existed for three.

Like many of the city’s most important music hubs, The Record Loft was a center for cultural diversity, and it grew in notoriety quickly. Mario Resta is a former employee of The Record Loft; he started working there in its fledgling days as a storefront operation on Kreuzberg’s Mehringdamm. For him, the value of the shop was in its utility as a musical resource. The Record Loft became a place not only to have a beer while waiting for a friend, but a place for earnest music education. “It was full of freedom, a kind of place, where everybody could connect but there was also competition,” Resta said, who produces under the alias Exterminador. Although it was a fundamental part of his artistic coming of age, it wasn’t always easy to dig there.

Puente recalls moments of new customers coming in only to be overwhelmed at the quantity of records. “When we were working, we would say, ‘If you need help just ask,’” she said. “They would go to a part in the shop, maybe pull out two records and just leave.” Pannenborg has hinted at increasing the level of organization, if only slightly.

“I could see how customers felt let down if you had to tell them that all the records they picked were rarities, collectibles or more expensive kind of loot,” he said. While a simple color-coded system would save the staff from delivering bad news, it won’t change the laid-back, living-room attitude Pannenborg has instituted since the start. “If you start to be really tidy and explicitly streamlined then you’re just fitting into that outside world that the people are trying to build an alternative to.”

But while some guests were daunted by the store’s selection, many of Berlin’s most ardent record buyers returned knowing that Pannenborg kept a diverse and high-quality selection in stock. These are the same people who, in The Record Loft’s absence, are hoping that its broad and off-beat selection will eventually find another physical home. The supply of space in Berlin is dwindling, and fast. As more businesses like The Record Loft get pushed out due to environmental disturbances—like sound—the already-small number of affordable options is diminishing further.

This spatial reduction is in large part due to Berlin’s recent onslaught of new arrivals: more than 130,000 people have moved to the city since 2015. With a vacancy rate of only two percent in some areas of the city, spaces are difficult to obtain and many international newcomers are willing to overpay in rent. It creates a catastrophe for creatives. Deutsche Welle reports that approximately 18,000 new apartments are needed to satisfy today’s demand, but only 10,000 are being built annually.

As landlords look to their neighbors and notice higher rates than their own, they often raise their own rents to follow suit. According to Der Tagesspiegel, rents in Berlin rose almost 10 per cent between 2015 and 2017. In circumstances regarding sub-leases, private,or short-term rentals, there’s not much the government can do to regulate costs.

For small businesses, this means that the line between sustenance and surrender is thin. As a result, online shops are becoming an increasingly attractive alternative. But transitioning to an online platform curtails communal growth and negates the work done by projects like The Record Loft. With more online enterprise inherently comes less face-to-face interaction.

Instead, neighborhood demographics change as higher income brackets move in and replace those no longer able to afford the life that cultivated those districts’ initial cultural growth. The evolution of other urban metropolises like London, New York and Paris serve as testimonies to—and to some, as warnings of—the future of Berlin.

In spite of these difficult circumstances, however, Pannenborg will continue to log hundreds of kilometers in his van in search of records to further The Record Loft’s extensive musical narrative. As the largest purveyor of second-hand vinyl in Berlin, The Record Loft was a place to tangibly experience the evolution of electronic music. “You cannot really understand 30 years of electronic music in five minutes on the Internet,” said Resta.

The increasing prevalence of online streaming outlets like Spotify and SoundCloud can undermine the value of authentic personal discovery. To Pannenborg, that sense of exploration is worth celebrating. “Visiting a record shop and getting involved with music, listening to it, understanding it and being in the natural environment of records, isn’t that an emotional state?” he said. “Isn’t that a hobby in itself?”