Without giving in to hyperbole, it’s fair to say that Marcel Dettmann has played a defining role in contemporary techno through his work as a DJ, producer, and label chief. The Berghain resident’s eponymous imprint, MDR, is home to a privileged inner circle of producers he also counts as friends, including Answer Code Request (AKA Patrick Gräser) and Kobosil. Gräser and Dettmann’s history goes back to when both were teenagers with skateboards in their hometown outside Berlin, where fellow MDR artists and Berghain DJs Norman Nodge and Marcel Fengler also got their start (apparently there’s something in the water). Kobosil, on the other hand, represents a generation of young Berlin-bred producers for whom Dettmann’s marathon sets provided early inspiration. Following the release of a varied and muscular MDR compilation last month, we sat down with Dettmann, Gräser, and Kobosil to find out what it’s like having Dettmann as a mentor, and what Dettmann himself is looking for when grooming talent for the label.

Marcel Dettmann: Patrick [Answer Code Request] and I have known each other for almost 20 years now. I remember the first time we caught up with each other, when a mutual friend had told me about him. Back in the day, we were both skaters. I was 16 or 17, and a skate park had opened in our city.

Answer Code Request: It wasn’t really a skate park—it was more like a parking lot with a ramp.

MD: That was where the cool people hung out—mostly hip-hop people with baggy pants. We were more into techno and drum ‘n’ bass. At that time I also had a party in our hometown, and Patrick joined me sometimes. He’d come to the place and start DJing.

ACR: He sold records at his mom’s place, actually. He told me, “Hey, if you need some records, or you’re interested in house or techno, you can come to me.” So I started going to his house every week, because he was always getting packages.

MD: I got two big packages every week, because there wasn’t really a store for this kind of electronic dance/techno/house scene. I opened a little record distribution company in my own room, and then Norman Nodge and Patrick and some other friends came to buy records, which I got from distributors in Germany like Hard Wax. That was the hot spot where we all met and had a beer or had a coffee together and talked about music. Once a month, we had a little party in an alternative punk club called Park Club. It was more like a concert venue for punk bands. Patrick and Norman and Marcel Fengler, who’s also a close friend of ours, played there in the late ’90s.

ACR: Since then we’ve been good friends. I was releasing music under my own name around 2008. That was when I really started to produce.

MD: Patrick was coming up with new music for years, and after a while we reached a point where I really got into the vibe he still has, with his broken beat and UK techno-house stuff. So we said, “OK, now it’s time to make a record” and we started the Answer Code Request project.

ACR: People didn’t know who was behind this project. It was really interesting to hear what people said after I revealed my identity one year later.

MD: It kept the focus away from the artist, so we could see how people reacted to the music. If you release on MDR, they have expectations in mind. But if you self-release on a new label, nobody knows what to expect.

MK: And when you start releasing music, nobody thinks to write a biography. I tried to put my first record out without any information.

MD: The guys at Hard Wax gave me Max’s first record, and I was so excited about his sound that I got in touch with him and asked if he would be up for releasing on MDR.

MK: I was at home checking out some tracks on Hard Wax’s website when I received the email from Marcel. I was really happy, because for me, Marcel and the MDR label always had the best sound. 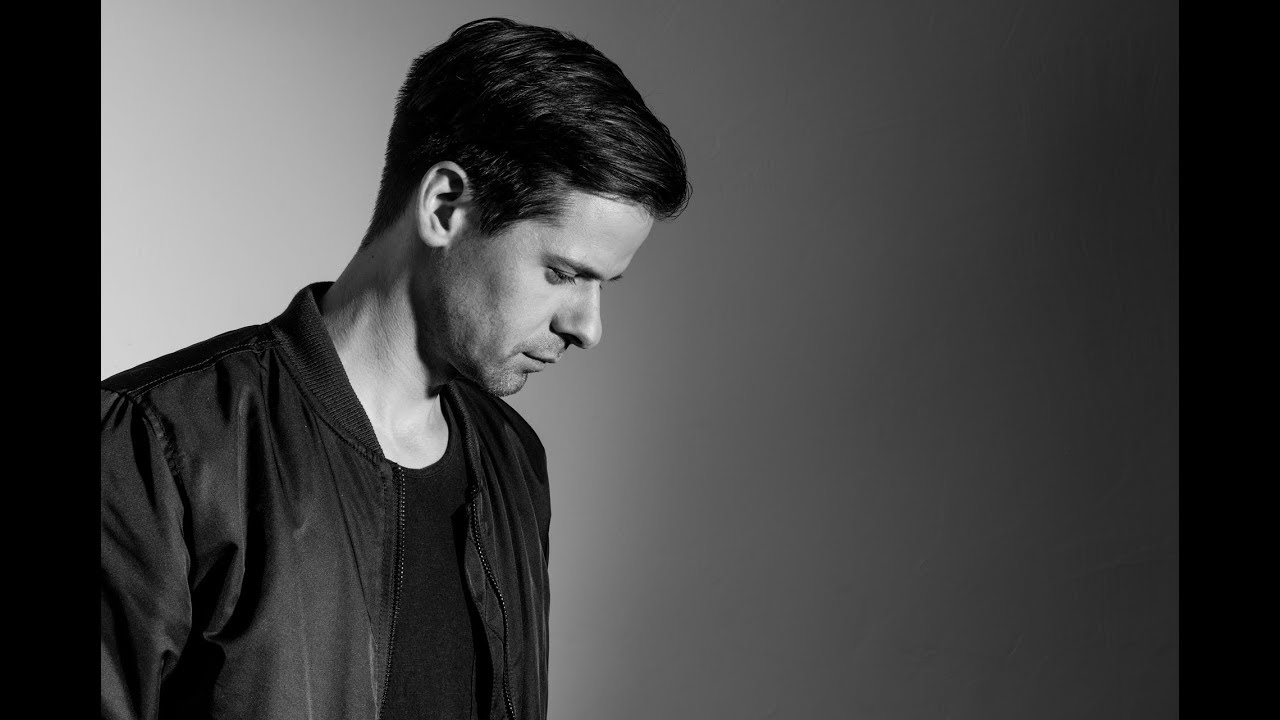 MD: With all the artists on the label, there has to be a special interest in the beginning. It’s not only the music; it’s also their character, which takes a while. With Max, we went through almost a year and 100 tracks before we were happy with the result. Same with Patrick and every other artist. I think it’s really important to let them grow, not to just say, “OK this track is nice, so we’ll do an EP,” and after a year you look back and think, “What were we doing?” It has to be timeless. If you start being pushed by someone or something, it creates a bad chain reaction. That’s the reason I need a lot of time to prepare a new EP with an artist: because we need to do a lot of talking and listening in order to make the best product we can.

MK: Before my EP on MDR, Marcel and I went through—it wasn’t 100 tracks, but it was a lot. I just sent him the new ones, because I thought my old ones were not good enough, but he told me, “Send me everything.”

MD: I want to have the accidents, the crazy stuff. That’s the soul of the artist, and that’s the stuff I like when I make music.

ACR: For me, it was 200 tracks. In the beginning, he would send me all his tracks and ask me what I thought of them. He’s always waiting for something special.

MK: It’s also cool to wait, because then you have a personal connection with every artist. If Marcel had released my music immediately just because he liked my first EP, then maybe we wouldn’t know each other so well.

MD: I also love this kind of interaction. It’s really important to interact with Patrick and Max to see what they’re thinking and doing, in their DJing as well as their productions. When I heard Max playing in Robert Johnson, which is a house club, I felt like I was at Tresor in 1993. There was a really good vibe there.

MK: I played old records from the ’90s, really rough techno. I didn’t care that it was a house club, I just flowed.

MD: He played Terence Fixmer’s “Aktion Mekanik.“ It’s a classic Terence Fixmer track, and I realized we have a connection to the same artists. It’s important to me that the artists on the label have good taste in music. DJ skills are like riding a bike: you can ride fast, you can ride slow, you can jump over mountains, but in the end you’re riding a bike. More important is which kind of bike you’re riding. I don’t like boring DJ sets—linear flat tracks, no bass, no vibe. I want something where you’re standing around and you hear something and think, “What the fuck is this?” and you have to go to the DJ booth and check out the track. All the artists on MDR do that to me.

This is something I really need, or else I get bored. For me, functionality is not as important as the feeling. It’s more about being eclectic. I have so many tracks from each of the artists, but I don’t have the space to release twelve records a year. So for the compilation, I wanted to put a concept together, giving people an idea of the MDR sound. That’s why we all chose the tracks together. It’s a gemeinschafts arbeit.

ACR: A group work. We all worked together on it. It was [Marcel’s] idea.

MD: Yeah, but we had a lot of meetings about it together. I can’t always focus on the tracks anymore, because I love them and I’ve known them for years. Some tracks are really old. Norman’s track is like, six years old.

ACR: And the FBK track, you’ve had that for one or two years.

MD: I think I’ve been collecting tracks from him for four years, but now I think it’s time. I really like him and he’s a great producer, and this track is so strong, so I put it on the compilation. Next time we’ll do an EP. It’s good way to introduce a new artist on the label. We’re getting better at expressing ourselves, and our vision of music.

MK: I told Marcel just today that for me, everything fits together. I don’t need any other label. I have my own label, RK, where I can do crazy things and don’t have to work with anybody, and then I have Ostgut Ton and MDR. That’s all. I can’t understand why some people release on so many labels.

ACR: When you’re only releasing on a few labels, there’s more focus. When you have artists who are everywhere, their identity gets lost.

MD: One thing that I learned really early from the Ostgut and Berghain guys—and also from Hard Wax—is that less is more. Be focused. I did a lot of remixes, and I’m really proud of each of them, but the most important thing is being focused and—

ACR: Doing what you want.

MK: For me, it’s better to belong to a corner, so people recognize me as the guy from MDR or the guy from Ostgut Ton. If I’m releasing too many different places, everyone will have a different idea of who I am or what I do. I decided years ago that this configuration is the best, because I love the philosophy of MDR and the Berghain crew. The book is closed for me. I don’t need any other labels. 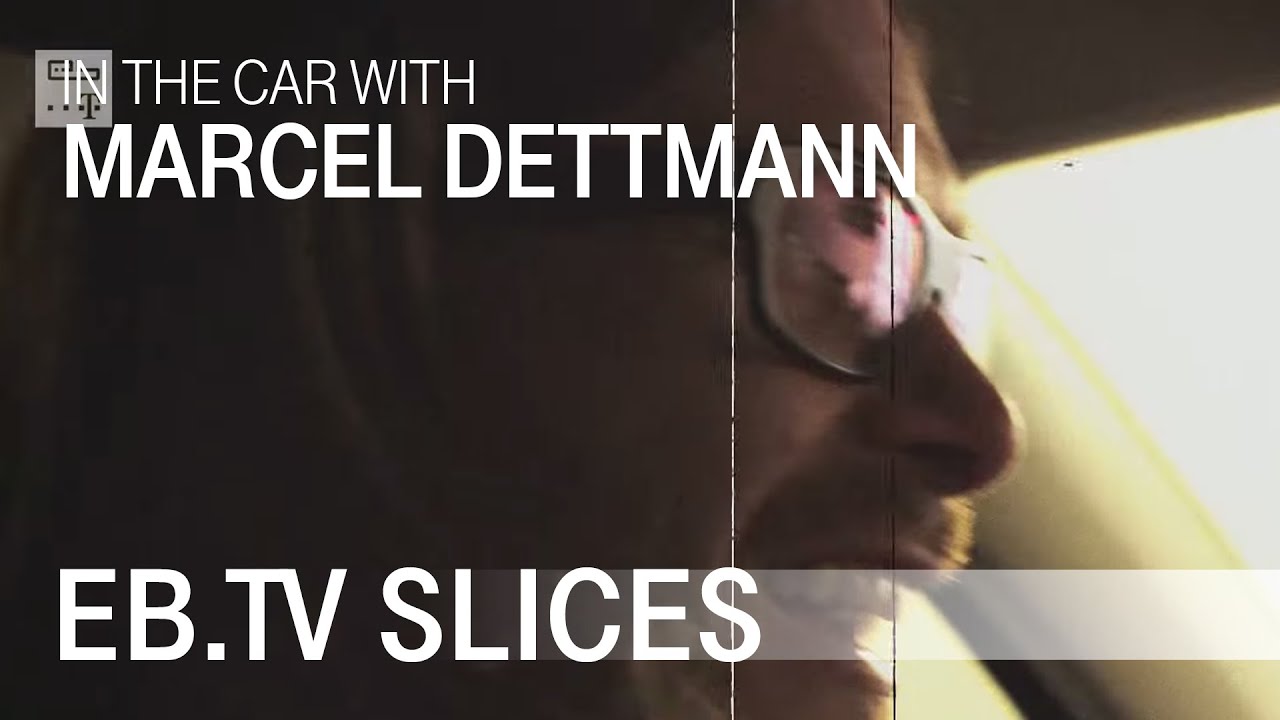