There’s something very tangible about the spaces Upsammy (a.k.a. Thessa Torsing) creates. Listening to one of her tracks is like stepping into a living, breathing ecosystem with its own atmosphere and climate. Take a walk through the curious yet reassuringly friendly and familiar places on her recent EPs, Wild Chamber and Branches on Ice, and you’ll understand that idea almost intuitively.

As well as producing excellent music that’s been released on labels such as Whities, Die Orakel and Nous’klaer Audio, the Dutch artist’s in-demand DJ sets have resulted in a rapid ascent through the European club scene. Since landing a residency at De School in Amsterdam, her sets have propelled her through countless tastemaker lineups from Berlin’s Panorama Bar to Kraków’s avant-garde Unsound festival.

It’s her laser-focused track selection that has made her mixes sound so fresh and, above all, outright enjoyable. A typical upsammy set (if there is such a thing) finds her deftly slipping between gravity-defying experimentalism and pulse-raising bangers, thanks to an exceptional knack for finding tracks that hit the sweet spot between strange and functional.

Recent EPs Wild Chamber and Branches on Ice are musically a little different to what you might expect from her DJ sets, but they’re still cut from the same pristine cloth. They also feel like the most fully realized results of an artist currently exploring, feeling and pushing around the walls of her musical confines.

“Wild Chamber was basically made up of tracks I’d created over the last two years that fit well together,” Torsing explains. “I didn’t have a plan to make a mini album or something as complete as this. They contain a lot of different production techniques that I explored over the past two years.”

“For Branches on Ice,” she adds, “almost all of these were made in a short space of time. I think they’re a little more like tracks you could play in club.”

Branches on Ice certainly feels a little more club-friendly, but I wonder if it’s sometimes frustrating when she ends up creating music that probably can’t be played out.

“Yes, it can be,” she replies. “Actually, it happens quite a lot right now that I find myself thinking ‘Okay, I guess this is not going to be a club record’,” she laughs, and then continues, “It’s kind of silly that I have to start thinking about this, because it’s a bit limiting. But then I just accept it, and it’s fine and I just think—okay, this track is going to be nice. That’s the main thing.”

The mutative “Bronze Goddess” is one of the standout tracks from Branches on Ice. When I hear it played out in her set that weekend, its mossy, sponge-like synths sounds like they’ve been foraged from the forest floor and repurposed for the dancefloor.  “Some of the tracks from Branches on Ice I play quite a lot, especially ‘Bronze Goddess’ and ‘Shake A Limb’, just because they are a bit more ‘tooly’. But when I was creating them, I never imagined that I would play them out. I don’t have the club envisioned when I make music. It’s more like an intimate space that I’m creating—I’m actually not thinking of the club at all”

“Often I get inspired by surroundings,” she continues. “When I’m in a certain place, and there’s a certain smell or atmosphere, that really inspires me. So sometimes when I make a track, it kind of resembles this moment I had in this specific place. For example, ‘I Live Here’, ‘Zona’ and ‘A Window’ are all inspired by particular moments and places.” 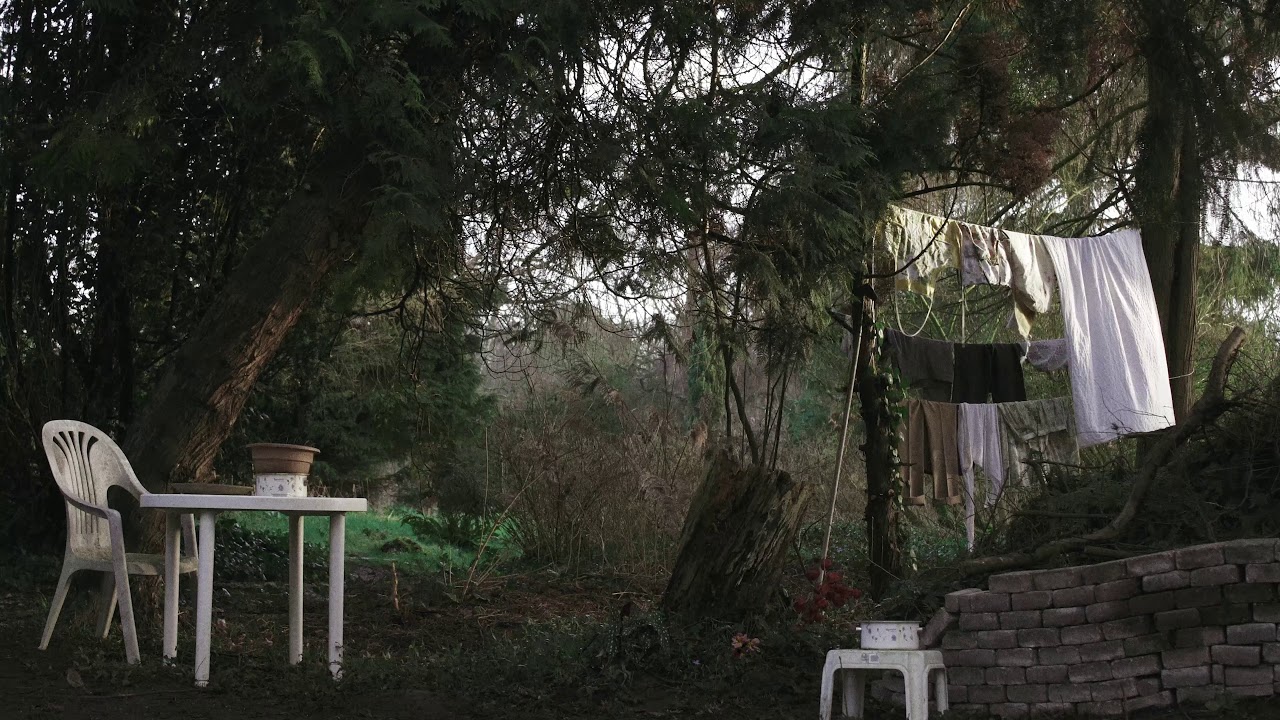 In the video for Between the Stone, we’re presented with a vacant back yard. This placid, eventless scene plays out for the duration of the track. It feels like one of these moments she’s talking about. And paired with stripped-back introspection of Torsing’s track, it feels like a moment worth appreciating.

There’s a kind of spatial awareness that’s traveled from her DJ sets and into her production. Her tracks are constructed from carefully considered sounds, then placed in crystal-clear layers; it’s partly what makes her music feel so refreshing. “Space is something I’m really developing in my music,” she explains. “I don’t think it was happening so much on my early records, but I’m more and more discovering how I can create this space, and how I can make a really awesome listening experience out of the sounds and instruments in the track. Creating a sense of movement is also a big part of that.”

Rather than a separate task in mixdown, this space creation is an integral part of her creative process. “Mixing is something that I find happens simultaneously. It happens really organically. I don’t separate making the track and then mixing it, it happens along the way.”

Playfulness is at the heart of her recording setup. Explaining it, she says “the core is Ableton Live, and then I have an Elektron Analog Rytm, and a Pittsburgh Modular Lifeforms—which is kind of several modules in one. And then some extra effects modules: a Make Noise Erbe-Verb and a Plankton Electronics The Jelly Fish. I also have two of these DIY modules that you have to assemble yourself, which I really enjoy doing. It’s really meditative to do soldering, actually.”

When I ask if she has any go-to production tricks, she replies almost dismissively that her “main trick is to always try a new trick!” Given the shapeshifting nature of her music, that’s maybe not a surprising answer.

“I get bored very fast when I hear myself doing something I’ve done before,” she adds. “The interesting thing about electronic music is that you can really think about your method of producing. It’s not as simple as ‘I play a drum’, then ‘I add a bassline.’ It can be a lot more deconstructed in a way. I often just start with a sound, then I try shaping it and making it more human or something.”

Digging a little deeper into her creative process, she explains, “Usually I’ll start by looking for a sound that intrigues me in some way, and then I’ll play a melody or rhythm with it. From there I start building. Recently I’ve also started making my own drums samples using my modular synthesizer.”

As someone who spends a lot of time playing and listening to music in functional spaces, I’m interested in what kind of tracks Torsing listens to when she’s just relaxing at home. “I guess what I play in an opening set is what I would normally listen to at home. So that would be more electronica, trip-hop, dubby things. But also music that just really brings you into a zone, like Bjork. I don’t really listen to party tracks at home. I think that would be kind of tiring for me.”

On the subject of tiring things, it’s been a busy couple of years for upsammy. It’s not surprising that she feels like it’s time to press the reset button. “For this year I think I’m done, I don’t really want to release any more music for now, I just want to find a new direction again.”

“I don’t want music to be functional for my career. Like ‘oh, I need to put a record out again’. That’s not really how I want to think about music. I’m going to take a long time for bigger projects—I think an album—to really allow myself the time to experiment and get playful.”