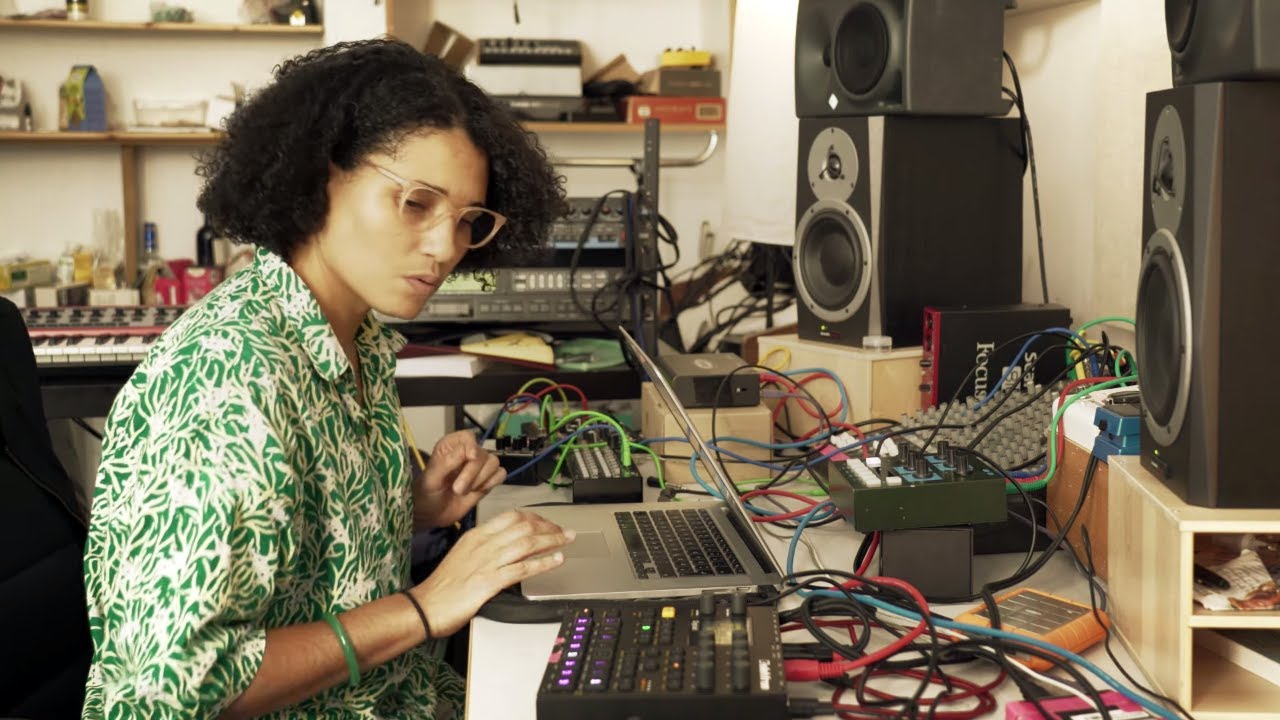 Hermione Frank aka rRoxymore is an artist who has carved her own niche in the electronic music scene. By applying a human touch to what is usually synthetic, she has developed her own sound which is difficult to put into a box. Originally from Montpellier, France, she became captivated by the dance music scene, which led to her developing musical ideas of her very own. Fusing the organic to the electronic has set her apart from the crowd, which is clearly demonstrated in the music she has released via labels like Don’t be Afraid, Macro and Ostgut Ton. Electronic Beats TV caught up with her in her studio to find out more about this unique artist.