Over the last 20 years, Bugge Wesseltoft has become one of Norway’s prime contemporary jazz exports. His signature style combines improvisation with different forms of electronic music, and he’s applied it to collaborations with stalwart producers like Henrik Schwarz and Laurent Garnier. In 2011, he founded a seven-piece jazz band Bugge & Friends with EMI/Blue Note trumpeter Erik Truffaz, NYC jazz club founder and saxophonist Ilhan Ersahin, a three-piece rhythm section and legendary new York house DJ Joe Claussell. Ahead of their show in Berlin on Friday, Wesseltoft and Claussell reminisce about their musical upbringings, the first time they met and jazz’s roots in dance music. Keep your eyes peeled for EB.TV‘s exclusive live footage from the event in the coming weeks.

Bugge Wesseltoft: I come from jazz; my father is a jazz guitarist. At a very early age I developed an interest for electronic instruments, mainly synthesizers and Fender Rhodes. My idea was to fuse my jazz background, namely improvisation, with the sounds and rhythms of electronic music, and doing that properly has been my goal since the late ’80s. I think we have a lot in common. A lot of people I admire in electronic music, like you, also improvise, be it as DJs or musicians. It’s all about creating a special energy and atmosphere with the audience that’s live and very dynamic. I always wanted to achieve that with my music as well.

Joe Claussell: I grew up in a Afro-Puerto Rican family and I was exposed to all kinds of music. My brother was a drummer in a Latin rock band. I remember finding out about your music when I was running my own record store called Dance Tracks in Manhattan. I was a fan immediately, and to be honest, it’s an honor to work with you. I really consider myself a student in all of this. I come from a DJ background, even though I do play percussion from time to time, and I’ve learned a lot from you as a musician.

BW: I can return that compliment to you. I vividly remember seeing you DJ for the first time in Sapporo, Japan. The way you connected with the crowd and the music you played really blew my mind. It was something I really wanted to be part of, and that’s why I introduced myself. When I had the idea for the Bugge’n’Friends project, I knew I was going to ask you to join me.

JC: You gave me a piece of paper with your number scribbled on it—I still have that, you know. And speaking of bringing electronic music and jazz together, I think music comes from music. It all comes form the same seed, the same vibration. You just have to let go of the thought that there are separating boundaries. When I met you, I had the strong feeling that you approached music with this attitude. For me as a DJ, it was easy to find my place in our project. It felt like an instant match. 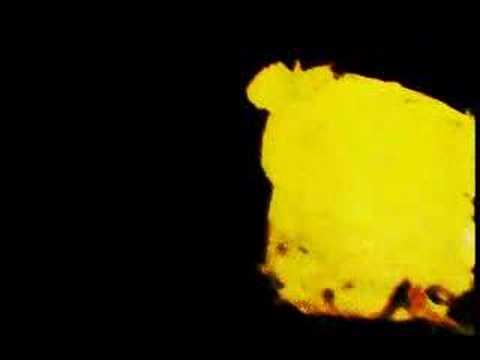 BG: Jazz used to be dance music, after all. It only started becoming too academic and concept-heavy in the late ’60s. To be honest, I was never interested in that. Generally I think attention to musical genres moves in cycles. For instance, in the late ’80s and early ’90s, you had this whole acid jazz movement, which brought jazz and dance music closer together again. Every generation has its own impulses; sometimes jazz is part of the equation and sometimes it isn’t. My plan was never to make jazz more popular, though. I’m just deeply inspired by the sounds of electronic music.

I remember when I started to go clubbing in the early ’90s and how much I loved the energy in those clubs. The audience at that time was really dedicated to the music, maybe even more than a typical jazz crowd back then, and I just longed to be part of that kind of energy. I didn’t want to become this intellectual, academic jazz guy—that’s really not what the music is about for me. I’m reading this book about the downtown New York music scene in the early ’70s, where they threw everything together: minimal, free jazz, disco, rock—everything was allowed. That must’ve been so exciting. This time had such an enormous impact on popular Western music, and I love that open-mindedness. Once music becomes too intellectual and formulaic, you lose the possibilities within.

JC: I think people try to intellectualize music too much. I’ve never seen the point of it. It’s about vibration and people listening. In hindsight, it turned out to be quite problematic that jazz lost its roots as dance music. Suddenly it was confined to certain venues. It became way too serious and expensive to experience and listen to jazz. Since then, you’ve had phases where things opened up again, and I think now is one of those times. There’s a younger generation that can feel the vibration and understand and appreciate what jazz is along with other music mixed in.

You mentioned the creative climate of New York in the ’70s. I was very fortunate to experience the aftermath of that, when I started going out at a very young age in the late ’70s and early ’80s. I sucked it all in. I went to the Paradise Garage, David Mancuso’s Loft, the Mudd Club, the CBGBs. I was even a moderate skinhead in my 20s. New York back then was a musical melting pot, which unfortunately doesn’t exist anymore. But there is a resurgence slowing building up there, which is quite exciting.

JC: Yes, definitely. Especially close to where I’m located now in Bushwick, Brooklyn. There’s a lot of space that real estate developers don’t want to deal with, so there’s room for a new underground. Now that Manhattan is completely gobbled up, Brooklyn has become the center for music and art. 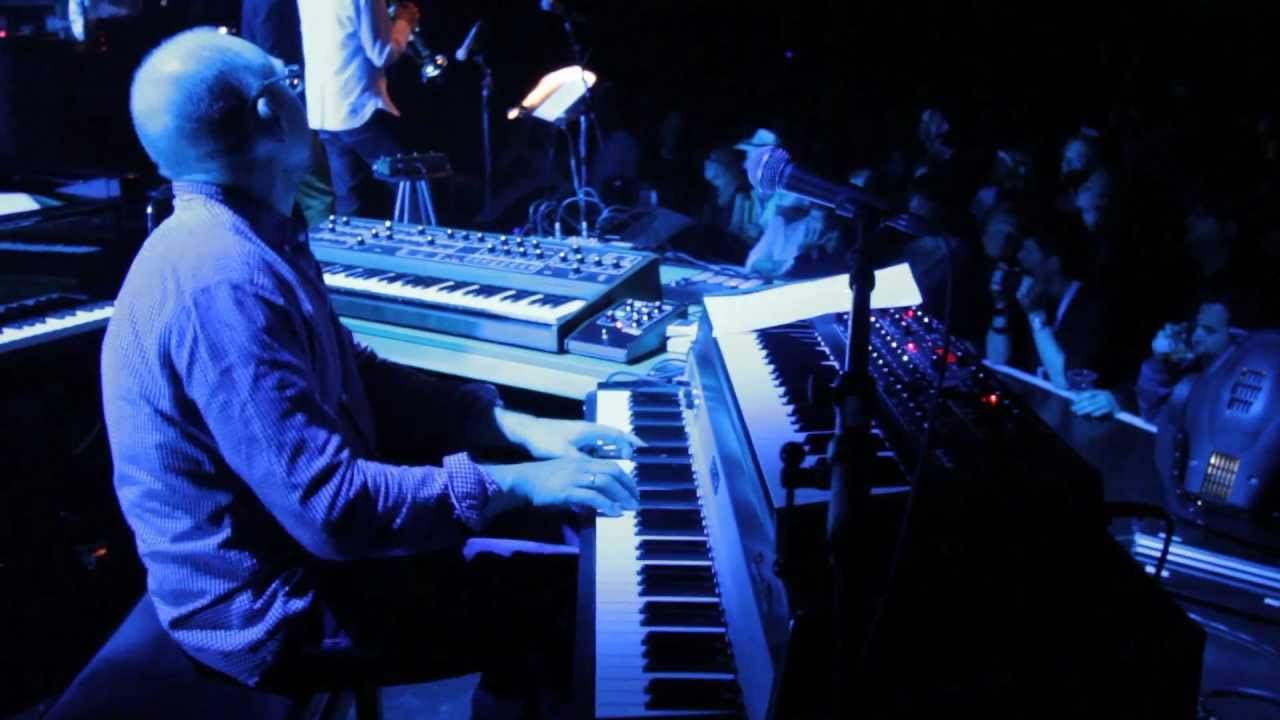 BG: Cities need places where movements like that can develop. We had this venue in Oslo called Club 7, which was opened in 1969 and had to close in 1994. I think every musician in Norway who’s old enough to have experienced Club 7 has a special connection to that venue. They put on live music every day, and Miles Davis played there. It was also a library and it was open 24 hours a day. It was incredible. And in all those years the government tried to shut it down. In 1994 they finally succeeded. Ironically they regret that now and spend a fortune on trying to rebuild this kind of vibrant cultural scene—which, obviously, is mostly unsuccessful. You can’t just throw money at people to do something interesting. It has to have roots in a culture or subculture.

JC: That’s true. The problem I see with music these days is that a lot of people take it a bit too seriously. Don’t get me wrong, there’s plenty of great music of all genres out there. But what you see too often is that it becomes about [the producers]. They forget that music is above anybody. It’s been here before they got here and it will be here when we leave. You know what I’m saying? We’re all just students of the music. Go out and do your best, but you should do it with the understanding that you’re serving a greater purpose other than yourself.

I believe that music is something spiritual. It is the source, a vibration that brings us all together more than anything else in the world. I have the feeling that a lot of people are not connected to that source anymore, the real power of music. If people would produce and compose from an understanding of that power I think music would be more interesting again. Even in a lot of the stuff that I very much like today you can hear the limitations and structures that are put on the music that people seem to have a hard time breaking out of. They’re not free in their minds about it. They create music and they want people to like it or they expect a certain reaction, as opposed to creating something out of the melodies and rhythms that are out there and give back with it. I think the best way is to let it flow, create for the right reasons and keep on creating. I think that mindset is missing a bit in music these days.

BG: You know, when I started to go to clubs I loved the fact that the DJ was always standing somewhere in the dark. It was never about this one person who created something, but about the people on the floor and the energy they created together. But with the music becoming more popular and the industry starting to co-opt it there was a necessity to create new idols. That’s very unfortunate. I think this idea stuck with a lot of people: you have to become someone. And as a result you, the person, becomes more important than the music. I don’t wanna be too spiritual about it, but the music will always be bigger than the individual.

JC: I couldn’t agree more. That’s why I love our project so much. We’re seven individuals onstage but there isn’t any ego—we wouldn’t work if there was. When we play together I don’t expect anything from people. What I do hope for is that they feel what we are doing, but it’s up to them if they really tune in. If they groove and dance, fine. But to be honest, really listening, understanding and appreciating what we’re doing is equally important to me. Dancing doesn’t always tell you if you are doing a good job. It is not necessarily the best indicator sometimes. People might be fucked out of their faces and they just groove because of that.

BG: The whole listening thing is somewhat of a problem in electronic music sometimes. Once you drop the 4/4 kick drum, very often people leave. But for me, the heart of everything I do is improvisation. I’m really concerned about this sometimes.

JC: We spoke a lot about jazz, but I never asked you what era is most important for you. For me, it’s the spiritual side of it, the Alice Coltranes and the Sun Ras and things like that, because I can dive into that music and get lost. That’s the era for me, the open and free stuff.

BG: For me it has to be the whole ’60s up to the mid-’70s. Basically everything that Miles [Davis] did. And all the musicians that were part of his band at some stage. That was a very vibrant period. There was a lot of experimentation. I think it is a necessity. You have to experiment with different ideas to come up with something new. Once you get stuck in one idea you’re lost.

PS: Bugge & Friends will play at Heimathafen Neukoelln on Friday, July 2nd. As mentioned above, the show will exclusively be filmed by Electronic Beats. Watch this space!