Rashard Bradshaw is “so over talking about gay rap.” That’s understandable given the number of trend pieces on the subject that identify a swelling tide of queer hip-hop artists including Le1f, Mykki Blanco, Zebra Katz, and Bradshaw himself, who raps under the alias Cakes Da Killa. The pieces were a double-edged sword that applauded their talent but defined them primarily by their sexuality. “There are no ‘gay mailmen,’ but there are mailmen who are gay,” he told Hot 97’s morning show host Ebro during an interview last summer that focused solely on his experience as a homosexual in hip-hop.

“People get so consumed with talking about sexuality as opposed to the music,” he says. “I’m all down for the visibility of openly gay artists, but we need to keep in mind that they’re artists, not just people who are openly gay. We were here doing our thing before and we’ll be doing it after the trend pieces stop popping up.”

Still, it’s a hard topic for him to avoid. It has shaped a storyline on Empire, one of the highest-rated television shows in America, by way of an aspiring singer-songwriter who’s pushed aside by his music mogul father because of his sexuality. Cakes likes Empire because “it’s wise to how foolish, delusional and petty people are in music. I can relate to a lot of the homophobia he deals with on the show, but I think Empire sugar coats it.”

Despite his nom de plume, Cakes could never be found guilty of sugar coating anything, especially his lyrics, which include lines like, “See a cunt, but the cunt easy like a tweezing/When I see this bitch I can’t help but start skeezing.” 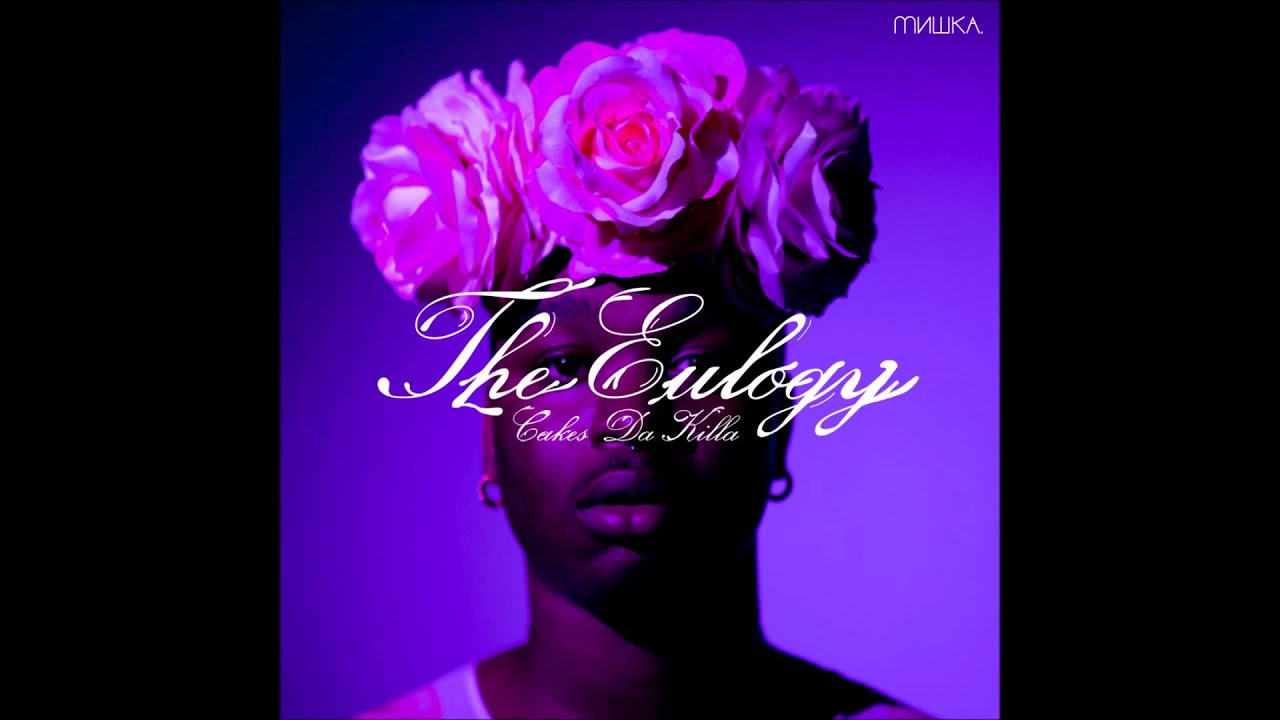 The outrageous content fits for an artist who threatened to quit the game at age 23 when he released an EP titled Eulogy. But rather than putting his rap career to rest, Eulogy proved that Cakes had mainstream potential. His delivery demonstrated that he has the chops to compete with famous rap stars and saw the persona emerge fully flexed and ready to shut down tryhard alter egos. 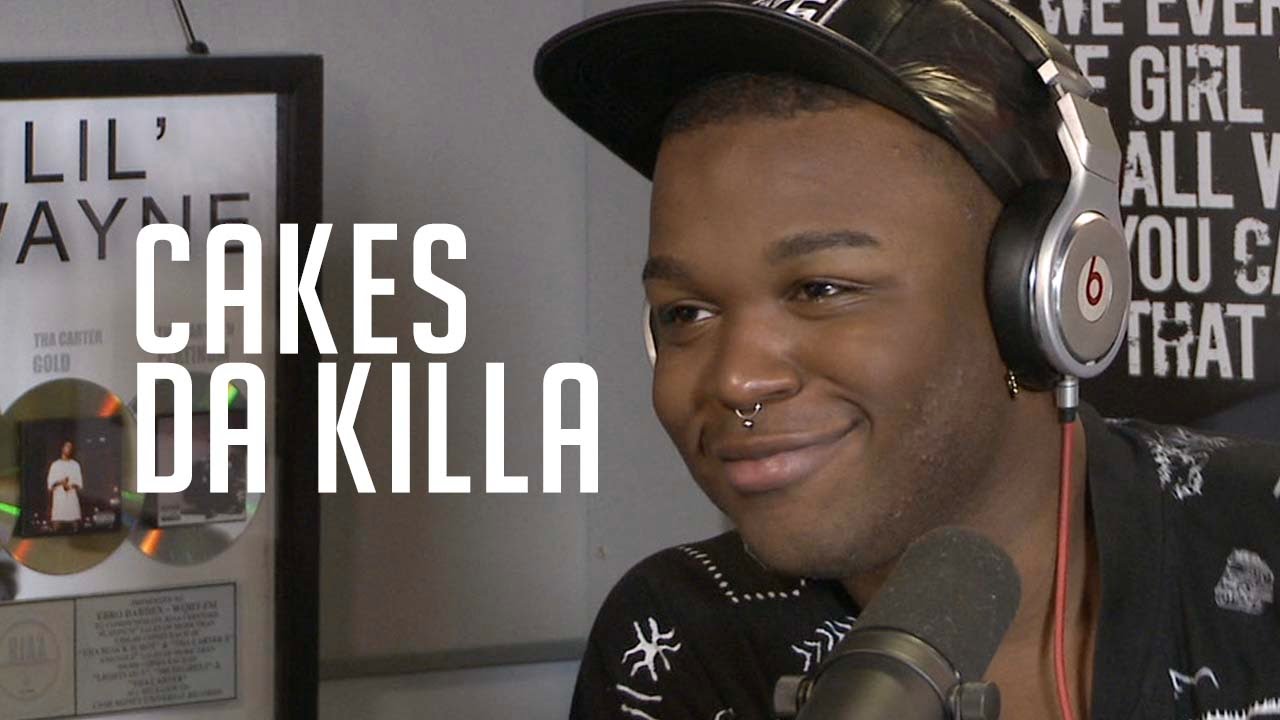 “The problem [with the term ‘queer rap’] is that certain kinds of classification absolutely work towards further marginalizing the artists, and relegate them to a kind of sub-altern obscurity,” wrote Eric Shorey in a recent Pitchfork feature that accounts for the fact that none of the subjects of the queer rap trend pieces have received mainstream acclaim. Nevertheless, out of all the artists hampered by hip-hop’s queer glass ceiling, Cakes has serious potential to break through it.

“It’s something I want to do; I just want to do it on my terms,” he says. “The thing I need right now is a stamp of approval from somebody, which is something I never looked for but feel I really need, like a mainstream pat on the back. That puts me in a weird place because I’ve never asked for approval before, but the music business is basically like high school. It’s really clique-ish.”

Cakes acknowledges that he’ll inevitably pay the price for widespread exposure in artistic concessions. He speculates that he’ll probably have to change his content, visuals, and appearance, which is a real shame, because his appeal derives in large part from his flamboyant aesthetic, like the flower tiara showcased in his video for “Goodie Goodies.” Some of his videos on YouTube have upwards of 228,000 views, which evidences his budding popularity online and at how much his fan base loves his the visual element of the Cakes persona. But he’s already started to edge away from the look on his latest release, the #IMF EP, which is due out via the uber-trendy streetwear brand Mishka NYC and features monochrome cover.

The more austere artwork is the latest in a series of subtle aesthetic realignments designed to broadening Cakes appeal. Cakes calls #IMF his “Adele moment” because it’s about a boy who broke his heart. “Sonically, #IMF was in a different place right now,” he explains. “I’m rapping over a piano. Who would’ve thought Cakes Da Killa would be rapping over a piano?”

Like the visuals, the lovesick themes soften Cakes’ aggressive flow, which he adopted because he wanted to prove himself to straight, macho peers early in his career. “I was recording with a lot of straight people, and when I did shows they weren’t at gay clubs—they were mixed or straight,” he says. “The aggression came from having to prove I can do this and I can do this better than a straight peer. That’s the competitive nature of rap and hip-hop. It’s like, I don’t have to tell you I’m the best; I’m just gonna show you why I’m the best. That’s why I have a lot of edge to me. My flow is naturally very dominant.”

And Cakes’ music has indeed proven his superiority. His growing popularity on the Internet is in part due to the eclectic roster of producers he’s amassed, most of whom he’s culled from SoundCloud. He prefers “very schizophrenic and all over the place” beats to straightforward boom-bap or trap templates. “I like to find someone who’s doing something weird—but not weird for weird’s sake—weird because they can’t do basic shit,” he explains.

Although he craves acknowledgment from the mainstream, he’s not interested in working with well-known producers because he wants his music to sound unlike anything that’s on the radio “or anything that anyone else is doing.” That’s a defiant standpoint from an artist hungrily angling for a shot at big time success.

Maybe that’s the real difference between Cakes and his contemporaries: he actually wants mainstream success, unlike peers like Mykki Blanco, who quit the rap game to explore a career in music journalism. Cakes is rising at the perfect time to surpass his peers. Hopefully he doesn’t change what he’s doing too much on the way up, because his recipe is already pretty tasty.