In one of Joker‘s pivotal scenes, Arthur flees into a shabby bathroom, churned up from committing his first homicides. He realizes what just happened and channels his agitation into a spontaneous, graceful dance—it’s the Joker’s spiritual awakening. The power and poetic quality of these two minutes, and the film as a whole, is largely indebted to Hildur Guðnadóttir’s congenial compositions, which, with their moaning strings and plodding percussive lines, lurk in the screenplay’s background, unfolding with grave grandeur as the film’s events escalate in severity. 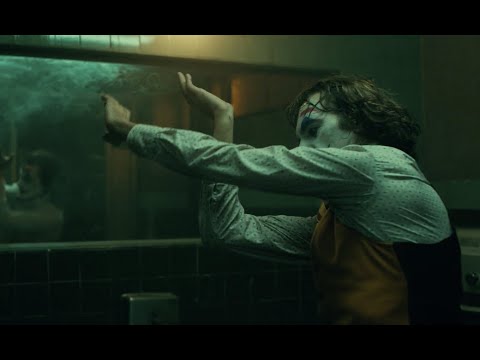 This year, the Icelandic cellist and composer became the first woman ever to receive the Golden Globe for best Best Original Score as a solo artist. And just recently, she added an Academy Award to her list of accolades. While the historic win hopefully signifies a change in female composers’ visibility and representation in film scoring, it also indicates that the field isn’t under control of a composer establishment anymore.

Instead, over the last few years, experimental musicians untied to any movie industry cronyism have been stepping up as the industry’s innovators. Some, like Hildur Guðnadóttir herself, the omnipresent Max Richter and the sadly deceased Jóhann Jóhannsson, come from a neo-classical background, and many are indie luminaries, like Trent Reznor, Colin Stetson, Nick Cave & Warren Ellis, Geoff Barrow (of Portishead) and Mica Levi.

But film scoring has also become an increasingly fertile industry for artists rising from the more experimental branches of electronic music and club culture. Last year, Bobby Krlic—who many may know for the dismal instrumental sounds somewhere between field recordings, hefty drones and meticulously textured noise released under his alias The Haxan Cloak on labels like Tri Angle, Aurora Borealis or Southern Records’ spin off Latitudes—scored Midsommar, Ari Aster’s second masterful revamp of the horror genre.

The case of Daniel Lopatin (A.K.A. Oneohtrix Point Never) is quite similar. After building up his portfolio of idiosyncratic, synth-laden productions—like the deeply-narrative LP, Age Of , and EP, Love In The Time Of Lexapro—on labels like Editions Mego, Warp and more, the cult experimental musician composed the original scores to two of Josh and Benny Safdie’s films, Good Time and Uncut Gems.

Afrodeutsche, whose electro- and Detroit-techno-informed club productions have always showcased a penchant for the cinematic, also made the move into scoring, writing the music for Kamali, a documentary about a young skateboarder in India that qualified for the Oscars shortlist.

The film industry has increasingly warmed up to sonic experimentation, and this means new opportunities for musicians looking to branch out. The digitization of the film industry and Netflix-ization of viewing habits has led to tougher competition between production companies and content providers, leading to a total increase in production—or the so-called “content wars”. From 2000 to 2019, the number of movies released in North America has more than doubled, and more content on the market means a greater need for work that really stands out. 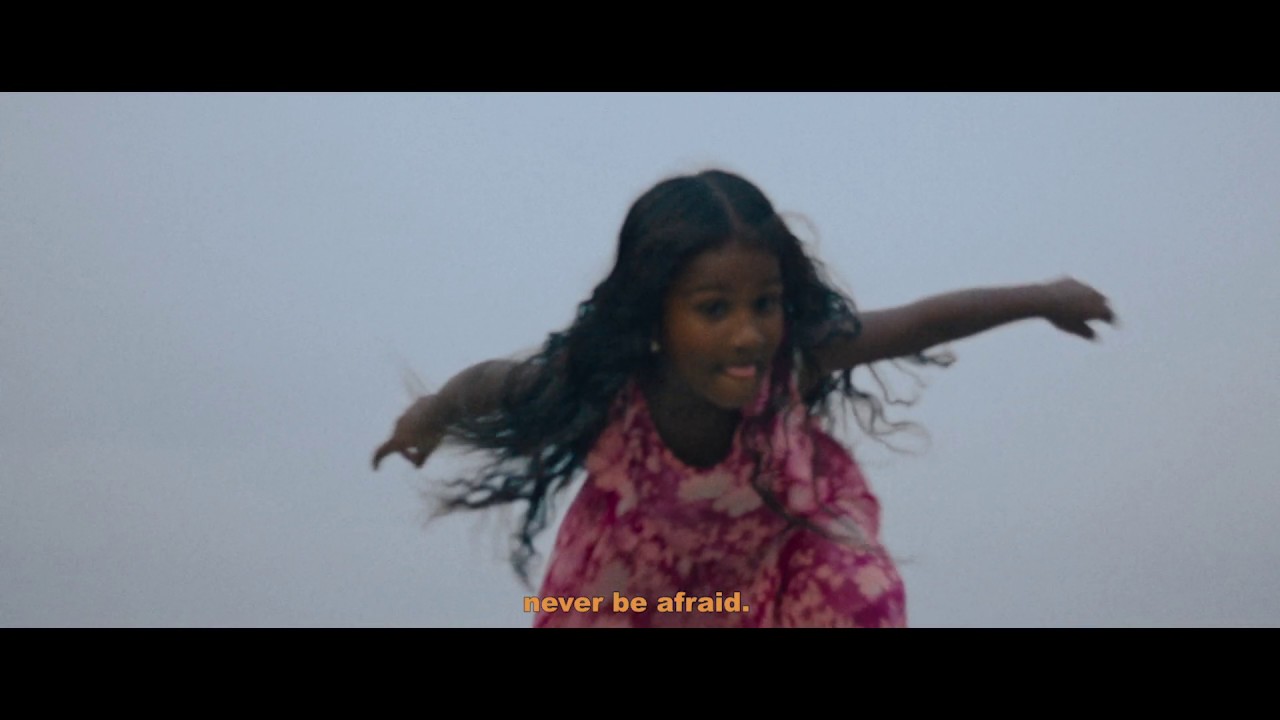 In times of ever-present and diversely curated Spotify-playlists, licensing a bunch of well-known tunes, putting the movie’s artwork on that compilation, and selling it as an original soundtrack is an outdated model. And the orchestral arrangements we all know too well as the affect-boosting modus operandi in movie scores don’t set a work apart anymore. Conversely, the use of the score as the movie’s custom-made sound-signature is more significant than ever.

All of these factors lead to more than favorable conditions for experimentation, and not only when it comes to indie productions. A major player like Netflix can offset the commercial risk that comes with unorthodox approaches with its massive portfolio of blockbuster content, and branching out into arthouse content extends the realm of the streaming giant’s potential subscribers even more.

For both budding and accomplished producers, however, composing for film—for a narrative usually written by someone else—comes with its own challenges. Alec Empire, frontman of Atari Teenage Riot and longtime maverick of the German noise, industrial, ambient and digital hardcore scenes, has been involved in several A/V and film-scoring projects in his multifaceted career. His most recent was the soundtrack to Volt, directed by Tarek Ehlail—a dystopian take on our current, migration-related social conflicts. For the score, Empire provided a multilayered cycle covering a wide sonic spectrum, from subtle ambient moods over anthemic synthetic arrangements to heavy industrial eruptions, maintaining Empire’s signature concern for radical sound design even in its quietest moments. 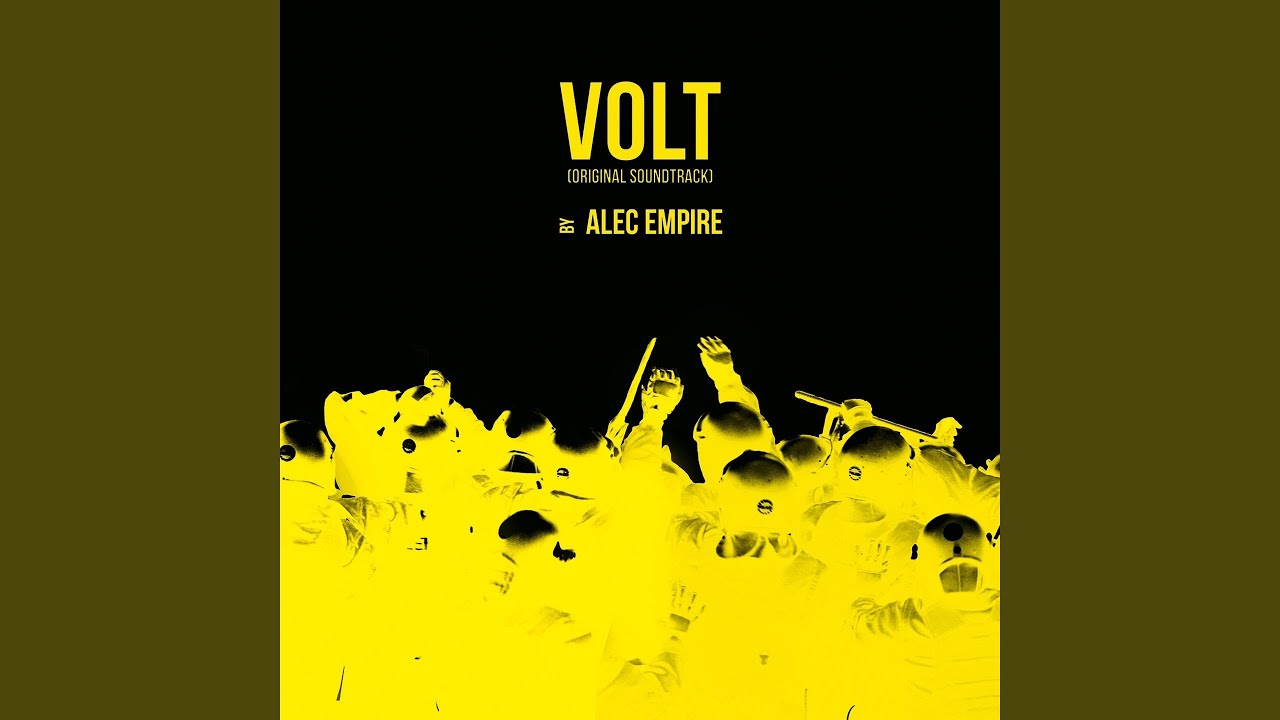 To Alec, it’s all about connecting to the visual material: “Composing film music is interesting, because it’s not my thoughts that matter, it’s the story. I have to fully immerse in it. I have to understand it completely,” he explains. “Given that, the music has one function, it has to intensify that story for the viewer. Within that momentum lies the fascination of writing scores. All the time you have to find solutions, fine-tune your tonal language, accelerate or slow down the tempo of the plot, carve out emotion and character of the cast. This way of composing is a craft in itself and can be very rewarding.”

For Alec and other musicians crossing over, stepping outside of oneself can reignite creativity, the artist new challenges and, ultimately, new rewards.

While in the short run, digitization and everyday streaming habits have taken their toll on most musicians’ economic survival, these recent changes have also positively impacted artists’ visibility. Underground subgenres that would channel their output through limited, vinyl- or tape-only releases are now accessible through every smartphone carrying a streaming app, which means it’s much more likely that lesser-known sounds and far-out soundscapes make it into production meetings.

But still, the loss of physical sound carrier sales is hard to balance with streaming revenues—especially in niche markets. The go-to solution for most artists has been to exploit material through extensive touring and performing. But Alec is quick to point out the limitations of this change: “Lots of musicians turn to film music because they just can’t tour anymore,” he says.

The strain of tour life can thwart your creative workflow, as it sucks up time you might spend making music otherwise. Film scoring pushes an artist’s career in the opposite direction, adding a new revenue stream to time spent in the studio.

Not to mention the most obvious impact of lending your creative potential to the film industry: the pay. The economic prospects of a small film production can hold a much higher potential than a regular artist release if it becomes a box office giant. Take Midsommar as an example. With a budget of less than $10 million, its box office earnings (as of October 2019) more than quadrupled its budget. Proper negotiation assumed, Bobby Krlic’s score should make a better cut than a new Haxan Cloak album.

Film scoring also opens musicians up to new streams of promotion. The industry’s well-endowed PR machine, award shows, and buzz generated around movie releases can introduce the artist to entirely new audiences. And as more underground musicians get involved with film productions, a new market for releasing movie scores as standalone projects has been surfacing. Several record labels are specializing in the release of scores and soundtracks, including Death Waltz—which focuses on re-issues of film music luminaries like John Carpenter, Ennio Morricone or Alan Howarth—Milan Records and Geoff Barrow’s Invada Records. All of these factors combine to diversify the ways that artists are seen and heard.

So, is the film industry the starving musician’s saviour, its new creative lotusland? For any artist looking to move into the burgeoning industry, Alec Empire weighs in a reasonable evaluation: “You need to take risks in that profession. You need to prepare yourself for your best music to get cut out. You need to be aware of all the drawbacks in that industry. Otherwise, you’re going crazy. The fees might look good, but compared to the music industry, the film music industry is no Las Vegas. It’s more like Russian roulette,” ultimately concluding: “And that’s why it’s so much fun!”