It can be tempting for outsiders to link any significant development on the Romanian music scene to the catastrophic fire that killed 64 at Bucharest’s Colectiv Club in October 2015 and the ensuing political and social chaos. As we noted in our feature on the aftermath, many public spaces closed following the introduction of new regulations, including the venues local promoters Irina Bako and Stefan Maritiu had planned to use for their hugely ambitious Interval 100 festival—which was scheduled to start barely a month after the fire. I traveled to Bucharest for the event last year and watched aghast as they were forced to slash a third of their 100-act international bill once the police closed one of their two venues a matter of hours before doors opened. So my assumption when heading back to Romania for their Interval Natural mini-festival was that they had chosen to stage it in rural Transylvania and planned to host the second edition of Interval 100 in the northern city of Cluj in order to escape ground-zero of the Romanian government’s ongoing response to the fire.

In fact, it would seem the relocations have far more to do with problems of corruption and scene in-fighting that date an awful lot further back than last autumn. “I actually think the whole thing is blowing over now,” an employee at Bucharest’s legendary Misbits record store told me during an illuminating chat a couple of days after the festival finished. “People are still really mad about it, of course, but most venues have managed to comply with the regulations on fire exits and so on that came out of it, and some good new places have opened this year. So things are easing up a bit.”

When explaining their decision to relocate their lives and promotional operations from Bucharest to Cluj, Bako voiced frustration at the capital’s prevailing mindset and confidence that their new home is ripe to be shaped in a different way. “People idolize ar:pi:ar (Raresh, Petre Inspirescu and Rhadoo, the high priests of Bucharest’s techno scene), and a few other DJs and follow them all around Europe,” she said, “but hardly anyone knows the people they look up to or work with, because they’re not Romanian. When we booked Thomas Melchior, Onur Ozer, Cab Drivers and the rest of our international lineup, we had many people protesting there were no Romanians in there—and these guys are symbolic to many new and older Romanian producers.”

Bako and Maritiu maintain that they had planned to stage events outside Bucharest well before the fire. It’s certainly hard to believe that getting permission to use Rasnov Citadel, Interval Natural’s venue, happened in just a few months—although Bako reports that it came together within five weeks, which speaks to their deep ties and promotional savvy. Rasnov Citadel isn’t the kind of place a promoter could secure without serious groundwork in any country—let alone one with Romania’s shadowy, slow-grind administrative procedures. The fortress is the country’s third-most popular historical monument and looms over the small town of Rasnov like a Transylvanian Edinburgh Castle, with Hollywood-style white lettering spelling out “RASNOV” to anyone looking from the streets below. It’s a spectacular setting by any standards, and it was rendered more so by incredible 3D-mapped visuals by Aural Eye projected onto the walls of the citadel just up the hill from the courtyard that housed the stage. 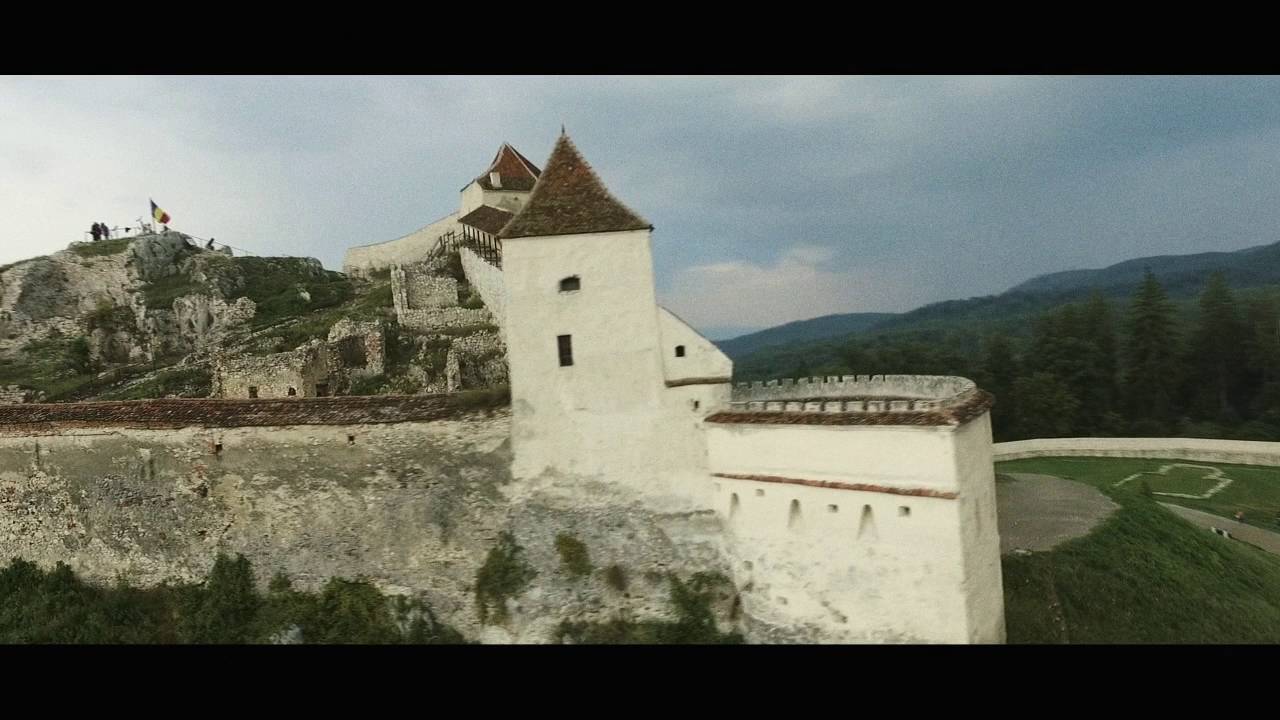 I arrived at the citadel as darkness fell on Friday to find DJ Masda turning out an enlivening set of spectral, bleepy techno, with CiM’s “Bias” a highlight. Thomas Melchior’s airy minimal techno was something to dip in and out of while investigating my surroundings, after which I stuck around for a typically deep, textured closing set from Onur Ozer. Bako and Maritiu clearly know good sound, and it’s worth mentioning that as I explored the citadel’s grounds it always stayed remarkably vivid and clear.

Saturday’s opening set—a wispy, atmospheric 90-minute live show from Minilogue’s Sebastian Mullaert—was a beautiful fit for the twilight moments of a gorgeous late-summer’s day. The following act, Mihigh, had honed and tightly executed selections, but for those not reared on Romania’s tight-knit (for which, according to more than one knowledgeable local source, read “a little insular and inward-looking”) minimal scene, there was longer-lasting enjoyment to be had later on. Cab Drivers, 20-year veterans of Berlin’s house community, caught attention immediately with heavy subs and blocky acid lines before dropping DJ Jes’s irresistibly liquid “Para Usted” and Kenny Larkin’s Tension Mix of Kevin Saunderson’s “Future” to predictably joyous effect.

Interval Natural’s emergence into relative maximalism peaked with Mathew Johnson and Hrdvision’s riotous Midnight Operator set, while Captain Midnight (aka Bako and Maritiu) threw cuts by Moodymann, Patrice Baumel and even Dubfire into the most varied set of the weekend. I opted to preserve my sanity by sidestepping the marathon after-party that’s an obligatory feature of the Romanian dance music scene, but others spoke of Barac and a rolling cast of locals playing at a nearby terrace bar after long after the 8 a.m. close at the citadel.

Interval Natural was a clear success with or without the wider context of Romania’s recent situation, as well as being another tribute to the resilience and organizational nous of the Interval setup. What looked to the naked eye like a hitch-free wekend took place under the specter of “every problem you could imagine,” Maritiu told me once the thing was over, laughing with relief.

“When we get to Cluj, we’re actually going to have to create competition for ourselves,” Bako said. “Because at the moment there’s a huge population of students and other young people who have very little to do, but are crying out for a scene to embrace. It’s like virgin territory, but the potential there is huge and we want to see what we can do with it, to see if we can help create an underground almost from nothing.”

It’s clear that Interval aren’t giving up on Bucharest entirely, as they plan to stage events there down the line and they say they will likely move back to the city in time. But in the short term, for this unusually hardy and in-touch pair at any rate, it’s obvious that all roads lead to Cluj. It will be very interesting to see how the move affects the mood and dynamic both of Interval and of a wider Romanian electronic music scene in a fascinatingly constant state of flux.