In Zora Neale Hurston’s 1927 non-fiction book, Barracoon: The Story of the Last “Black Cargo”, she interviews Cudjoe Lewis, the final survivor of the transatlantic slave trade. In his own words, he reflects upon the memories of the drums in relation to his ancestral tribe roots: “Den de drums begin to play. De big drum, Kata kumba, de drum dat speaks lak a man, it begins to talk.” Lewis’ recounting would later be echoed by Robert Hood when he said, “The African drum is communication.”

In the past 30 years, the journey of an African-rooted sound has continued to broaden its semantically elusive terminology—the word ‘tribal’ has always had an ambivalent meaning—but there are features in this musical genome that have influenced a spectrum of subgenres, and its impact stretches as wide as the evolution of the word itself. And while this rich history and its relation to electronic music has deviated into various forms, certain production sensibilities can be linked to a movement rooted in the African homeland and beyond.

Today, the UK and Bristol, in particular, is a center of focus in forging new pathways of rhythm-driven productions. Posted up within this hub, you’ll find Batu and other like-minded producers featured on Timedance who continue to challenge conventions of “traditional” club music, combining experimental drum patterns with polyrhythmic bass and grime in their work. This Bristolian techno not only confronts past production norms but embraces these leftfield aesthetics. Their work marks an erasure of the traditional grid-based form that has often been ubiquitous in electronic music and creates a more human feel to the work—harking back to the hand-generated meter of the past—ultimately crafting effective dance tools that are as exhilarating as they are game-changing.

While touching upon some global corners of releases, the following exploration is not to provide a comprehensive list, nor a curated selection, but rather, a primer into this diasporic world that seeks to illuminate its overlapping histories within electronic music, from the 1960s and up until today. 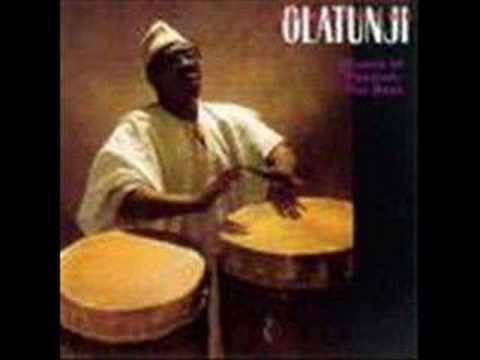 Along with Fela Kuti, Olatunji laid a foreground of rhythmically-charged funk and soul pieces that paved the foundation for success of drummers like Tony Allen and Clyde Stubblefield, who would create the most sampled pieces (“Funky Drummer”) in the breakbeat and house music spheres. 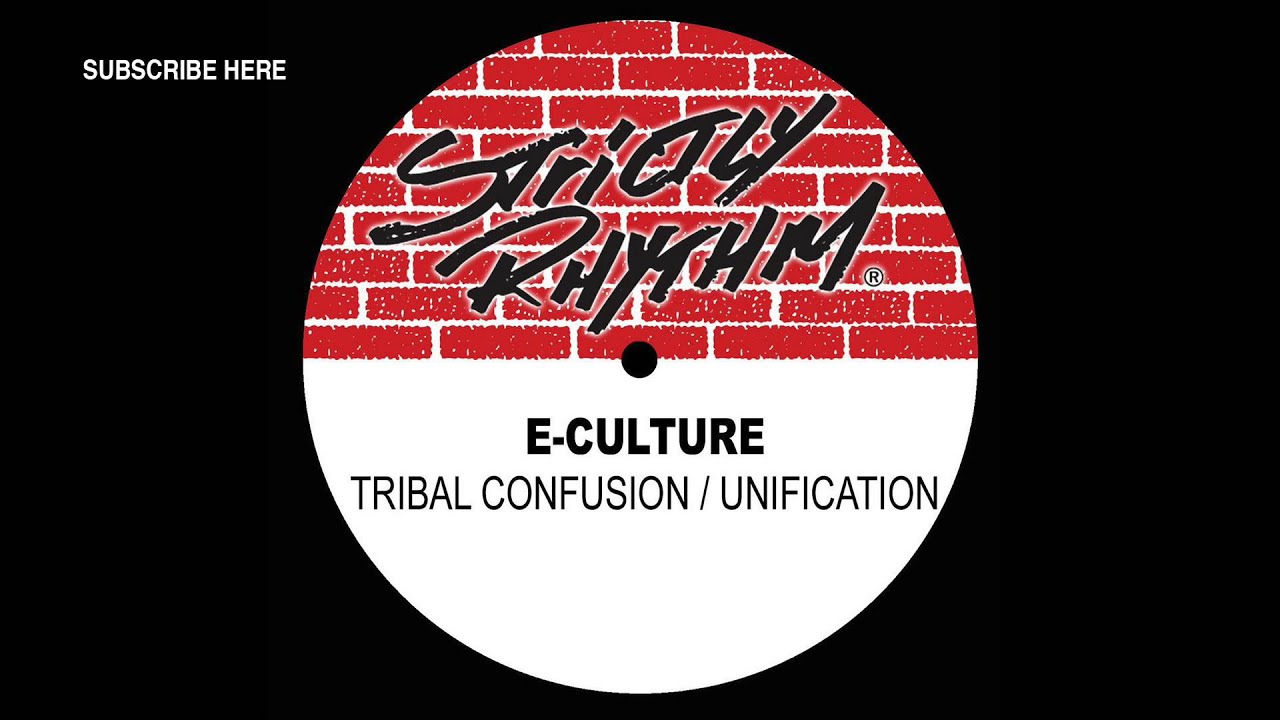 The Strictly Rhythm label was a prolific beacon in New York City during the ’90s, a pivotal time when DJs like Kevin Saunderson and Juan Atkins blended as much funk and disco as deep house and techno into their sets at places like The Limelight. E-Culture, a project between King Britt and Josh Wink, harnessed the energy of the era with this “tribal” A-side gem. 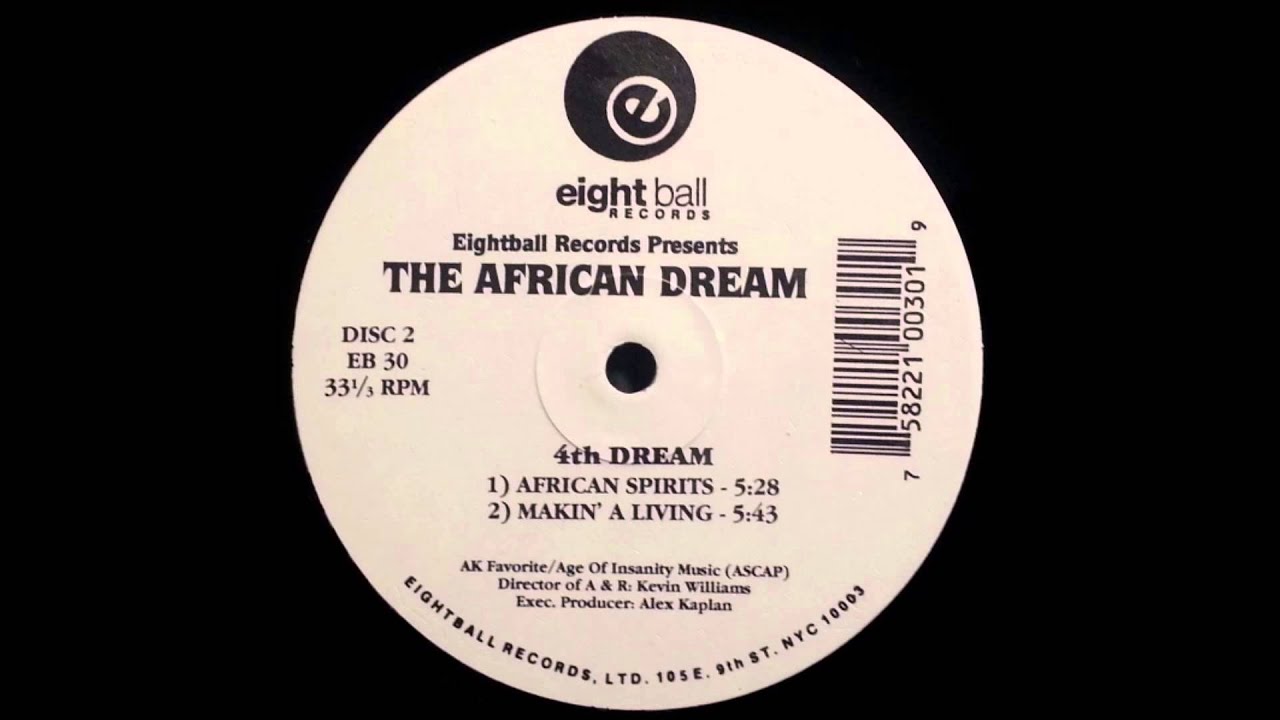 Keeping the dial tuned to the early ’90s in New York, a record store that would later turn into a label, Eightball Records pioneered a sound rooted in house. Over the years, the label’s expansion effort would broaden its catalog shelves into untapped territories, such as Garage House, with releases like Shades of Black and The Mack Vibe. But the mysterious project, The African Dream, by Lee Rodriguez and John Craden, proved to be a defining release for both the label and this ambitious new sound, solidifying its footing for infusing African roots into New York deep house. 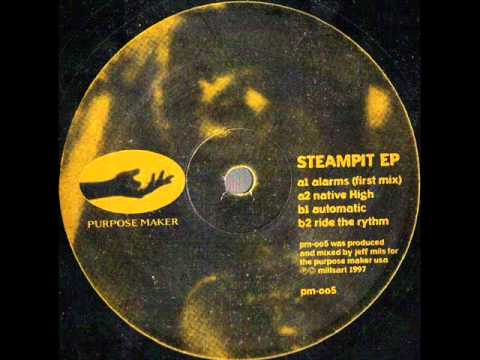 Jeff Mills built his foundational palette by integrating propulsive rhythms and sound pads into a steady, frenetic pulse. While hints of these elements can be seen in his earlier works, such as The Purpose Maker series and the Very EP, the sound of “tribal techno” was born with the Java and Steampit EPs. This unparalleled body of work by Mills continues to resonate beyond just the techno circles and calcifies his legacy as “The Wizard” to all.

To find out what Mills is up to these days, check out our interview with him from earlier this year. 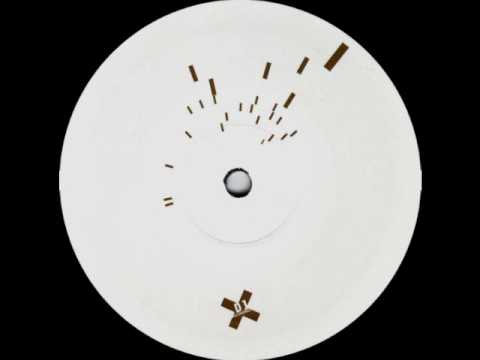 Channeling the stuttering, yet energetic drive of Mills, DJ Bone brought in new elements with dream pads and a repetitive vocal sample. This track, “What U Believe,” from his Whatubelieve EP, broadened the scope beyond the standard esoteric techno landscapes towards more melodic frontiers. 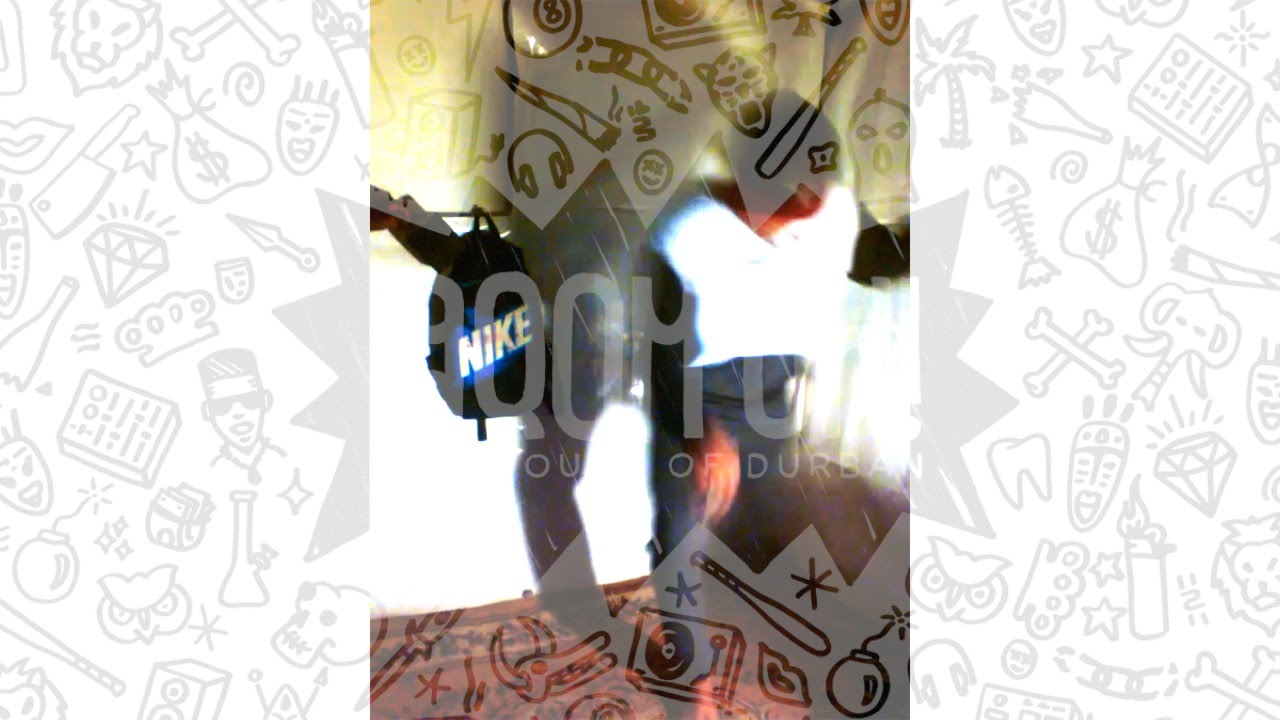 As much as African rhythms permeate throughout western electronic music, there is an abundance of dance scenes to be explored at the source. The label Gqom Oh!, which is responsible for spotlighting such prolific artists as Cruel Boyz and TLC Fam, hails from the austere underground of Durban, South Africa. As a genre, gqom is marked by sonic signatures like offbeat, side-chained syncopations, and complex hand-drumming patterns, creating the sound’s driving momentum and tension builders.

Max Watts, an emerging techno producer from Tennessee, captures Detroit’s mechanical aggression in his release Primal Spirits EP on BANK NYC. “The concept behind Mills’ The Purpose Maker series was definitely a major source of inspiration for the release,” Watts says. “I was also listening to labels like Ingoma, Primate Recordings, and Meta as a reference.” With Watts’ ability to distill snarling saturation and bumped up BPMs into invigorated techno, the release seeks to push other DJs to “use these tracks as tools to break out of their shell and fully express themselves.” 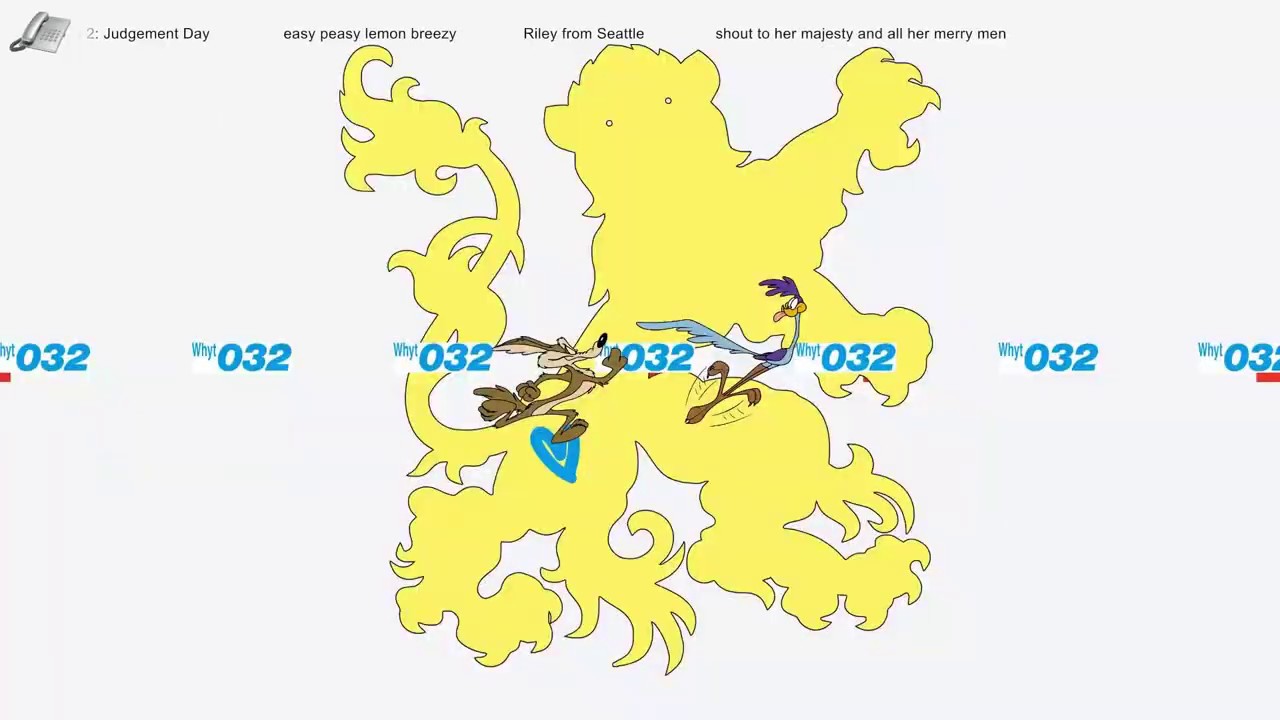 Anunaku AKA TSVI (real name Guglielmo Barzacchini) builds off a globally-minded aesthetic to create his “melting pot” sound palette, which can be heard on the Sacred Drums and Inner Worlds EPs. “Genres like gqom, bubbling, UK funky are the perfect examples when we talk about energy and tension in the club,” states Barzacchini. “Those genres were and still are a constant inspiration in my music.” The placement of drumming patterns front and center ignites a certain dancefloor euphoria, emphasizing techniques of complexity over repetition. “It adds a level of intricacy so the tracks are never boring and I think this is one of the reasons why people seem to have connected with a lot of [the tracks],” he says. The recent release 032 on label AD 93, in collaboration with DJ Plead, exemplifies this shared mindset between the two producers. 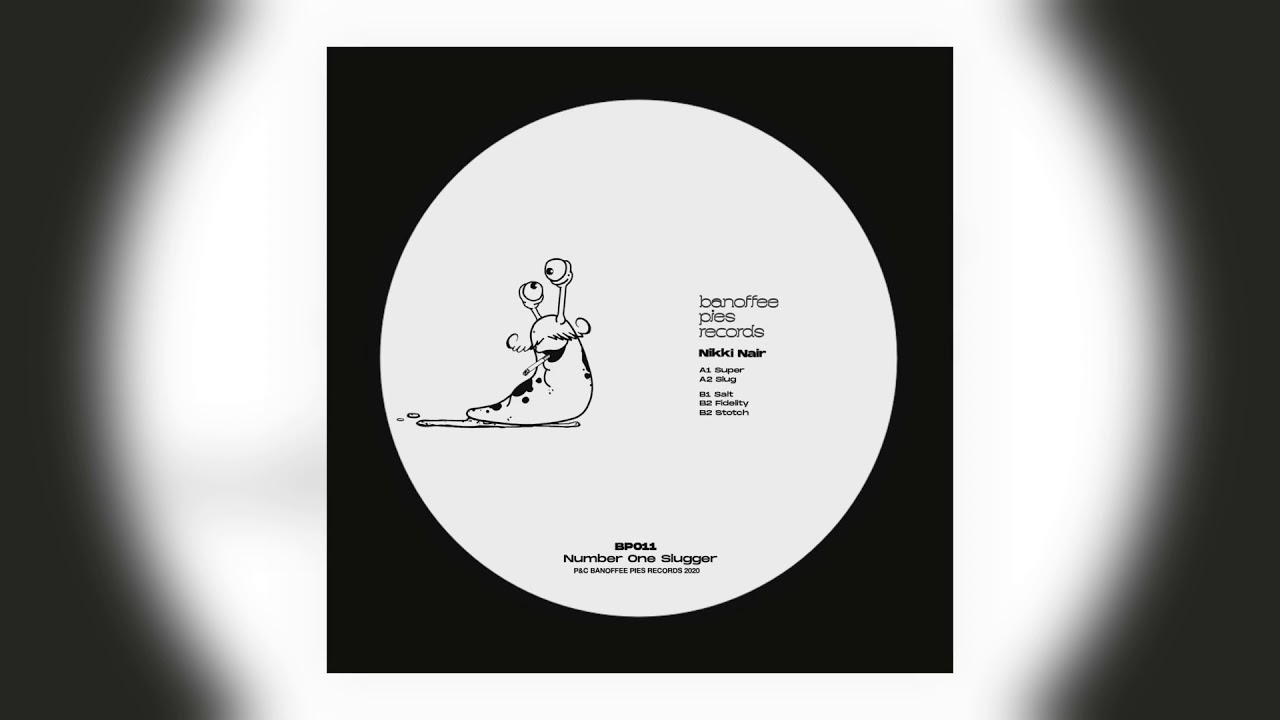 UK labels like Livity Sound, Hessle Audio, and Bristol-based Banoffee Pies have all been galvanizing through their own soundscape weaponry, with some works dating as far back as 2007. Producer and DJ Nikki Nair, who recently debuted on Banoffee Pies, pairs a stylized fusion of UK garage architecture with rivet-clanging percussion on “Salt”—a grinding club workout off the release Number One Slugger. With this percussion-centered club work, a dynamic range in the sonic frequency becomes another element in Nair’s sound design. “When I made the track, our party [TEKNOX, Knoxville] had just gotten a new sound system with these huge subs,” he says. With this in mind, he “wanted to make a track that really flexed the subs and felt like it was pushing the air at you from the speakers.”

The Timedance imprint celebrates its five year anniversary with the new compilation Sharpen, Moving  (scheduled for release on November 27). Along with Batu, the compilation features Timedance all-stars like Bruce, Ploy, and Metrist, as well as contributions from Peter Van Hoesen and rising producers Kit Seymour, Akiko Haruna, and Mang & GRAŃ. As per the label’s forward-thinking ethos, Timedance has evolved from Bristolian techno to a more globally conscious sound, continuing to breathe new life into the unwritten edges of leftfield club music.

Embedded in its genes, drum-led rhythms have long been a source for cultivating community, celebration, and a way of communication between the listeners and performers—perhaps not an unfamiliar relationship that exists in clubs today. With this expansive lineage of subgenres, a common thread still remains: this percussive work is what evokes the most primal in us, perhaps second only to dancing, and it’s this coalescing of intentions that pumps the undeniable lifeblood of the dancefloor.

Jonathan Miller is a freelance writer and editor based in Berlin. You can follow him on Instagram.