Although you might not recognize the name Randall Dunn, you may very well recognize his sound. He’s worked as a producer with a host of experimental and/or heavy rock-related musicians, including the iconic drone metal band Sunn O))) and guitarist Oren Ambarchi, and lent his skills to a collaborative effort between alt-pop pinnacles Björk and Omar Souleyman. In addition, he plays in the psych-flavored Seattle ensemble Master Musicians of Bukkake, a band that has heralded the twilight of the Kali Yuga age—the final stage in the world’s development as described by Sanskrit scriptures—for as long as they have been around. MMoB’s spiritual leanings inspired us to googled “Mahayana” in attempt to better understand their lyrics and vibe, and those proclivities also seem to have rubbed off on Sunn O))), who turned to more luminescent ideologies and Buddhist references on their latest album, Kannon. We caught up with Randall at the Chelsea Wolfe gig in Berlin, where he contributed his wizard skills to the pitch-dark, poignant performance, to find out what makes MMoB such an out-of-world experience.

Hey Randall. What have you been up to lately and what you’re planning on next?

It seems like there’s always something going on in Seattle’s music scene. As a resident of the city, how do you think it’s going at the moment?

Seattle is always great because it doesn’t rely on an industry. People are more self-motivated, so there’s always some artistic substance to what’s going on.

Do you know T.J. Cowgill, who also makes music as King Dude? I’m curious because there’s been a lot of cult-flavored, countryesque punk emerging from Seattle, but you don’t see any of evidence of it in Berlin.

I feel like that’s almost an old country thing that has a deeper darkness to it, which is what T.J. tries to work with. It’s also tied up in fashion quite a bit. He runs a fashion label, Actual Pain, so it’s all connected.

Yeah, that’s right. Didn’t Prada use “Flower of the Field,” a track by Seattle-based duo Mamiffer that you produced, in a campaign? How did that happen?

They did, and it was total accident. They heard the song and wanted to use it, which is really great because [Mamiffer frontwoman] Faith Coloccia’s music has a very earthy and powerful goddess message. It’s nice to see things like that entering the things that aren’t necessarily like that. I think Faith’s only stipulation was that they didn’t use vocals.

The ad involved some sacred geometry aesthetics. In fact, it seems like many designers lately are putting hermetic or esoteric symbols all over their clothing.

Most of it’s empty. It’s like fetishizing some mystical element without knowing the purpose of it in a lot of ways. It’s not different than black metal bands that put magical stuff on their shirts and don’t know what it means.

Do you think it can turn kids on to more magical ideologies?

Sometimes the use of those symbols can water something down, so it gets further turned into something synthetic and loses its meaning. We’re in the age of Kali Yuga, so everything that had substance has no substance, and everything that was real is now synthesized and people are accepting the synthesized version as the real version. But the nice thing about Kali Yuga is that it’s almost over and maybe we’ll wake up and something else will come up. I think that the power of women will become more important and the world will start to understand that we’ve been lacking that. It’s been suppressed in various ways and forms.

Are you referring to social-political oppression?

Of course. Also spiritual oppression. I think we’re living in an age when old, dying religions have their hands firmly around power that was never supposed to be theirs, and through the manipulation of language and colonialism of consciousness they pushed the feminine consciousness down and out of their world. I think we see that pushing back.

We’re coming to the very end of a cycle of records. Our first record, The Visible Sign Of The Invisible Order, was the awakening. Then we had Totem One, Two and Three, which was the story of a civilization losing its spiritual consciousness. Far West was about the approach of the West and becoming a commodified spiritual entity. Now we’re coming to the final chapter, Failed Future, which is the realization that everything that was once with substance is now synthetic. The next record after this will be a new cycle. I’m thinking about how we’re manipulated consciously on a daily level through the internet, Facebook and language manipulation. More and more we’re losing our grip on the layers of reality that we’re presented. I like to bend this reality until its meaning weighs upon itself as possible with our stage show, our records and the language we use in our songs.

Do you look at your music as ritual?

I mean, everything is a ritual. Having this coffee right now is a ritual; life is a ritual. I don’t look at anything that we’re doing as having an inherent liturgical depth to it. I’m more interested refracting, like a facsimile of something that is a facsimile of something else. If we were doing a ritual, I would hope it would be a ritual to wake people up and to not look in places like rock bands for something with spiritual substance. There are other things or places to look deeper.

How does this reflect in your music-making process? For example, how do you choose whether to use more analog or digital gear?

You can’t really do anything without using digital anymore, so the whole thought of doing something strictly analog or strictly digital is like what we’ve been talking about. They say the soul is electromagnetic. Digital doesn’t work electromagnetically, but analog does, so maybe there’s a connection between that. But I’m open to any format that allows for the manipulation of sound.

Is it true that if you play two MMoB records together at the same time, they perfectly sync?

Yeah. That happen if you play the new record, which is called Further West –The Quad Cult Remix LP and Far West. One is entirely made of synthesizers, the other one is a little of both, and they’re designed to be “East” and “West.” If they’re out of sync, well, that’s exactly how life is. We definitely made the newest record and the one before this specifically so they actually would line up if you start them at the same time.

Are there other riddles like this throughout your music?

The song titles, especially from the Totems, and the languages used on the albums; there’s Latin, early Greek, Turkish, Berber. One of the tracks on Totem Three is a talk that Faith of Mamiffer wrote about the manipulation of language in the Catholic church and its oppression of goddess energies. The only time we ever used English was on Far West, and that’s the one where it’s about Mount Shasta and New Age cults, spiritual materialism and consumption. Do you know the story about the Donner Party? They were pioneers in the 1800s who tried to settle in California, but during a rough winter they got stuck and ended up cannibalizing each other. So Far West has a mountain on it from that mountain range, and it’s about the Donner Party and how Western expansionism tends to synthesize things into something else and then devour them. 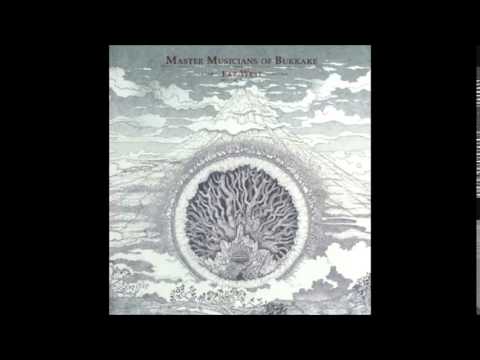 A lot of their mythology is wrapped up in it. Same with Secret Chiefs 3, Sunn O)))—all these bands have a similar intent that creates something that’s bigger than just being a rock band. For MMoB, I want it to be like a [Werner] Herzog movie, so at our concerts the people on stage aren’t necessarily people who are named. We’re trying to create an entity that is beyond music and relates visually and sonically with everything in a way that’s different.

Regarding the process of writing music and the process of sound engineering: is there a switch you need to do from one mindset to another? Which principles are you most true to?

Sound is sacred to me; it’s the most important thing. No matter what I’m doing, I take sound very seriously. When I’m producing a record I have a big responsibility to help the people I work with see what they’re doing with their music. In my own band, the way we approach it is more experimental. I try to do things that I’d never do on other people’s records, to make it outside of the comfort zone for everybody.

Do you think that doing music from this perspective can result in a better understanding of music, or does it pose the risk of distancing the listener?

I think it definitely can be distancing. I’ve always been influenced by this saying of Brian Eno that I read when I was young. He said he tries to find a space within the music and inhabit it. I try to find that space rather than impose something that’s just mine.

You’ve worked with diverse artists, from Omar Souleyman and Björk to Sunn O))). They have in common a certain mystique that usually transcends sound. How did you come to work to such idiosyncratic musicians?

I’m attracted to really nerdy people. I’m very fortunate that people whose music I feel moved by tend to be characters like that: pretty deep or interesting people who share an attitude to go deeper into music. I connect with that, so I’m lucky when people say yes and allow me to not-ruin their music.

Does sound-craft work as a spiritual device?

When you’re making a record, you’re divining something. You can tangibly feel that and there are ways to capture that process. In a collaboration with artists, if they’re willing to go there too, then you can really discover it together rather than just impose something, put some fashion around it and come that it comes out cool.

How do you work with people who were totally pragmatic about how they perceive sound?

It’s a different mindset. I can have my own unique experience with their music. Sound is relative and it’s relative to everybody’s experience, individually. Not everything has to be so steeped in these ideas. The kaleidoscope of experience with sound is what makes it fun.

But which is more challenging: doing a project in which you are the only person who interacts with sound on a deeper level, or being in a process where both sides have this approach to music and overlap?

Both sound equally frustrating. [laughs] It just depends on the approach on the music. I don’t think either is harder. A lot of people write songs that they never intend to have a meaning with, but then they have a deep meaning to a lot of us. And when you ask them about it they’d say, “I don’t know, I had a cup of coffee and then wrote this song,” and you’re like, “I thought you were talking about this thing that happened to me.” That’s the true hermetic power of music: regardless what your intent is, it doesn’t matter. How it’s received becomes another life.