Warsaw is a city of lost souls who disappeared somewhere between superficial development and selfless malice. My experience throwing local parties Brutaż and Światło in comfortable and gloomy spaces has taught me that the most interesting parts of Warsaw’s art scene are silent, like the weird guy looking at you while you’re not watching or that bored girl standing in the corner. I broke the ice and started to approach strangers, and after many years living in the city, I became friends with people whose art doesn’t really fit the Western-optimized view of what “nightlife” and “underground” should stand for. The following is a list of those who pushed me to get involved in what I’m doing now and whose art doesn’t translate to the realm of art business nor the idea of the “underground,” but nevertheless holds great potential to affect moods and minds. These people created without hope for wide acceptance in the first place.

Ever Moving is one of many monikers used by a suspiciously quiet resident of Warsaw’s Żoliborz neighborhood who runs Get The Balance Right, a vinyl label focused on moody techno sounds with an honest musical touch. Born in Koszalin in north-western Poland, he got into music through dancing about 10 years ago and progressed from Tresor-oriented industrial to intimate and somewhat hypnotic analog jams. His spiritual attitude led him to explore the concept of timbre and to develop a deeper understanding of techno’s environment, and he started making and listening to music as an inner dialogue because he didn’t really have anyone to talk to about it. Although he enjoys quite a following outside of Poland, Warsaw’s scene hasn’t really treated him well. Recently, he’s gotten back on a DJ track—not that anybody was asking—and performs under a darker alias called K Magic. 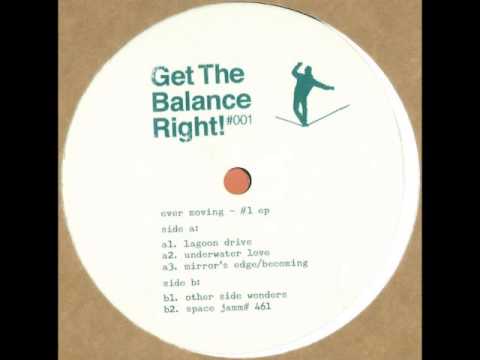 Poznań-born Jakub Lemiszewski founded a few bands and works under his own name. He was influenced by his hometown’s punk and noise rock scene, which included acts like Woody Alien and Brudne Dzieci Sida. He describes his current main project, Sierść, as “black metal, yet guiding into the light.” It’s hard and murky but leads someplace positive, like a reflection of Warsaw’s “whited sepulchre” ambience. His solo work is a different story; it touches on techno and odd samples to expose the creator’s introverted and calm nature. Oh, and it would be unwise not to mention Graveyard Drug Party, his deranged punk band that sounds pretty much like David Yow drinking green tea. He frequently jams in the basement of clubs like Chmury and Eufemia (see below) with noise rockers from Złota Jesień, trying to make a living from fake growls, awkward riffs and earaches. Keep an eye out for the group’s upcoming European tour.

Jacek is a mean sound artist, an occasional critic, a DJ and one of the first Polish perfomers to use a computer to perform music live, which he usually does in secondary rooms at techno clubs. As a consequence of his work at Warsaw’s Centre for Contemporary Art (CSW) and his friendship with experimental composer Zbigniew Karkowski, he started Neurobot, a samizdat and a music project that caused a bit of mayhem, most notably at an illegal punk rave where the band had to escape following certain disagreement over their music. You can catch him spinning techno records at Brutaż or panning the Polish art scene in his light-hearted style here and there (“I usually feel bad when people have fun,” says he). He’s just about to release another piece of his sonic deformity as an album on Lumberton Trading Company. He also reads books to Aleksandra Waliszewska, who’s up next on this list.

Aleksandra paints nightmares. Her work, which you can sample in her PROBLEM/SOLUTION books, enjoys a certain following in Poland despite its gruesome nature. She often juxtaposes apocalypse, trauma, mutilation and perversion with childish beauty, cute goats and kittens. She doesn’t ever do commissions, yet her work inspired and was used by artists like Current 93 and Mueran Humanos. It also contributed to the creation of The Lure, one of Poland’s most successful recent indie films.

This Lublin native has operated on the Polish music scene since debuted at Berlin’s Hate Parade in 2001 as a half of the analog post-digital hardcore duo Ślepcy. He travelled all the way from breakcore to theatre music, new music, drone, krautrock and back to dance music. He doesn’t like super serious music and is often driven by coincidence—for instance, he was once given a drum machine during a gig in Korea, which resulted in his jump from melancholic synth work to distortion and awkward atonal house vibes under his new alias Heroiny. He compares his sonic output to Sun City Girls, however weird that might sound. He also threw first seven Brutaż parties, so he’s technically a founder of the series. 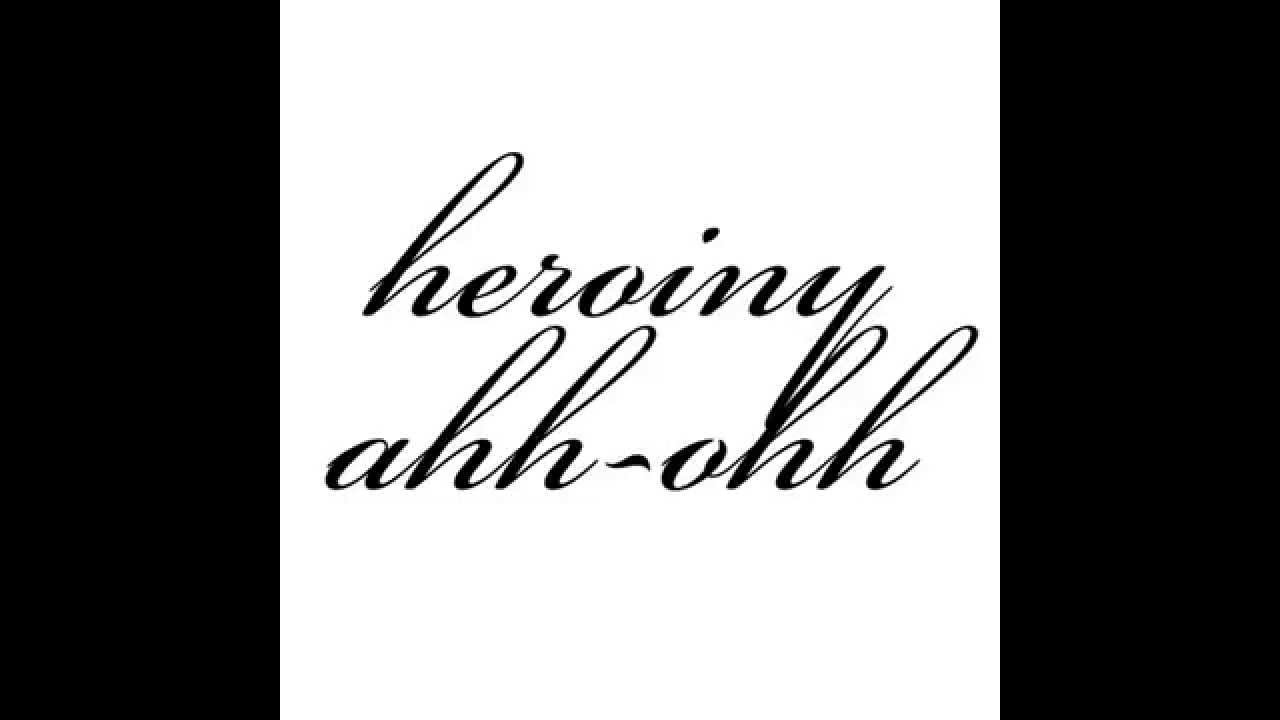 Glissando is a twisted community and a magazine—or perhaps it’s better described as a journal. It’s potentially the most important self-contained phenomenon on Warsaw’s musical map, with topics that range from modern academic music to music for children. Glissando puts “serious” music in an unorthodox and understandable context by taking ordinary sounds and describing them as symphonies. They host discussions and lectures all over Poland and persuade people to write about difficult, unknown and often non-musical sounds. Those involved—Janek, Krzyś, Iza, Ada and Antek (pictured above courtesy of Laura Ociepa)—all have different backgrounds, and their magazine is the best source for avant-garde and new music performances as well as the most inclusive art magazine I’ve encountered. Microtonal music, power electronics, Dada manifestos, you name it—Glissando never fails to disappoint or to satisfy the tastes. Here’s an appetizer.

Agata Pyzik is a cultural critic and “recovering Warsavian” trapped in Warsaw. She writes about music for The Wire and about politics for The Guardian and The New York Times, but neither publication gives her the space to say what she really wants. While living in London, she rediscovered Eastern Bloc popular culture through the prism of a Western observer and eventually wrote a book titled Poor But Sexy: Culture Clashes In Europe East And West. It’s a rollercoaster ride through and a reflection of her process of getting rid of the shame of one’s own cultural roots—a Polish specialty. For English speakers, her work is probably the easiest starting point for reading on Warsavian and Polish identity, but it’s really subjective.

Her forthcoming projects include a book on David Sylvian’s and the band Japan’s fixation with the Far East and Maoism. She’s also working on an essay on the Eastern Bloc concept of freedom, which covers the Pierestroika movement and the war in Yugoslavia.

This space doesn’t really have a proper sound system, parts of it smell pretty bad and you have to hold the toilet door while you pee (or whatever)—but it’s still the best venue in Warsaw. Located in the basement of Warsaw’s Academy Of Fine Arts, it offers great improvised music, experimental karaoke sessions, awkward dance parties and great chłodnik, a typical Polish cold beet soup. It’s a meeting point for disillusioned students, punk rockers and lost tourists, and it’s where the first Brutaż parties were held. The result is a small cheerful/depressed community, and you too can hop on the bandwagon now. Pro tip: ask a bartender to tell a joke.

Komuna// Warszawa stands for bravery and for making theater count again. Its early stage pieces were an offshoot of a preexisting commune, so it’s rooted both in the values of anarchistic Komuna Otwock and free-spirited Akademia Ruchu theater. Using short and minimalistic forms—light, sound and concrete—the company’s shows submit helter-skelter analyses of the modern human condition and the phoniness of naïve leftism. They’re extremely productive and recently made 40 pieces as a part of the RE//MIX project, all of which were aimed at redefining and criticizing their own inspirations. The posse members make sure they’re as far from critical art as possible and use their work as a way to bridge communities while blurring the boundaries between performing and a stupendous life coaching. It’s really fun.

Their most recent projects include telling the story of Google founder Sergey Brin and his obsession with human genome, throwing two Brutaż parties, hosting a TED-inspired session of 15-minute long stage pieces compiled from works by total debutants and renowned directors like Grzegorz Jarzyna and Paweł Łysak.

This concert venue was created as a safe harbor for Warsaw’s avant-jazz and free improvisation crowd right after the LadoABC label went on temporary hiatus and the avant-garde club Powiększenie closed. Surprisingly, it became a really popular concert venue and attracted a totally new audience and many great musicians; Thurston Moore, Peter Brötzmann and Michael Gira have all played multi-day stints at Pardon with a great success. It’s truly a pillar of Warsaw’s scene and one of the few clubs where no one will judge you for having a cup of green tea in the middle of the night. Concerts take place usually on Mondays, Tuesdays and/or Wednesdays.