Gen Z’s cultural heavyweights may be young, but they move with purpose. For the launch of Billie Eilish’s partnership with Deutsche Telekom, and in commemoration of International Youth Day, the artist is backed by a group of six young representatives who come from a diversity of backgrounds and skillsets. They may be furthering their creative scenes—like Polish DJ and performer Leo S, German musician and YouTube personality Fabian Grischkat, or Austrian sustainable fashion creative director Anna-Laura Kummer—pushing the tech industry into the future, like German hacker and computer security CEO Philipp Kalweit, or enacting political change, like Dutch and Greek climate activists Jahkini Bisselink and Eirini Vougiouka. 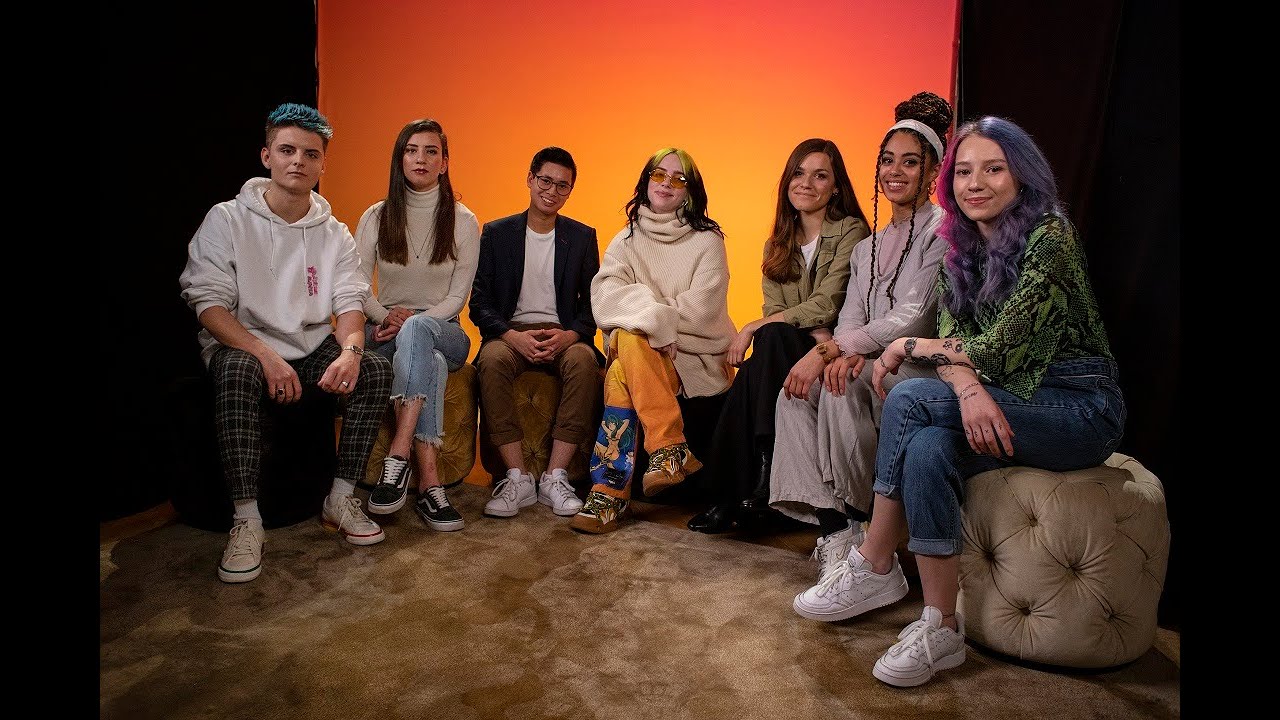 Operating in vastly disparate fields however, does not suggest that there is a lack of solidarity. In the same way that different rave genres uphold a shared ideology of mutualism and communion, soundtracked by a deep, unified beat, all these Gen Z leaders harbor a fiercely egalitarian vision for the future. By utilizing their various technological strengths, whether it’s a pithy Instagram story, Youtube web series, or taking over the DJ decks, this collective shirks their peer group stereotype of superficial and self-serving interactions by driving forward global movements with unprecedented momentum. Meet the ever-inclusive and eco-conscious cadre below, and look to these spirited individuals for #whatwedonext.

As an engaged activist, Bisselink’s mission is to make political participation and entrepreneurship within reach for young people everywhere. At the age of 18, Bisselink began working at the United Nations as the Netherland’s youth representative. During her two-year tenure, she spoke to thousands of young people across the country to hear their thoughts on themes like racial violence, social mobility, and political enfranchisement. Bisselink presented this information to the United Nations, where she also gave speeches, negotiated formal resolutions, and hosted events to represent her Gen Z constituency. Now, at only 20-years-old, Bisselink continues to dedicate her life to civil service. On her Instagram, she regularly shares resources and tools to help her peer group voice their concerns. Recently, she also founded Jahkini Consultancy, a platform through which she advises companies and institutions on how to bridge generational gaps and sustain meaningful relationships with young people. Read our feature on Bisselink’s work here.

Eirini Vougiouka, a 19-year-old climate activist, advocates for an environmentally-conscious lifestyle across all generations. In March 2019, following in the footsteps of Greta Thunberg’s global call-to-action from the previous year, Vougioka brought Thunberg’s Fridays For Future movement—an international school strike against climate change—to her hometown of Athens and then extended it across Greece while connecting to other countries’ branches. As the figurehead for the local movement, she’s spoken out about the urgency of sustainable practices in front of the Greek parliament, as well as on television, radio, and on the stages of the 2019 SMILE summit in Lausanne and the 17th CSR conference, organized by the Hellenic-American Chamber of Commerce. When she relocated to the Netherlands in August of 2019, Vougiouka set up a Fridays For Future branch in The Hague. She now aspires to promote a sustainable lifestyle through her social media platforms. By activating a network of likeminded peers, she intends to show that personal responsibility alone cannot save the planet—it has to be a collective effort. Vougiouka believes that by working together, and by using the available technology, the world can stand in solidarity against its impending crisis.

Fabian Grischkat is a German musician, comedian, and YouTube personality with over 96k fans. The 19-year-old may be best known for his elaborate, almost slapstick videos, his musical parodies, and his forthright daily musings on TikTok and Instagram, but Grischkat also uses his popular platforms to campaign for LGBTQ+ rights, including this video published with Youth Against Aids to commemorate Christopher Street Day. Advocating for equality is always at the core of his message, alongside other pertinent topics like political participation, climate change awareness, and plant-based and sustainable lifestyle choices. Read an interview with Grischkat in this feature.

Sustainable fashion activist Anna-Laura Kummer is the founder and creative director of The Slow Label. Originally from Vienna but now based in Berlin, the 24-year-old created her own transseasonal label with an emphasis on fair manufacturing processes that aims to decelerate a fast fashion industry. Kummer has spent nearly a decade building a loyal audience and spreading her campaign around the world via Instagram and YouTube. A scroll through Kummer various platforms reveals an outspoken advocate for sustainability, fair fashion, and planet-friendly nutrition, with daily tips and tricks on how to live a more environmentally-conscious life.

20-year-old Philipp Kalweit is Germany’s most sought-after hacker and renowned IT security expert. Since the age of 16, he has been advising companies on IT security issues. His main focuses include public relations and education, holistic security audits and interdisciplinary consulting. In 2017, Philipp founded the consulting company Kalweit ITS GmbH and, over a period of two years, led a multi-generational team with members from 21 to 48. Today, he’s expanded to a worldwide network of freelancers, experts, and cooperation partner. His mission, however, remains constant: push forth sustainable cybersecurity into the digital world of tomorrow. Through his work, along with keynotes and campaigns with international companies such as Microsoft, Kalweit is keen to break the negative stereotypes of the rogue “hacker.” IT security, he believes, should be comprehensive, transparent, and accessible for everyone. Last January, ZEIT Hamburg named Kalweit the “Hamburger of the Month” and, in the same year, Forbes Magazine declared him one of the most important young “30 under 30”  entrepreneurs in the German, Austrian, and Swiss regions.

Leo S is a Warsaw-based DJ with an ear for trap, dancehall, reggaeton, and afro-influenced beats. As one of the few female hip-hop DJs and only female tour DJ in the Polish scene, Leo maintains a heavy hustle. The 21-year-old is a co-founder of the FINESSE collective, known for throwing its trap parties and for bringing artists such as Suicideyear or Places + Faces to Poland, as well being the resident of notable clubs as Miłość Kredytowa 9, Prozak 2.0, Mewa Towarzyska, and SQ klub and parties as Trapbox, Hypetalk tour, So Hard, Drip, and Newonce parties all over the country. She is also currently the go-to tour DJ for irreverent Polish rapper Żabson and the rap group Chillwagon. It’s no surprise that music has always been an integral part of Leo’s life: At 15, she finished her first degree in music in her hometown, while simultaneously dancing in hip-hop and dancehall crews from the age of 9 until she was 17. By 18, Leo already began playing her first DIY parties at Metronom club in Warsaw and was enrolled in music production school at SMN in Wroclaw. Then, two years later, she became Zabson’s tour DJ and hypeman—a role she still holds today. Read our profile on Leo S, and listen to an exclusive mix here.