Blitz was conceived and created by a team of five nightlife people. Over the years, some of us have concentrated on gastronomy by running restaurants and bars, but we all met in a club at some point. Before Blitz, I worked for seven years as the creative director at Bob Beaman club here in Munich. After a good run, I felt that I was ready for a new adventure. I didn’t want to make compromises anymore. If you want to do something great in nightlife, I think your economic interests shouldn’t overshadow every artistic decision. You have to believe in it and hope that it all works out—otherwise you’ll always end up with decisions that jeopardize your vision.

While working at Bob Beaman, I was constantly looking for locations, because I always knew that at some point I wanted to do something on my own. I had been talking with Brane Peco, who used to run the club Registratur, about opening a club for years. The timing just felt right to go for it. When I first set foot in the space in the Deutsches Museum that would become Blitz, I wasn’t so sure about it. We were standing in this huge empty room—basically a hall with a column every three meters. For a moment, I had a hard time imagining building a club and restaurant there. But my partners said, “You have to build rooms within the rooms first. Think of it as a game of Tetris; just imagine where you would build different rooms.” And then it all clicked. I walked around and knew where the main floor should be, the second floor, the bar and the restaurant. Within an hour it all made sense.

We have a six-year contract, but it’s unclear if we’re really going to have to move out after that. So we don’t approach the project with the idea that it’s fine to cut corners financially and only focus on the bare essentials since we’re only going to be here a few years. It’s quite the contrary: we want to pour our experiences into it from all our years in nightlife and create something special without compromises. It’s a big location, and we wanted to make good use of that fact. Munich’s authorities were quite supportive. I mean, it’s a prestigious building: the Forum der Technik des Deutschen Museums isn’t just any building. To have a club in there is still pretty crazy to me.

Doing a club is a means of giving something back to the culture I love. It may sound a bit lofty in 2017, but I still believe that you can have a cultural and political impact with a club. That’s one of my main drives. I sat down and wrote a very long essay about what, in my eyes and experience, makes a good one. I wanted to make a club that advances dance culture in one way or another. Of course, there are a lot of things that you can’t plan, things that are circumstantial and you later say it was the right place at the right time. But there are definitely also a number of parameters that you know are crucial and that you can plan out in advance. For the initiated, a lot of the things I mention in this essay—you could even call it a manifesto—could seem redundant. But to recap and summarize all of those things really helped me to get a feeling of what we were about to do. And it also helped with investors or other people to communicate the idea behind Blitz as clearly as possible.

We kept it very low-key before we opened. We didn’t want to start with a big splash, but rather announce that we’ll open soon and then just do it without much fuss. Our first press releases didn’t include a lot of information; we wrote that we wanted the club to be a place of communion and inclusion rather than exclusion, that we’ll focus and build on our strong residents like The Zenker Brothers and Skee Mask and, of course, that we have a state-of-the-art sound system. That is absolutely crucial in my mind. I was adamant that we just open the doors without an invite-only soft-opening with glasses of champagne and all that. That meant no guest list either—although we did provide free drinks as a surprise. 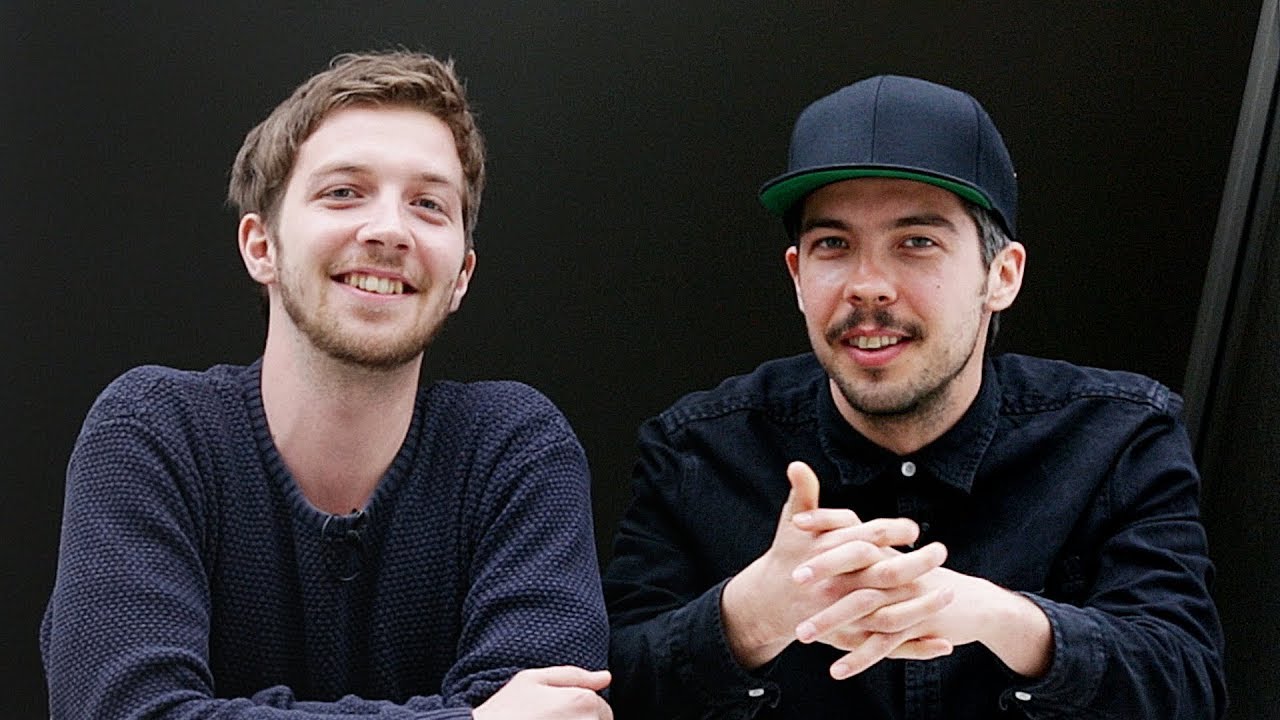 We opened the doors at midnight, by which time about 2,000 people were already waiting outside. It was pretty crazy and overwhelming. For a while it was pure chaos in front of the club—a bit of a nightmare, really. There were so many people that the streets were blocked, which obviously resulted in the police and fire department showing up. When we opened doors at midnight, they told us right away to close them again because there were too many people outside blocking the exits. It was a mess. Maybe 200 people were inside. We had opened the restaurant earlier that evening as well, and some of the guests—including our parents—spilled over into the club after dinner. We weren’t allowed to let more people in until the situation in front of the club was under control. Some thought the club was already packed and that, despite our announcement, we did have a VIP list—but that wasn’t the case. The whole area in front of the club had to be cleared by the police. Afterwards, there were a lot of complaints on Facebook, which was a bit disheartening, to be honest. It took us a few weeks to get over it and feel excited about doing the club again.

Somebody wrote something along the lines of “Munich’s Berghain,” maybe because of the building’s outer facade. Maybe it’s because we have a strict no-photo policy, too. I really think—in 2017 more than ever—it’s imperative to ban cameras in clubs. The effect of a no-photo-policy is just universally positive. The vibe is so much better if you don’t feel monitored, and it takes the edge off this really annoying DJ-worship and star cult that has taken hold so firmly within dance music. It creates intimacy. People are so obsessed with holding onto certain moments via photos that they miss the actual moments they want to hold on to. It’s absurd. Anyway, the Berghain comparision is ridiculous. It’s the perfect club, and there’s no point trying to recreate or even copy some aspects of it. You can only fall short and fail. Also, Munich is not Berlin. We have a very different context here in southern Germany. We intend to create something unique with its own vibe.

Sound systems and good sound are my passion. To have a state-of-the-art system in a perfectly treated room was one of the calling cards of Bob Beaman, too. This time I knew I could take it a bit further. You can’t buy good sound like a bag of cornflakes. You can have the most expensive sound system, but if you put it in a shitty room without the proper EQ-ing, it’ll sound like shit. That’s why I don’t understand the fetish with certain brands. I think all the high-quality brands—Funktion-One, Meyer, Martin Audio or, in our case, VOID—manufacture amazing speakers and sound systems. But at the end of the day they are only tools. The social aspect and function of a club is what is most important. It’s all about this moment on the dance floor when you realize that all the others are feeling it too. That’s the magic.

Munich is like a little village. Everyone knows each other. Despite all the competition, people in the scene work together and support each other. That’s always been the case in Munich. One of the things the city’s nightlife is widely known for is the air of exclusivity. And usually you then think of dudes in designer suits and button-down shirts who order vodka bottles at P1. But for me, exclusivity is also when one of those guys doesn’t get into a techno club because of the way he looks. I still think of the dance floor as a meeting point and an autonomous zone where people of all backgrounds can come together and social hierarchies are dissolved. If you really believe in that, you shouldn’t try to keep people out. A club can help to check your own prejudices and biases. My dream is to have them all in my club: hipsters, hippies, yuppies, working class people—you name it. I want to connect people.

Sometimes I go home and see a Facebook post by some so-called “techno expert” saying that the crowd was shit. And that does sting. I mean, I know how this works. People come in and look around, and maybe there are a few older guys drinking at the bar who they think look out of place in a club. This superficiality and this snobbiness really bothers me sometimes. A club crowd should be a reflection of society—or at least be open to everyone who wants to participate. As I said before, it should be inclusive in every way. I wish people would be more open-minded. I know it’s such a cliché and everybody thinks of himself as open-minded, but in my experience, it is actually a pretty rare quality.

One of the event series at Blitz that’s especially close to my heart is called Cruise. It’s a queer fetish party. I’ve dreamt for a long time about establishing such a party in Munich, because I think a lot of people here have longed for something that combines queer and fetish culture. But they didn’t have an outlet to live out their fantasies yet, which I think is pretty sad. When I started to outline the concept of the party with some friends, we discussed if we should make it men-only or queer-only. But I didn’t want that. I don’t want to exclude women or heterosexuals.

Overall, I think club culture should be political. As much as I love and live the pure hedonism of it, we’re living in a time when I think it’s important to remember where this whole culture comes from. Who are the building blocks; where are the roots? We in the West shouldn’t take our liberties for granted. We are very lucky. I am a Jew living in Germany, and like any other minority, you very often just have to scratch the surface to find that things you thought didn’t need explaining or debating anymore are still very much alive. Often people don’t even realize that they’re offensive, and I know that they don’t mean it that way. But there’s still a lot to do, and lately a lot of old resentments are being expressed openly again. At the end of the day, we are running a club. It’s not that we save whales or rescue refugees in the Mediterranean Sea. Offering a space where you can feel free from harassment and where people from very different backgrounds can come together is our little contribution.

We are hosting a Telekom Electronic Beats Clubnight with Bicep at Blitz on September 20, 2017. Find more information here. 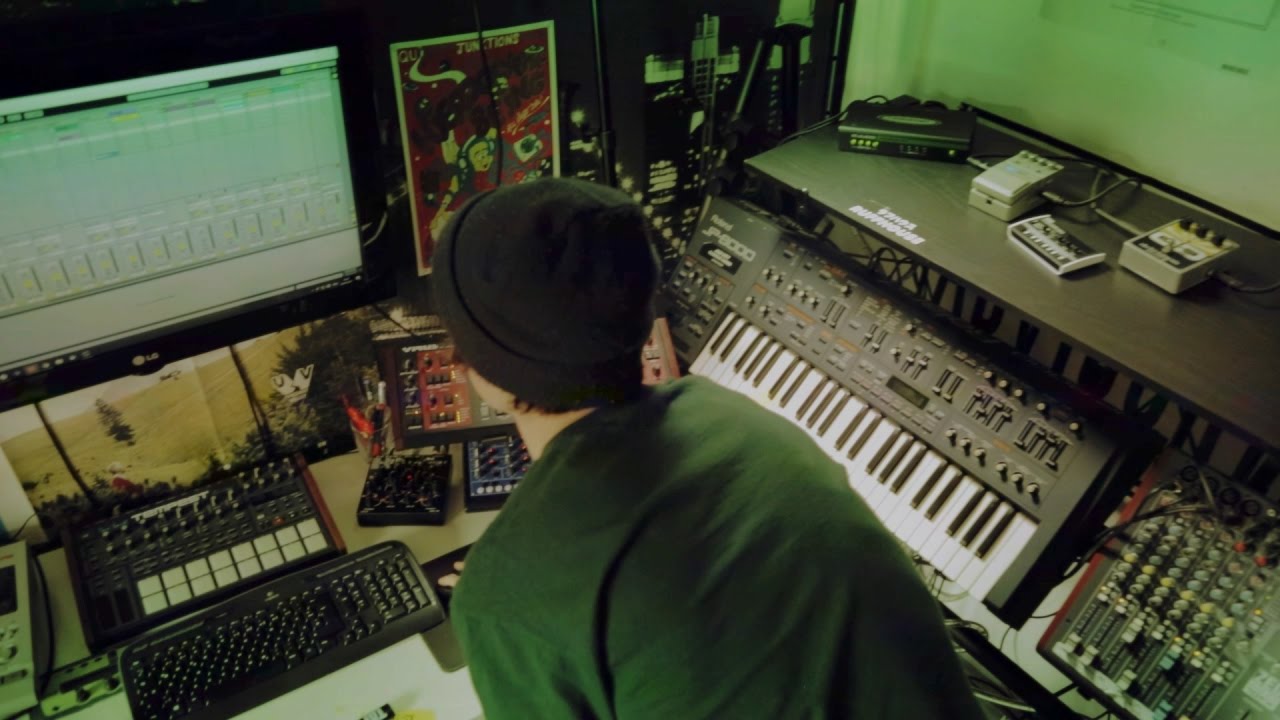