For a collective whose name translates to “Abyss,” the Czeluść story runs fittingly deep. What started fewer than three years ago as a party for 60 people in a small Krakow basement has now become a nationwide movement behind major club events, and has created its own festival, a series of innovative albums and a booking agency. Its mission? To inspire and assemble a new generation of Polish producers.

“No one wanted to know at first,” says Jan Kosinski (a.k.a. Kosa), one of Czeluść’s co-founders. “Promoters or clubs in Krakow—or anywhere across Poland—just weren’t interested in this kind of music. We had to make our own platform to promote ourselves.”

“This kind of music” that Kosinski is referring to is a barbed, bewitching brew of trap, wave, witch house and two-step. Technically and aesthetically it could be compared to LA’s Low End Theory or Plastician’s Terrorhythm and experimental beats. The style truly has no rules, limits or tempo restrictions. The only consistency, in fact, is its smouldering beats, generous helpings of low-end and powerful, evocative atmospheres. 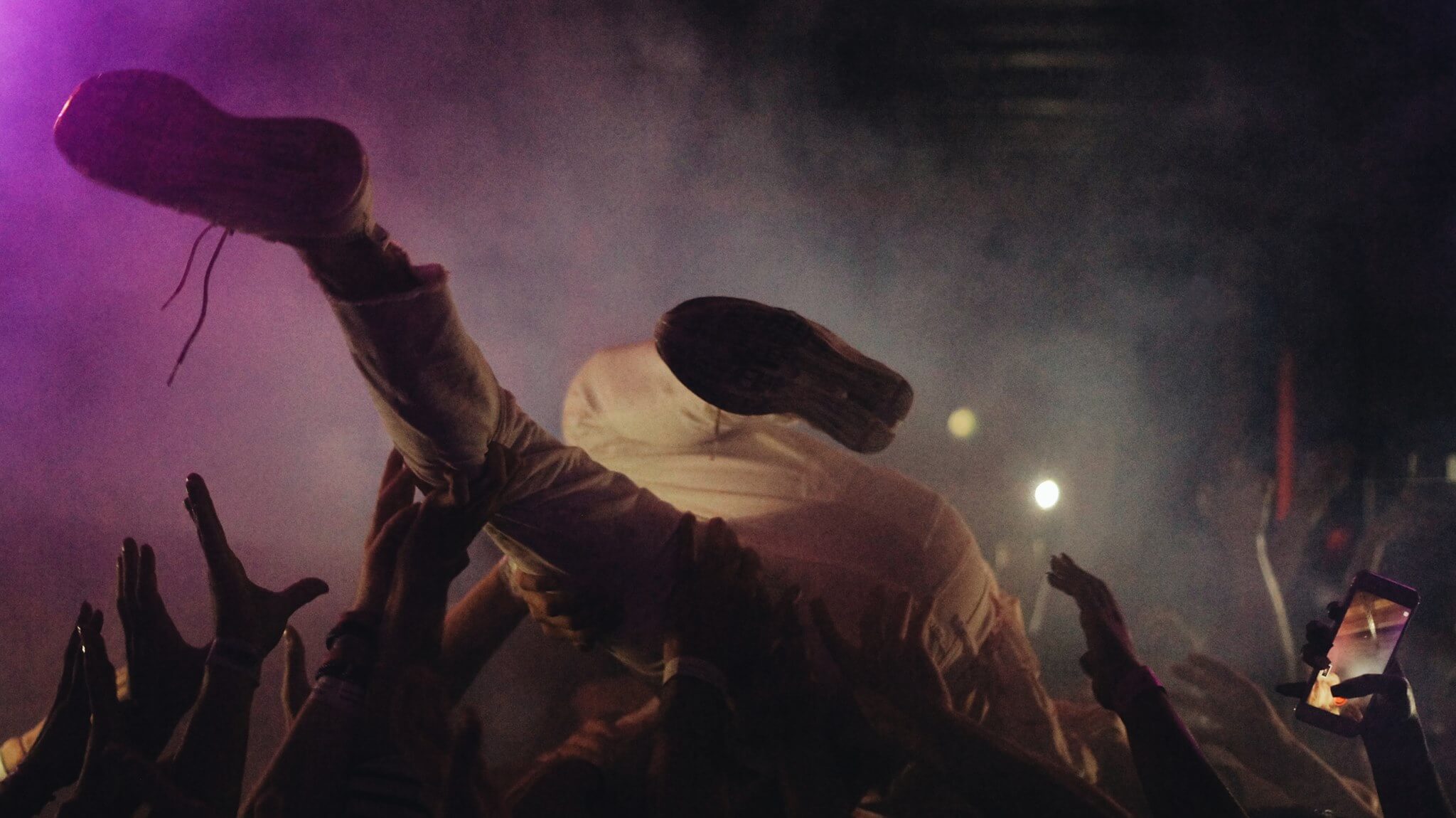 “We’re exploring that vast space in between,” explains Filip Fabianski, who goes by the moniker Jutro. “We come from many different sounds and styles in the past. If you trace my roots back, I was a singer and guitarist in a heavy metal band, but as a producer I’ve been heavily inspired by witch house. Other artists we work with have more of a trap style or a wave style, but it’s the abyss that links us. Not some idea of a boxed genre. Genres have limits, but movements don’t.”

For Fabianski and Kosinski, the Czeluść movement took seed when they became neighbors almost ten years ago. Both students of traditional styles of music theory and instruments, Fabianski introduced his new friend to his first DAW, and from there, the pair began to explore production together. It wasn’t until Fabianski returned from a year of working in Manchester, UK, that they began to truly incubate ideas and develop what Czeluść could be.

“Britain was not my path, although I thought it would be,” considers Fabianski. “I had to come back and do something here in my own country. Krakow is very touristy, and I feel we carry this burden of being an old town. There’s so much history here, but there’s not so much going on for young people. We knew we needed to work on the Polish scene, and to do that we needed to change Krakow first. Through this we became incredibly proud of what we could do and how we could do it. We have become accidental patriots in this way.”

This marked the pivotal moment when a small pool showed signs of the incredible growth it was to undergo. The Czeluść parties grew from 60-person-capacity events to larger, several-hundred-person capacity venues such as Prozak and Neibo. And as the spaces became larger, so did the collective’s network of local artists—and their realization that there was an overwhelming lack of national pride among Krakow-based musicians. 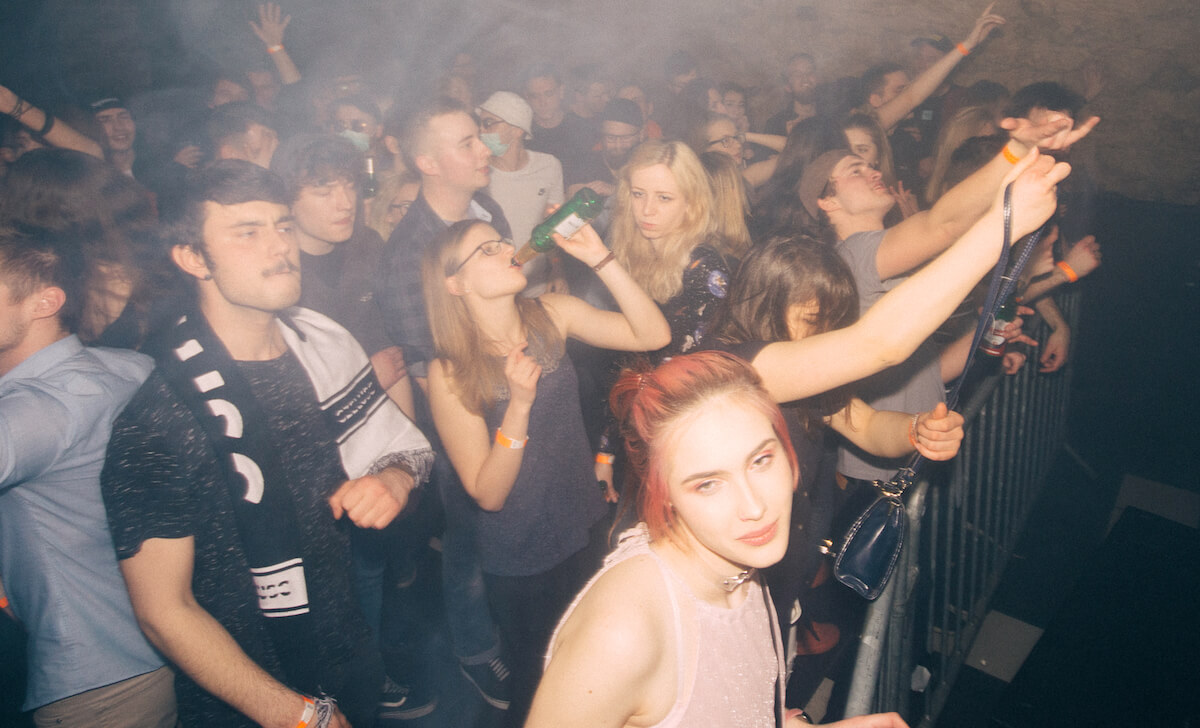 “I think it’s important for Polish people to stop complaining about who they are and how unhappy they are compared to other countries,” Fabianski says. “When we started out, we knew we had to change something. At first, we were just another party. There was no trap or wave scene. So we created our own scene by releasing a series of compilations.”

“The fact is without that first various artist album, the Polish scene wouldn’t develop like this,” adds longstanding Czeluść affiliate and respected artist Da Vosk Docta. “Of course, we must also remember the strength of the individuals, but Czeluść was the first serious collective here with bass, trap and wave music. We introduced a brand-new sound into Polish clubs.”

The inaugural Czeluść Vol 1 album landed in November 2015. Sixteen tracks of stark beat futurism brought together with strong traces of wave and trap, it exclusively featured Polish talent. Alongside Jutro, Kosa and Da Vosk Docta were the rising likes of Sokos, Lane K, Cries In Spanish and Forxst, among others.

“Forxst in particular is madly talented,” considers Fabianski. “But I didn’t even know he was Polish to begin with. I just really liked his sound. When I got in touch, it turned out we live a few blocks away from each other in Krakow! This is the problem; when we first started, we found a lot of producers didn’t want to say they’re Polish. We made those producers come out of the closet and say, ‘Okay I’m Polish.’”

“Artist names, track titles and the names of EPs were only in English before,” agrees Jan. “We’ve always been like, ‘Come on guys, have pride in your language. This is sick music!’ We have to work as Polish people. It’s important.”

This attitude, collective spirit and sense of immediacy seems to resonate through all aspects of Czeluść’s operations. Both Kosinski and Fabianski explain how they’re a full collective who meet up and collaborate in real spaces and in real time as often as three or four times a week. And while the experimental side of trap and wave remain largely SoundCloud-based around the world, Czeluść has given the scene a physical sense of space and collectiveness that is unique to Poland.

Respected UK wave artist Kareful can attest. One of Czeluść’s first international bookings, he’s returned to perform several times over the last two years and even headlined the collective’s first festival in summer 2017. The two-day event at Krakow’s Zet Pe Te is recognized as Poland’s first bass festival, and Kareful describes the party as one of the wildest he’s ever seen. Poland’s scene, he says, is more active and more developed than anything he’s experienced elsewhere around the world, and it draws some of the largest crowds he’s ever been booked to play. 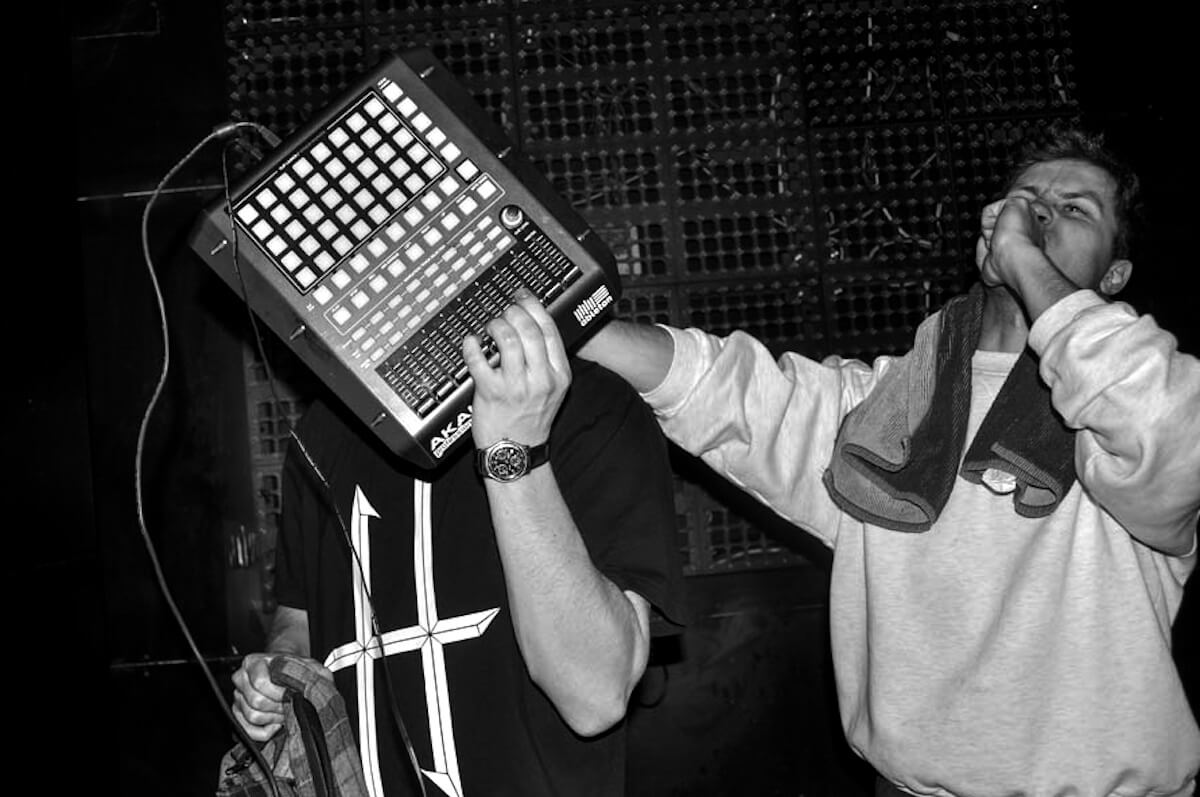 “Young people want something real now, they want something new, they want this movement,” explains Fabianski. “They see we are fighting the establishment, the outdated media, the radio stations that stopped progressing in 1920s, the people who want things to stay the same. But they can’t stay the same forever. Young people are desperate to hear new sounds and create something new, so there’s a real drive and lots of opportunities. There’s no structure here, so you do all things by yourself. We started off with a party, then we started a label, we became a collective, we put on a big music festival with big Polish rappers, but some of them didn’t have good agents so now we have set up a booking agency. This is how things develop.”

What began as two fledgling artists hosting small parties is now a whole network of operations, including a booking agency that looks after one of Poland’s most popular rappers, Young Igi. An artist whose recent single, “Buzi”, has amassed over 15 million views on YouTube in four months, Igi’s addition to the Czeluść collective marks the start of an even more significant alliance between two of the country’s strongest underground musical movements with more Polish rappers set to join later this year.

“Even on a bigger scale to the music we have been pushing and promoting for the last few years, the mainstream does not accept it. So we come together and work together and help each other,” Kosinski reflects. “Producers should be working together like this anyway. This is how we grow.”