Belgrade’s history is intense and full of discontinuities, so it’s crucial to approach its dance music scene in context. Every 30 to 50 years there’s a new war, new ideology, new political system or cultural influence. The city has been destroyed dozens of times over the years and somehow still survives. It may seem like a classic ex-communist Eastern European city, although its Austrian and Turkish influences are apparent. Belgrade is the only true metropolis in the Balkans, so it’s confusing and chaotic at times, but there’s a lot of charm and appeal in this mess.

Just like in Detroit, Manchester or Berlin, electronic music and party life has been closely allied with social fluctuation. When the scene as we know it started forming in the beginning of the ’90s, parties were not held merely for the sake of hedonism or enjoyment—they served a social function. These were times of war and isolation, and swapping our days for nights was a form of rebellion against grim reality. We had a couple of clubs and many crazy, legendary warehouse parties. Over the course of a decade, ravers and clubgoers formed quite a strong group. Several DJs had the power to influence young people’s political decisions and techno parties were part of the greater movement against the political regime at the time.

At the dawn of the 2000s, most promoters and DJs were rewarded for their work, and club culture became part of the mainstream and developed a strong media presence. It was insane what you could see and hear on the airwaves at that time—for us, Autechre was more pop than Britney Spears. It was also a time when international acts could finally come play in Belgrade, and we were thrilled to experience all the music we’d been illegally downloading for years in a live context. Pirate sites and forums shaped music tastes in Serbia and still do. The music industry has been vandalized over the last 20-something years here, and luckily, with the power of the internet, youngsters could form sophisticated music tastes. However, this enthusiasm and hunger for international talent has also led to disrespect towards local acts, and to this day, promoters are more likely to invest in guest acts (no matter the quality) and leave peanuts for local performers, some of whom are absolute geniuses.

The scene has grown nicely in the past seven or eight years. Clubs, promoters, producers and DJs reflect the diversity of this crazy city and music-wise, you can find anything you like. Partying is still interpreted as an obligation rather than a choice, which makes the vibe really intense. Posh house clubs dominate nightlife, but if you like grime, disco, techno, footwork, dark wave or experimental electronic music, we have it all! Bearing in mind that this is a city that almost never had a proper record shop, where kids can’t even afford a decent computer and the average salary is 300 euro a month, I’m very proud of what we’ve built. I’m still more excited about local acts than guests, and I’m happy to see a new generation of tourists coming to the city to experience our clubs and parties—no matter who’s playing.

I’ve been around for quite some time now, starting as an enthusiastic teenage raver who took parties as seriously as homework and continuing with a long career in creating electronic music TV shows and, finally, as a performer and DJ. The latter is a path that I’m pursuing more intensely than ever, and I am very happy where the Belgrade scene is right now. It’s rich, and luckily talent and hard work are starting slowly to pay off and bloom on the international scale. Here’s a handful of places and people I recommend—by no means a full list, but a sampling to get inspired.

Going into its seventh year of existence, 20/44 is already a legendary venue. We often refer to it as “the boat,” although Belgrade has numerous boat-clubs on its two giant riverfronts. The boat started as a place for funk, soul and disco parties and aimed to create clean karma versus the druggy hard-techno crowd that was dominant in the past. The owners had a very sincere approach and were completely independent.Their policy was: no sponsors, no investors, no profit. Even the entrance was free for years. They transformed the boat from an ex-strip club with their bare hands. Red velvet curtains and David Lynch-inspired aesthetics still dominate, and many international DJs started to ask to play there even though the club could never pay the usual competitive fees.

Nowadays, the operation has grown larger and hosts a full array of parties and styles, from slo-mo disco to footwork and techno. The boat capacity is only 150, but has hosted guests like Daniel Bell, Jeremy Underground, Ron Morelli, Traxman, Lena Willikens, Young Marco and many many more, plus numerous nights with local heroes that prove equally successful.

In contrast to the cozy boat, Drugstore is our dark techno temple. It opened in 2012 and marked a whole new era in Belgrade clubs. Since its inception, it was clear that this is a place where techno and all forms of dark and noisey music find a convenient home. The architecture of the place—an ex-slaughterhouse—is an impressive post-industrial heaven, and as someone once said, “if it wasn’t so exciting, this place would be terrifying.” Although it’s most popular for its serious and sophisticated techno bookings (including Surgeon, Rødhåd, Dasha Rush, DVS1, Stanislav Tolkachev and Blawan), Drugstore also hosts more intimate parties and concerts supporting all sorts of experimental, indie and occasionally modern-classical concerts. My personal highlights are Ariel Pink and Lubomyr Melnyk.

“KC” stands for “cultural center,” and that’s exactly what this place is. The multifunctional space hosts concerts, art fairs, exhibitions, performances, film projections and, course, parties. It’s a beautiful venue right on the river Sava in the trendy, lively Savamala neighborhood, which is full of abandoned warehouses converted into clubs, bars, galleries and restaurants. KC Grad helped start this trend and transform the whole area. Its music program is rich and diverse and ranges from jazz to rock concerts and parties. They’ve hosted a number of impressive acts, including Devendra Banhart, Chinawoman, Matias Aguayo, Acid Arab and many more.

Bivši (which translates as “ex,” as in ex-boyfriend or girlfriend) is run by the Drugstore crew. It’s a tiny, private flat transformed into a smoky bar filled with retro furniture and a huge poster of Hieronymus Bosch’s Inferno, which fits perfectly into the concept of the place. Its owners have managed to squeeze a pair of decks in there and offer a DJ program every night of the week. It’s a place where you can hear local heroes jamming and can easily host a spontaneous mid-week party.

Jan is a prolific young producer who started working on music at a tender age. Now in his 20s, he already has two albums and a number of self-released EPs under his belt, as well as notable releases for labels like Blind Tapes. His works ranges from tape-loop experiments to dub and features his unique touches of atmospheric noise, emo violin and vocal samples. He has just upgraded his (already impressive) live act with modular synths, and it’s a total bomb, whether in a club or in a dark smoky room for an intimate crowd. 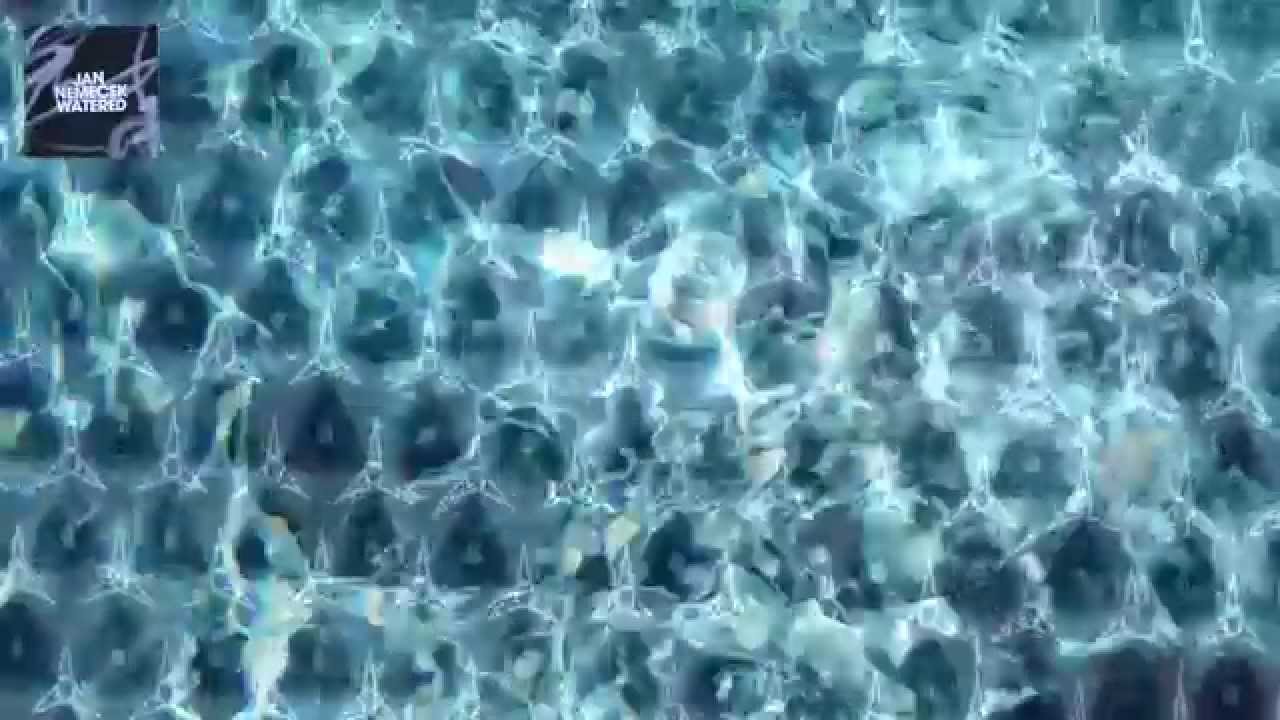 Nenad Marković is a true genius and an unrefined jewel of the Belgrade scene. He’s exciting as a DJ, whose marathon sets span hip-hop, techno and all the weirdness in between, and as a producer who covers every hard-to-define genre you can imagine. Hailing from the cosmic disco and slo-mo house crew that ran parties at the very beginning of Boat 20/44, he’s transformed himself into a producer’s producer and DJ’s DJ over time. His dark grooves and innovative sound structure have been signed to Lovefingers’ ESP Institute and Prins Thomas’ Internasjonal, and his name is on everyone’s lips across Europe. I have the feeling the best is yet to come from this guy!

This is a brand-new project from Sima (previously known as Piece of Shhh and part of Brickwall Brigade and Belgrade Yard Soundsystem) and Schwabe, one of the founders of the legendary Disco Not Disco parties. The duo’s first release just came out on the much-respected Crimes Of The Future label and features two eerie, psychedelic techno tracks with additional remixes by Willie Burns and Drvg Cvltvre. There is still a lot of unreleased music from these guys in the pipeline, so keep your ears open.

These founders of the famous Mystic Stylez parties also represent the Belgrade branch of Chicago’s Teklife crew. Their parties are absolute mayhem and musically their influences are mostly UK bass/grime/funky as well as Chicago footwork. Their collaborative track was featured on Hyperdub’s Next Life compilation as well as on Opal Tapes. Jackie Dagger and Feloneezy represent the last generation of Belgrade DJs and producers with a fresh approach to music who don’t care much about history or other styles and are just trying to throw a great party. 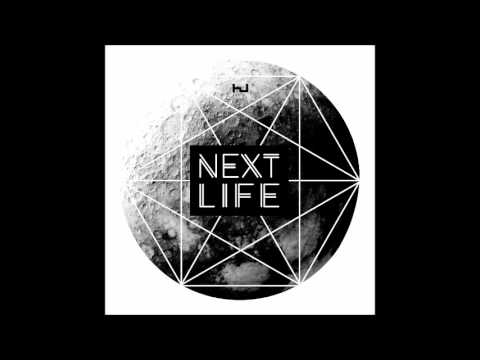 Filip’s career has been a slow burner. Although he’s been around for a long time, it seems like his full affirmation happened with the opening of Drugstore. Filip found his home there—the space fit his sound and shed a new light on Belgrade’s techno scene. The programming was a bit more intelligent and sophisticated, so the association with techno was not only druggy schranz. Filip is one of the most enthusiastic techno promoters in Belgrade, a longtime producer and a confirmed sound expert. These days, he regularly plays at Tresor in Berlin and already has a few notable releases under his belt, my favorite being the latest Sonntag Morning EP with Dasha Rush.

Kristijan is relatively fresh on the scene, and I admire all the enthusiasm and hard work he’s been putting into his career. He is a DJ only, and I have deep respect for anyone who’s decided to resist the market imperative of being a producer. He’s been riding radio waves for some years now with his Christallization radio show, supporting and promoting both young and established producers mostly within the realm of deep house. His parties attract an army of followers and he regularly treats them to marathon sets.