Why isn’t there more world building in electronic music? This is a question you might ask yourself after experiencing the audiovisual storytelling of Murlo‘s latest LP, Dolos. A graphic novel and album, it explores a vivid cyberpunk-inspired world called the “Coil Universe”. TEB contributor Whitney Wei interviewed Murlo to find out more about the creativity behind this unique project.

When Murlo escapes from his reality, he’s busy creating Coil Universe. Up until now, the 31-year-old Manchester-based producer and illustrator has only revealed fleeting snapshots of this audio-visual world. It’s a dystopian metropolis permanently set at dusk, replete with serpentine symbolism, and inhabited by a lone protagonist (often Murlo, himself) captured amid his everyday existence. Its style infuses Akira’s hardened cyberpunk aesthetic with Studio Ghibli whimsicality. Bubbly synths and elastic bass lines soundtrack the radio stations, music studio and club nights within.

But, like any urban inhabitant, even Murlo’s characters are not safe from the draining undertow of city life. It’s at this spontaneous pack-your-bags-and-run-for-the-hills moment where his newest album and graphic novel Dolos unfolds, and audiences are invited along for the full immersion. 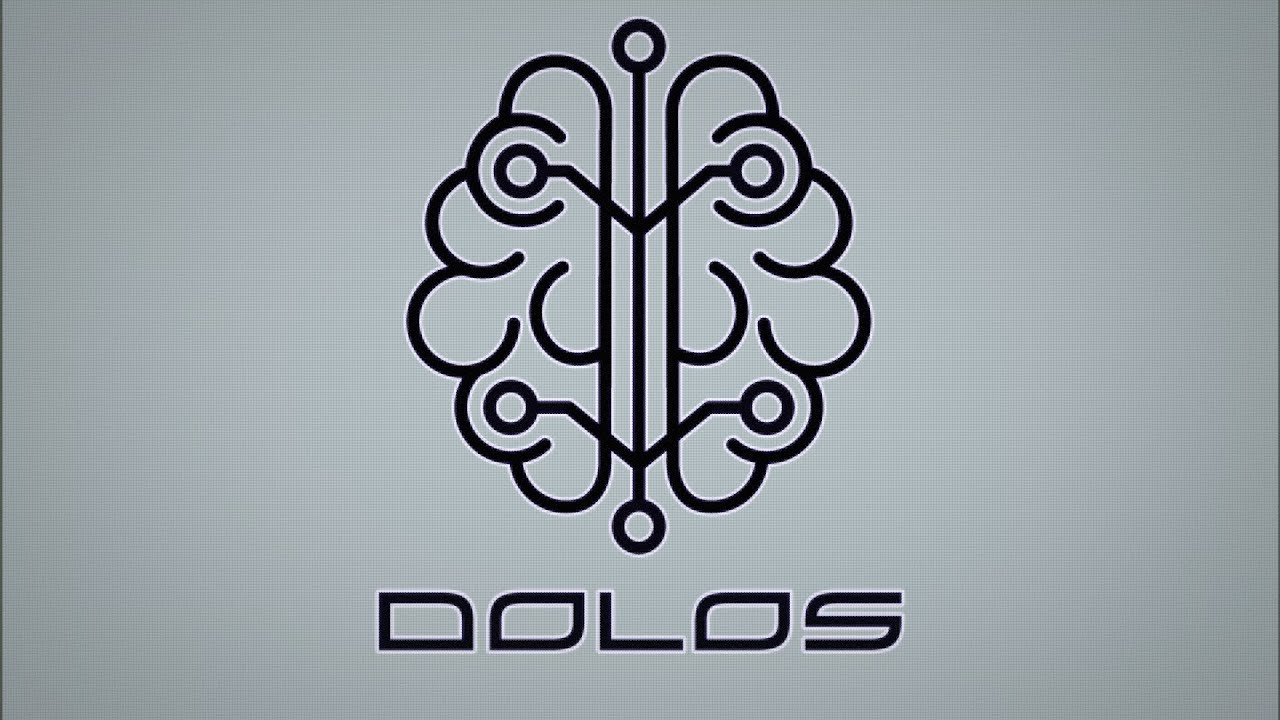 In Murlo’s fictional universe, Dolos is an app instructing the protagonist to drive four hours into the countryside to jump ship from his own life. It seems that journeying to the hinterlands is something Murlo and his characters have in common. There is perhaps no other producer who delights more in charting his own creative territory through combining multi-media.

Hand-drawn album covers or music videos have accompanied nearly his entire catalog of EPs (released on Mixpak, Butterz and Rinse), remixes and singles. His sold-out AV show debuted in 2017 at Electrowerkz in London, and then went on to show at the ICA before touring throughout the UK. In 2018, the same year he launched his Coil Records imprint, Murlo partnered with Red Bull to show an exhibition of his collective works.

For someone as prolific as Murlo, his projects appear to materialize almost overnight, through a seemingly alchemical process. Dolos is no different. In reality, it took a 49-point exhaustive checklist and six months in total to put together, but his conceptual skills have been three decades in the making.

[Read more: Four Science Fiction Novels That Will Blow Your Mind According To Matrixxman]

Hailing from the East Midlands of England, Murlo aspired to be an illustrator from childhood and was always “cooped up” drawing in his room. His teenaged self shifted from copying pictures of birds and the hyper-detailed dragons of Peruvian fantasy painter Boris Vallejo to making his own artistic statements—with varying degrees of success.

“I remember I did this oil painting of a conveyer belt and there were all these guitarists, but they were all faceless and it was a comment on manufactured bands,” he laughs through the phone to me. Good humored and unpretentious, Murlo deprecates himself multiple times for “waffling on” during our conversation, seemingly unaware of the fact that this is precisely what an interview should entail.

He admits to me that pursuing an art degree initially brought him some confusion. During his first year, his peers were imitating the naive, cartoonish style of British conceptual artist David Shrigley; meanwhile Murlo was, as he jokingly puts it, “just this guy from the Midlands, pencil drawing peregrine falcons.”

At university, he mastered Photoshop (the same program he used for his AV show and Dolos), and fell into DJing garage, Baltimore club and dubstep at fundraisers for his year-end student exhibition. He also began using Ableton to enliven bassline instrumentals with acapella vocals and create basic tracks or DJ “tools” to transition BPM ranges.

Immediately after graduating in 2009 and then moving to London, he became disillusioned from his life-long goal of becoming a commissioned illustrator. “I found out very fast that I’m very stubborn,” he says, in reference to client projects he very begrudgingly made edits to. “I felt a lot of pressure of needing to make [the career] work and it made me hate it.”

Murlo pivoted to music production, began DJing frequently alongside eclectic dancehall-centric duo Hipsters Don’t Dance and fell back in love with drawing. By the time he animated his 2015 “Into the Mist” video, Murlo was ready to unite his two crafts into one conceptual experience, taking it one step further once he moved to Manchester in 2017 and finally having the resources to fully conceive of his multimedia Coil Universe through short animated skits, cover art, an AV show and, of course, his Dolos project.

At its heart, Dolos is a psychological narrative of escapism. Within the 36-page graphic novel, the anonymous character finds reprieve from reality by traversing bucolic riverbeds and misty forests painted in a monochrome palette, where high-contrast shadows accentuate the disquieting atmosphere. It makes sense that Murlo’s sound is similarly able to luxuriate in longer-form storytelling, a format which suits him. 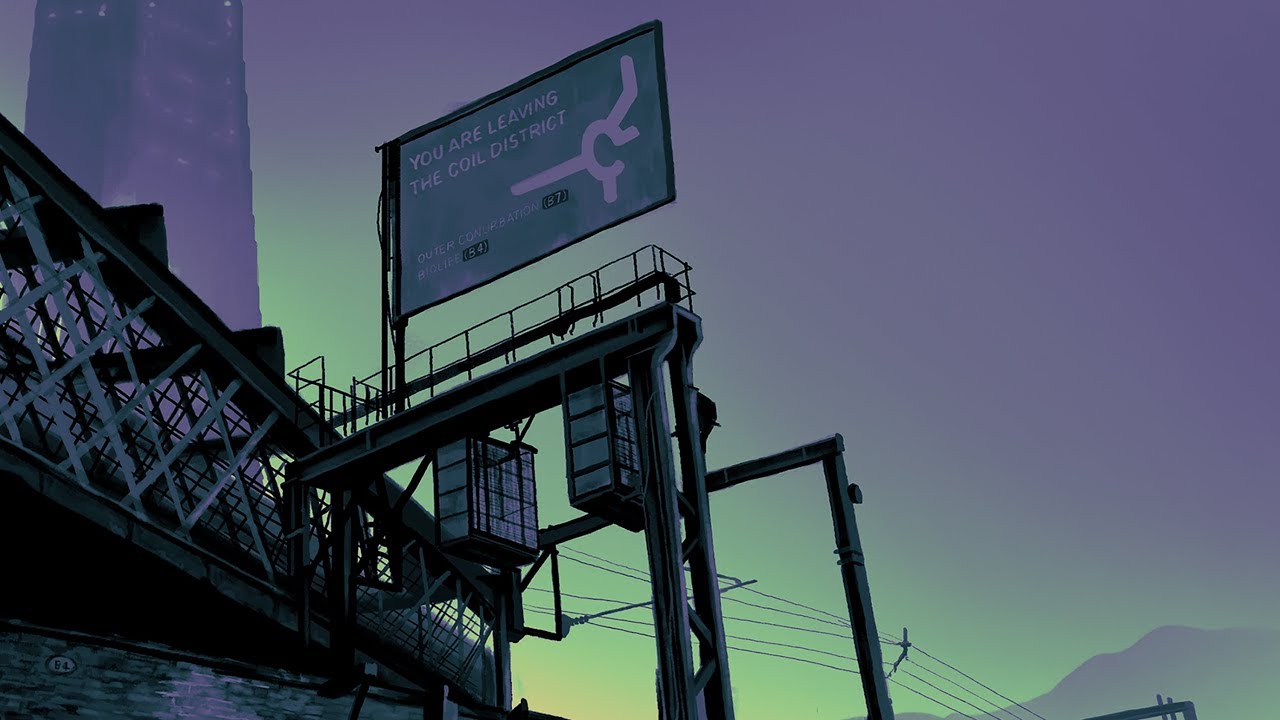 The novel’s allegory on avoidant coping is especially resonant within the nightlife community Murlo is a part of, and, while he confesses he’s “not a huge drinker” and that his own so-called “vices” like video games, films and drawing are rather wholesome in comparison to those of his compatriots, its emotional parallels are the same. “There’s this tendency to use the energy you’ve used to escape to ruminate on a sense of guilt,” Murlo says, “There are times when reality creeps in, almost like a kind of haunting.”

It’s obvious Murlo imbues his creative work with his own outside interests. Dolos modestly conceals obsessive levels of detail and research. For the project, Murlo pored over the etchings of French Baroque printmaker Jacques Callot and books on Pre-Roman British folklore, legends and pagan religions to source inspiration for each mythical character.

The graphic novel’s antagonistic faun figure, for example, is based on Herne the Hunter, a ghost who haunts the Windsor Forest and terrorizes cattle. Last December, Murlo even took an hour-long trip to Peak Cavern (flippantly termed “the Devil’s Arse” by village locals in Castleton, England because of the farting sound the cave emits as its flood waters drain) to scout location references. Samples of these organic noises are carefully woven into Dolos, on tracks such as “Limbo”.

“There’s this one drip that’s been constant for hundreds of years,” Murlo excitedly explains to me, of another field recording he took. “They call it the Devil’s frying pan because it sounds like the fat flinging from a skillet.”

The graphic novel’s pastoral escapism also mirrors his recent and heavily documented love affair with plants. “For the past year and a half, I’ve been getting into them a lot—a lot,” Murlo emphasizes. “I’ve got a couple of needy ones that demand a lot of attention, he says, telling me he finds joy in having something to look after and that, after thriving for an entire year, his bonsai tree is currently going through a shedding period. “I’m a little bit sad about it,” he adds.

His Twitter is saturated with photos of hand-built terrariums, terracotta pots and boastful tweets of new additions to the over 25-member flora family in his living room. “Aye have you ever seen such a perfect leaf,” he Tweeted of a particularly coin-shaped outgrowth from his Pilea peperomioides. In the caption of another image on January 3rd, he holds a cellophane tape roll in the background as a size reference to a newly budded jewel orchid. The composition of these two images looks near identical to the very last frame in Dolos: the main character, now back to reality, tends to the frail sapling perched on his window.

Dolos reveals intimate dimensions to Murlo’s full artistry that the music world has only briefly glimpsed. Even so, the project still contains an element of mystery. It may be a cohesive audio-visual portrait of an artist who creates himself into his own verdant fantasy, but there is still little backstory to its protagonist. While anyone may join in on the effortless and open-ended escape, Murlo never quite reveals from whom or from what—or even from which elements of himself—he may be escaping.