Ali Khalaj (a.k.a. Namito) grew up in Iran at the height of the revolution and the region’s subsequent years of warfare and unrest. After escaping to Berlin, he fell into the ranks of the Osho cult, where he lived in a commune and learned to DJ at its on-site disco. He continued to pursue his interest in music after the fall of the Berlin Wall, eventually landing himself a residency at Tresor, releasing a number of full-length albums and LPs and collaborating with some of the world’s best electronic music producers. In his new album, Letting Go, he tells his unlikely story through a number of dance floor vignettes. He sat down with TEB editor Chloé Lula to recount the incredible journey in full. 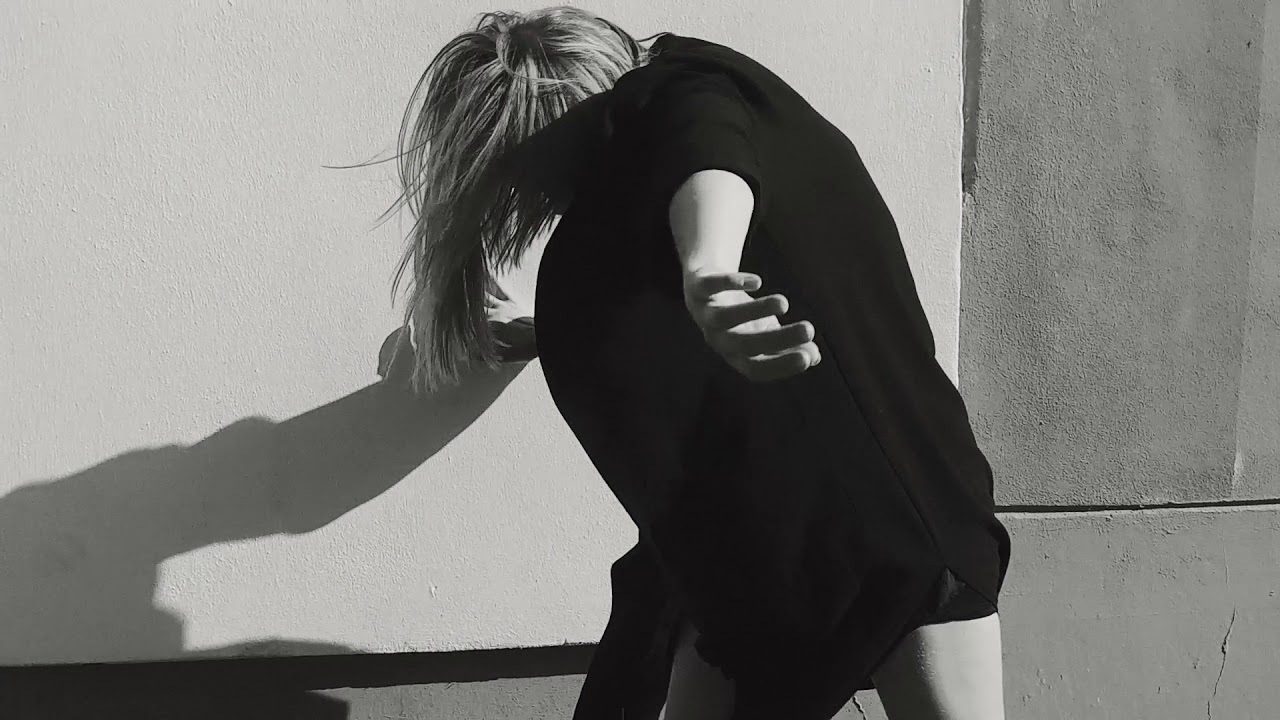 It was a fortuitous series of events that led Ali Khalaj—who DJs and produces under the name Namito—from the war-ravaged streets of revolutionary Iran to a residency at Berlin’s Tresor nightclub. “The sound of bullets and people chanting was always in the background,” he told me in his subterranean Kreuzberg studio. “Then one day my uncle was shot. He was driving home, and in the middle of the street he was caught in crossfire and died in the car…fear became something that was part of daily life.”

Namito, who has since found stability and inner peace through music, painting and literature, recalled the violence that characterized his young adult life with a kind of distant good humor. The absurdity of the dichotomy between his origins and his present-day fortune didn’t seem to be lost on the war refugee-turned-DJ, who is now in his late 40s and lives a comfortable life in Berlin with his 12-year-old daughter. In his newest full-length LP, Letting Go, he depicts his story through a series of musical vignettes. The album is one of three that he has been conceptualizing for years in an attempt to create a visual and auditory record of the events that defined his early life and subsequent professional success in Berlin.

In order to understand the context that surrounds each of the album’s 14 tracks—which have allusory titles like “Soul Mate”, “Lone Wolf” and “Blank Check”—it’s imperative to dive back into Namito’s biography. The hour-long LP, which explores techno and trance aesthetics, begins with a track entitled “Culture Shock”, a reference to his touchdown in West Berlin after fleeing Iran, and ends with “Glimmer of Hope”, the moment in 1993 when he felt that he had definitively moved on from a tension-fraught childhood and adolescence and initiated his first serious steps towards becoming a professional producer and DJ.

The lead-up to his self-proclaimed “culture shock” moment was the turbulence of pre- and post-revolutionary Tehran—the Iranian capital and Namito’s hometown—and the civil resistance that took root there to overthrow then-monarch Mohammad Reza Shah Pahlavi. The movement was bloody and preceded, already, by years of unrest as Muslims and extremists fought to overthrow the Shah. Namito’s middle class family was particularly affected by it; his father worked directly for the Iranian queen, and his grandfather worked for the oil ministry. As the family eventually consolidated into one house amid the outside turmoil, they simultaneously prepared for disaster.

After the consolidation of the Iranian Revolution in 1980, various ideological and class factions of the revolution vied for influence, instigating widespread warfare in the Islamic Republic. “We had this really Hollywood-like image in our heads of what it would be like when our city was bombed,” he said. “So we started to dig trenches like in war movies. But in reality, they just came and dropped bombs and left. They used to come a few times a week. And after a while, we didn’t even bother to go down to the cellar anymore.” Walking to school in the mornings, Namito sometimes saw revolutionaries open fire on the house beside him, shooting through the top-floor windows all the way down to the bottom. He said that it was something that he grew accustomed to, though, and that his childhood in Iran was generally a happy one filled with family, friends and long afternoons spent playing soccer in the neighborhood streets.

When Namito’s mother made the unilateral decision to send him away from the bloodshed—and the rapidly approaching military draft—to live with an uncle in West Berlin, he was devastated. Although, in retrospect, he said he’s happy that he moved, it was a difficult transition for him, one that is captured in the opening tracks of Letting Go. “We got into deep trouble, me and my uncle,” he recounted. Without revealing too much detail, he divulged that the two became embroiled in personal differences that stemmed from his uncle’s intensifying stranglehold on Namito’s freedom. It was then that he joined the ranks of the Osho cult. 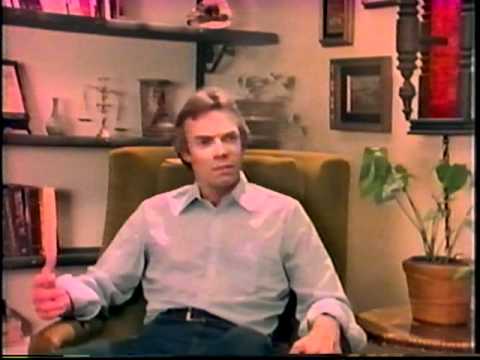 Like Rajneeshpuram, famous Oregon intentional community depicted in the Netflix show Wild Wild Country, the Berlin Osho center was steeped in the cult teachings of Bhagwan Shree Rajneesh (or “Osho”), the controversial mystic and “sex guru.” Namito came under its wing after many attempts to leave the home he shared with his uncle. At school he met people who were “different from everyone else…they had a rock n’ roll feeling around them.” The group lived in the commune and were disciples of Osho’s; after spending time with them at school and eventually seeing where they lived, Namito moved to the commune’s Berlin headquarters. It had its own disco club, where he started to play his first DJ gigs. He worked five days every week in the commune-based venue, where he gradually gained momentum as a performer and then as a promoter.

“The first two years there were amazing,” he said. Unlike many people’s perceptions of the subtle manipulations and toxic teachings entrenched in cult life, the Ku’damm-based Osho commune, as Namito remembered it, was very comfortable. “We had an organic vegetarian kitchen where everything was prepared, we had a laundry service that took care of our washing and we got around 1000 deutsche marks for pocket money every month just to spend. We even had a meditation center next to the commune.” Namito tried to teach himself the spiritual practices linked to Rajneesh’s cult philosophy but became too obsessed with DJing to focus. When the wall came down in 1989, two years into his residency there, he left to explore the burgeoning techno scene now available in the east.

Cue “Blank Check”, a bouncy tech-house groove that shifts Letting Go from the first half’s darker hues into its second half’s more pensive and playful sounds. The track was inspired by a chance encounter at Kit Kat Club, where Namito had secured a DJ residency. “This older guy comes up to me and says, ‘I think you’re really talented. Would you like to make music?’ And I was like, ‘Of course I would! What a stupid question.’” The man who he later came to know as Andreas Großer had a music studio in the east with 100,000 marks worth of equipment, the rough equivalent of €51,129 today. A wealthy entrepreneur who wasn’t using the majority of his gear, Andreas lent it all to Namito, moving it to the apartment he shared with his then-girlfriend in the altruistic hope that he would succeed as a producer as quickly as he had as a DJ. Namito spent all of his free time reading manuals and learning the intricacies of his new machines until he finished his first record, only nine months after having received the generous gift. The two are still friends today.

The album stops with the moment in 1993 when Namito boarded a plane to South America for a three-month trip that, he claims, “made him a man.” But the story doesn’t end there. Letting Go is the first in a forthcoming three-part LP series that tells the story of Namito’s life. The second, a more downtempo experimental electronica collection, will be a rendition of his pre-Berlin life, and the last will focus solely on the the Colombian tour that he took at the close of this album. In discussing the events of the trip, Namito said that there was more than one occasion when he found himself standing naked in the street holding a machine gun. “It was drug-related, partly,” he laughed.

Where the last part of his personal history is punctuated by humor and unbridled hope, the second part, illustrated in Letting Go, is replete with the heaving pain of displacement and growth. From the first song until the end, the 14-track album sees the artist navigating through darker moments in almost-industrial-hued cuts like “Sudden Fall” to lighter memories depicted through pop music sensibilities in pieces like “Far Out”. Each track on the album is accompanied by an illustration, made by Namito, who is also a prolific painter and exhibiting artist in Berlin.

The autobiographical music album is not a new concept, but in electronic dance music, when most artists and labels are cranking out a seemingly constant onslaught of four-track EPs, it’s a novelty. The direct, literal and multidimensional way that Namito depicts his personal history is a refreshing mode of storytelling, and one that could easily be grafted into other mediums. He even said, in our interview, that’s he’s thinking of translating the content of the album into the script for a movie or even a book.

Musically, Letting Go will likely appeal to those with a broad electronic palette that inclines towards the trance-leaning. But thematically, it will speak to anyone who’s had to experience the ache of moving from one community or country to another and simultaneously find their own voice and means of self-expression. Many Berlin expats can sympathize with the discomfort of the unknown and the tumult that accompanies a major life change. “Anytime things become rough or difficult,” Namito said at the end of our conversation, “I remember, that phase passed. And you survived that one, so you’ll survive this one also.”

In the sometimes fraught and existential moments that can permeate the life of an artist, it is helpful to hear from people like Namito, now an incredibly light-spirited person who has turned his struggle into art. When you cross into unfamiliar territory, it is a time of mourning, loss and fear. Letting Go reminds us that there is room for optimism in the throes of chaos and despair.

Letting Go is out now on Namito’s own label, Ubersee. You can order it here and see the accompanying illustrations on his Instagram here. You can also check out the Letting Go remixes, which came out on March 1, on Beatport.