Unless you live in Berlin, there’s a chance that you haven’t yet heard of Pablo Mateo, but that’s soon to change. The Berlin-based selector and producer, who is a resident of the city’s canonical Ground Theory techno parties, has just released Weird Reflections Beyond The Sky, his debut album on Len Faki’s Figure imprint.

It’s an exemplary work that, after his previous releases on Marcel Dettmann Records, LACKREC, Dred Records and Die Orakel, features a particularly atmospheric, experimental-edged approach to techno. Now that the release is out, TEB senior editor Sven von Thülen met with him to find out more about his production processes and the trials that he’s gone through on his long route to international recognition.

You have it petty cozy here. Are you the kind of producer that’s more productive when you can fall out of the bed and land in the studio?
I love the idea of having my own artist workshop, not just a studio space. Setting my studio up at home was a real game changer for me. Before that I was always in a studio complex. For a while, I really cherished being able to bang it out as loudly as I wanted, no matter what time of the day it was. But eventually, I realized that I needed a different setting to really be able to create music in the way I wanted to. I need an intimate environment. I can nerd out and concern myself with tiny sound details and then step back and go to another room, take a break, read a book and widen my focus again. That is really important to me.

How did that move affect your way of producing and your sound?
I learned a ton about sound once I was forced to produce on a lower volume level. Also due to the speakers I bought when I moved in, which are very clear and allow for a very spatial listening experience. Creating a synthetic room is one of my biggest goals and passions. Physical modelling is absolutely fascinating. I think you can hear that in my music, especially on my debut album. My analytical listening skills and my sound design and post production chops have developed a lot over the last two years. I really immersed myself in the whole process and in all aspects of sound. As a result, I started to do a lot of engineering and mixdown work for others, too.

For some reason, I always thought of you as a producer who walks the fine line between dubby house and techno; tech-house if you will. Your debut album, Weird Reflections Beyond The Sky, now fully embraces techno.
I always thought of myself as a techno producer. If you listen to my album, you can hear that, for me, tempo is not the defining character of a track being a techno track or not. For me, the way you make your music defines it. If you invariably work with machines, you are making techno. I could break it down like this: If you can’t recreate your music and its vibe with a soul band, then you are making techno. Technology is at the center of it. I’m a synthesis geek. That’s what’s fascinating to me. 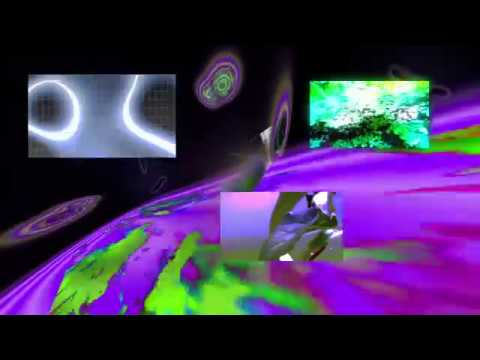 I suppose that my assumption that your output had an emphasis on house was a misconception.

I get where you’re coming from. I look at my old records as studies. They were all stepping stones to finally be able to formulate my sound; my own musical voice. Two of my biggest influences are Basic Channel and Omar S, and until recently you could really hear that.

Before your album, you’d only released on a split EP with Juxta Position on Figure. It’s kind of unusual to release an album before a solo EP, isn’t it?
I met Philipp Welzenberg, the label manager, in a funny moment. His car had just been towed by the police, and he was pretty pissed off. I was trying to make small talk, but he wasn’t having it at all. He didn’t mince words when he told me that he’s way too pissed off at the moment for chit chat. That really impressed me. The way he dealt with his frustration. It was real. The next time we met, we did talk, and I realized that he was working for Figure, and that he knew some of my releases. From there it was a very natural development. Eventually, I gave Philipp a demo with six tracks and, after listening, he and Len were like, “Let’s make an album!”

That must’ve felt nice to hear. Were you surprised?
It was great. They were the first people to ever tell me, “Do what you want. We love to have you, you represent our more experimental edge. Let’s do this!” They didn’t want to rename shit, they didn’t even want me to edit or rearrange anything. After everything that had happened before, this was so healing.

What do you mean?

A couple of years ago, I had the offer to produce an album for a big techno label. I was on cloud nine. I started to invest in equipment, and for a while, I really thought I am just an inch away from my big break. When it all fell through, even after being reassured for one-and-a-half years that it wouldn’t, I was really devastated. But the fallout of this whole mess, which wasn’t only a business thing but also meant the end of good friendships, had a silver lining.

Silver lining, as in you took it as a lesson you had to learn?
Definitely. It was a reality check. And I needed that. This whole thing taught me to trust myself more. I asked myself, “Why am I making music? What do I want get out of it?” Now I know what I want, and what kind of surrounding I want to be part of. Watching my dreams shatter made me even more dedicated to my music—to learning even more about the machines I use. One of the things that still gets me sometimes is that I had completely bought into this idea, this myth that someone will come and give me my big breakthrough. Sometimes I wonder what would’ve happened if I had just self-released all the tracks that were blocked for that album.

I think it’s totally understandable that you would start to dream a bit in the light of an offer that felt like a potential game changer.
Yeah, maybe. But I fell victim to my own vanity. It all sounded so amazing, to become part of this big thing, that I lost myself in a fantasy. I gave away everything I had—all my tracks. I went all-in without thinking twice. Looking back, this is the one thing that really annoys me.

So what was different when you started to work with Figure?
They gave me carte blanche. From day one, they’ve given me the feeling that they’re 110% supportive of my musical vision. I was welcomed into the team, and we met at eye level. That’s really important to me these days.

Let’s go back to your album. It sounds very homogenous, like it could’ve been recorded in a few sessions over a short period of time.
One of the reasons for that is that the album is nearly completely made with my modular system. The only other machines I used were a Roland JP-800 for a string and my trusted 808 clone. But I ran both of them through my modular system. When I made the demo that I gave to Philipp, I didn’t necessarily mean to produce an album. But I was very focused, and I had a very strong non-musical inspiration that was guiding me.

Which was?
I had read Jeff VanderMeer’s Southern Reach Trilogy. Actually, it all started with me watching the movie Annihilation, which is based on the first of the trilogy’s novels. After that I bought all three books and basically inhaled them. Transformation, disintegration and resurrection are the three major topics of the series, and I felt inspired to tackle them musically. 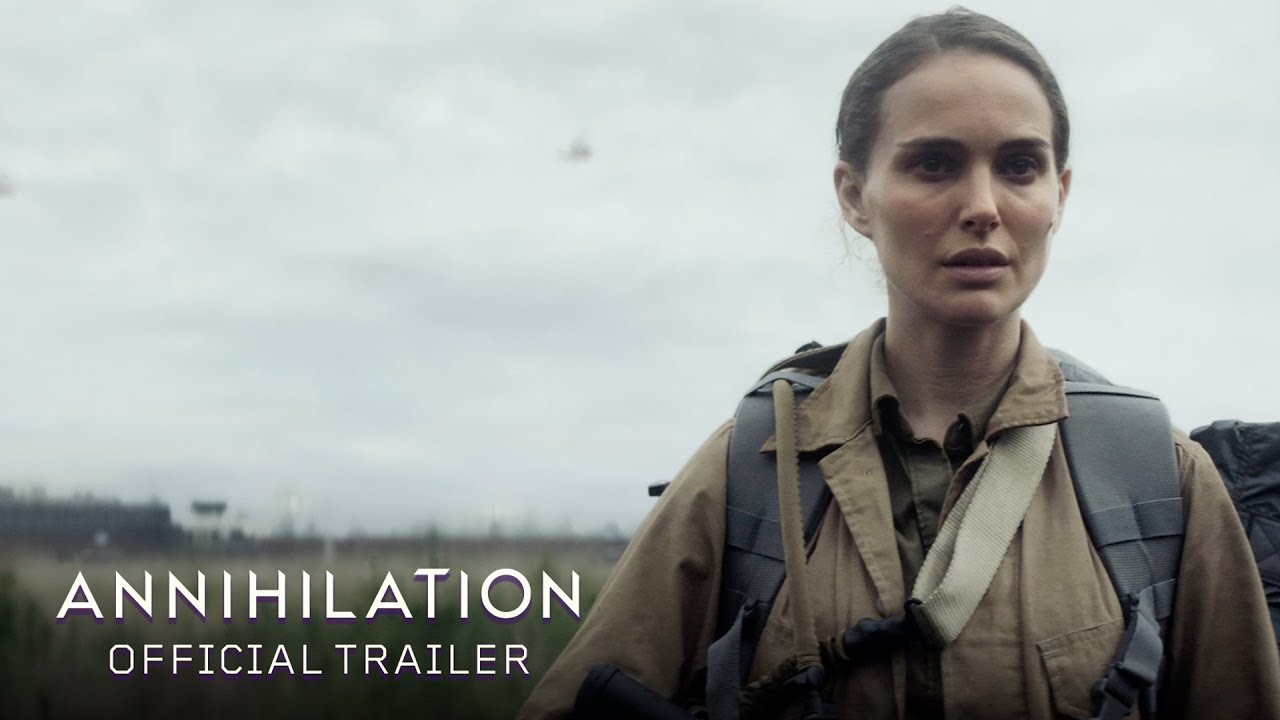 Also, the sound design in the movie was absolutely stunning. All of that was a major inspiration, and I had a very clear vision of how I wanted my music to sound. It was an intensive process. I think my album has a very distinct voice because of that.

As I mentioned earlier, it took me a long time of tweaking my sound—dialing in the modular and figuring out a specific effects chain—to eventually get there. After I had the first six tracks, which came pretty quick, I was sure that I was onto something and kept going in the same direction.

And because the tracks seemed to tell one story I was so happy when Figure said, “let’s not divide them into a couple of EPs, let’s do an album and really elaborate on that sonic story.” Everything that followed was merely me connecting the dots between the tracks and a few things like the collaboration with Emika. In total, I finished eleven tracks, but we only used eight for the album. The others are on Sonic Driver Pt.1, my split EP with Henning Baer.

Speaking of Henning Baer, you’ve also recently become a resident at Grounded Theory now that it’s moved to Tresor. Can you tell me about that?

Michael, the other founder of the party, came to me and asked if I wanted to play for them regularly. My podcast for Resident Advisor had just come out, and he and Henning liked what I was playing.

Yes! I was pretty happy about their interest and their trust. Grounded Theory is the perfect home for me.