A fresh year is upon us, but, unsurprisingly, the hustle in many domains remains the same. In a true ‘each one teach one’ spirit, our new year’s resolution series aims on carving out some guidelines on how to survive as an artist within the electronic music world, or how to enter and make it past the gatekeepers in the first place.

With music production becoming more affordable over the years and pipe dreams of a lofty DJ career becoming more prevalent than ever, the competition is tough out there. But what strategy could be more promising than making yourself heard with an unmistakable voice? Sure, it can be tempting to follow a zeitgeist and meet the demands for certain sound aesthetics, but it’s with music, as with any other artistic field, that the innovator will be remembered (and booked)–not so much the copycat. Don’t forget that music first and foremost should be a medium for expression, but hearing your inner voice and learning the trade to make it audible for others can be one hell of a struggle.

Who else can give better advice on how to calibrate yourself for that kind of mental and technical challenge than artists who have been through it and found their voice in the process? We asked three artists from vastly different spheres of electronic music about their experiences and the creative lessons that can be drawn from them.

Ziúr – Dive into your kitchen

Ziúr is without a doubt one the most exciting and original producers within Berlin’s landscape of experimental music. Her polyrhythmic and emotionally in-depth approach to constructing and, more often, deconstructing beats can best be examined here and on her recent critically acclaimed album ATØ on Planet Mu. She thinks the subject of finding your own voice through music depends on the genre you’re involving yourself with.

“I, for myself, find it particularly interesting to free myself from genres and restrictions. So I’m not running after certain aesthetics. I like to mix up elements, that’s a way to open up new ways of doing things, and in consequence a way to your own sound.”

As for practical arrangements, she recommends to not have too much other music around while working on your own. “It might help to avoid listening to music when in the studio. Another method is to experiment with various sounds and effects to a degree, the outcome gets an individual note. Recording your own sounds is a really easy way to create your own aesthetic. So just get a salad bowl, your recorder, and start a field trip through your shared flat’s kitchen.”

For Perel it’s been an endeavour of several years to tidy up that wavy, cosmic sound she became known and loved for–the sound that ultimately came together on her DFA album debut Hermetica in 2018.

For her, it is–above all–a mental process to find your artistic voice in music and as Depeche Mode already put it, a question of time. “Not every talented producer is, by default, an artist. But I think, you can become an artist, given you really want it and take the time to find out who you are and what music actually means to you. So developing your own sound means to relax in the first place, to have fun with music. If you do that right, the rest will come naturally. It is more a dispute with yourself than with the machines you’re working on. It can be spiritual even.” 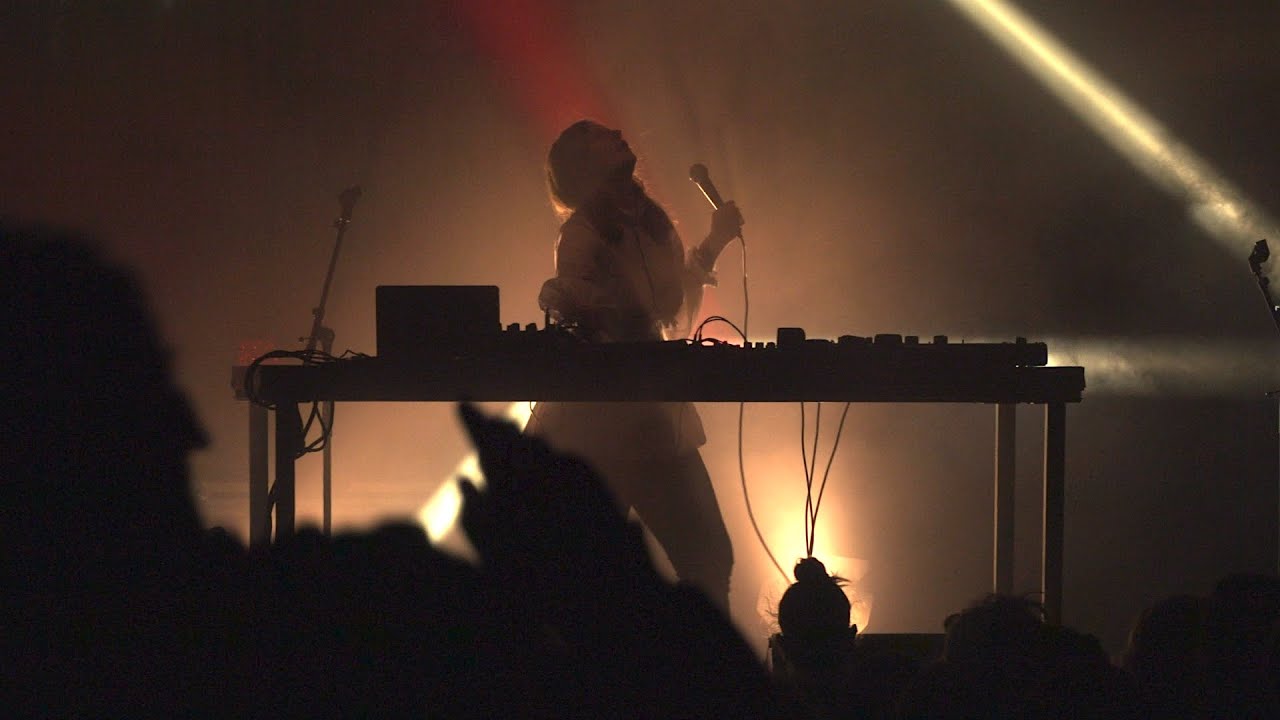 “About four years ago, I started to produce music just for myself and it made me really happy. That was the point when I realized, I found my signature sound. Quite funnily, with it, came the first big success.”

Johannes Albert – No fear in emulation

Chipping in a quite different perspective is Johannes Albert, renaissance man of all things house and related, owner of Frank Music, Fine, and HNS-X–different labels to mirror his versatile abilities as a DJ and producer. Just a couple of months ago, he put out his second album Lichtenberg, adding yet another sonic colour to his spectrum with the record’s synth-laden, 80’s-wave inspired feel.

For Johannes, creating a good copy is the first step to originality. “Replicating tracks can be a really useful strategy,” Johannes explains. “Just take your favourite tracks and try to recreate them. You will end up somewhere else anyway.”

As opposed to Ziúr’s recommended withdrawal from other music while creating, Johannes would rather suggest to expose yourself to as much music as possible. “Just indulge in it, especially in the club, let it sink in. At some point, ideas will pop up or certain sounds will stand out. Take that inspiration and that energy and use it in the studio. When unsure how to execute an idea, there are endless tutorials on Youtube on basically everything. Just remember: making a copy is not that bad, as long you’re having fun making music. Everything else will fall into place anyway.”

Like Perel, Johannes votes for an easygoing agenda. “Make music whenever you feel like it. It needs to be fun, that’s important. There are no hard and fast rules for this anyway. For me, the own signature also is not so much a certain sound aesthetic, but a vibe, regardless of a tempo, an instrument, or a genre.”

So get your vibe right, folks. Johannes has some practical advice as well: “When starting a session, decide which instruments you want to use. It saves time and helps you focus on the nitty-gritty. Two other rules: there are no mistakes. Mistakes just help your learning. And be persistent. Hang in there and never stop trying. You’re going to get better and you’re going to find your sound along the way.”

Ziúr and Juliana Huxtable’s new event series Off debuts at Trauma Bar and Kino on 29.02 with Abby, DJ Paypal, and Golin.

Read our other Resolutions 2020 how-tos on how to get more bookings, how to accelerate your DJ career and where to knock on doors for funding support.