Known to the greater musical world as DjRUM (pronounced “drum”), Felix Manuel has carefully cultivated an identity that exists between the traditional boundaries of genre. His productions on labels like Ilian Tape and 2nd Drop offer a sound that’s as indebted to dubstep and techno as it is to experimental ambient, jazzy trip-hop and UK garage. It’s understandable, then, that his own musical tastes would be far-reaching and diverse. That fact is made obvious by his choice to discuss the influence of Susumu Yokota’s ambient record Grinning Cat with Hard Wax’s Finn Johannsen for this month’s Rewind column. 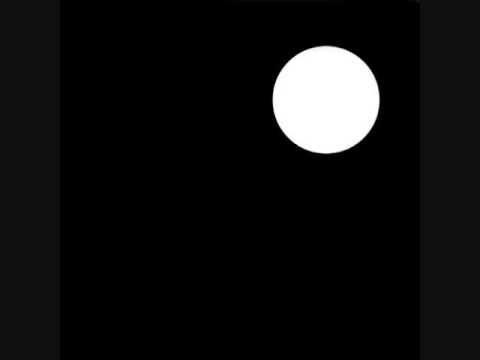 What was your first encounter with Grinning Cat?

I just saw the CD in a shop when it first came out. I hadn’t heard of Susumu Yokota at all, but I knew the Leaf label. I was attracted by the exquisite cover design, and it had a sticker with some rave reviews. I took it to the counter to have a listen and was instantly captivated.

Although Susumu Yokota was a very productive artist, Grinning Cat is acknowledged as one of the best of his career. What makes it so special to you personally?

I haven’t even listened to all of Susumu Yokota’s releases. There are quite a few. To be honest, I find his output to be quite hit and miss. There are a few of his albums that I only like one or two tracks from, and some that I just can’t get into at all. Grinning Cat is the only one that has no tracks I want to skip.

Is this best listened to as a whole or are there highlights?

I tend to listen to it as a whole. Like I said, there’s nothing worth skipping. Everything flows really nicely from track to track. There are definitely highlights. For me, one of them is the beginning of the first track, so I often go to listen to that and end up listening to the whole thing.

It’s interesting how many different musical directions Yokota achieves on a single album. Every track seems to move in different directions as they proceed. How does he manage to make this sound so coherent?

That’s one the things I find most inspiring about this album. I think the coherence comes from the specific sound palette he works from. Most tracks center around piano samples from French Romantic composers. Then there are a few from American minimalist composers and a few other sources, such as jazz. But it’s a really narrow pool, actually. I think this consistency allows him to structure his compositions in really exciting and surprising ways without sounding all over the place. The structures make the music very dream-like. Listening to “Fearful Dream” or “So Red” is like being led from scene to scene in a dream. There’s an overarching narrative, but it’s told through different scenes that each have a distinct sound. Sometimes when you change scenes in a dream it’s almost imperceptible—you can flow from one location to the next without even really noticing the change. Different locations and characters can overlap and merge. Other times the change can be quite abrupt. I’ve never heard anyone capture this as well as Yokota on Grinning Cat.

You can hear something like it in film music sometimes, but it’s never so psychedelic. I think that the fluidity between different sections is helped by ensuring that the individual elements don’t blend in too well. He separates sounds with a very unique use of stereo, and he is very loose with pulse; different elements often go out of phase with one another.

As mentioned earlier, Susumu Yokota has a really extensive back catalog. Are there other releases you cherish as much as Grinning Cat?

I have to say no. Not in terms of releases. Sakura and Wonder Waltz both have great moments, but I’ve not listened to them much. A track I do cherish is “The Dying Black Swan” from Symbol.

There’s been quite a resurgence of interest in Japanese electronic music recently. Is this just because the media and reissue outlets needed another topic? Or does Japanese music offer a certain quality that other worldwide scenes could learn from?

I’m not sure that I can answer this. I’m not particularly aware of a resurgence. But I’m also not sure I know all that much about Japanese music. Is this Japanese music? It was made by a Japanese man in Japan, but it sounds very at home on the Leaf label, which is based in Yorkshire, UK, and as such it feels like part of a British musical tradition that I guess you’d call “trip-hop” or something. And, as I mentioned before, the majority of the samples are from France and the USA.

Listening to the album also reminded me of the interaction between children and the weird, wonderful creatures that populate Studio Ghibli movies like My Neighbor Totoro. Is there a cinematic quality to this music that’s more rooted in Eastern than Western culture?

I think there is definitely a very cinematic quality to the music. What I was saying before about scenes in a dream could also apply to cinema to some extent. I think that the mood of this album is very special. It’s like a combination of wonderment at beauty and joy at uncertainty.

Your own music also often displays extensively constructed dense atmospherics that have been arranged by means of sounds and samples. I assume you’re inspired by many artists, but does Susumu Yokota have a special status for the way you idealize music?

Certainly. I still learn from this album now, even after having listened to it hundreds of times already.

Do you favor music that instills complex images in the listener, or do you also like music that is purely made for club functionality?

I don’t think that those are mutually exclusive. I would say that club music doesn’t have just a single function. A DJ needs simple bangers as well as complex and more emotionally rich music throughout a night. I generally prefer to play later in the night because I feel like people tend to be more open to music that requires more attention. When I’m making music in my studio, I let it take me wherever. If I have a functional club track and I add an element that mellows the whole thing out, as long as it works musically I won’t fight it for the sake of keeping it functional.

There was a tradition of clubs or dedicated floors where this kind of music could be listened to. Then it seemed those areas were neglected for other priorities. What happened, or is it actually happening again?

This is mythical to me. It sounds amazing, but I’ve never really experienced it. I think Mixmaster Morris does this kind of thing still, but I’m not sure where. I guess this happens at festivals on a small scale, but never with major acts. I love the idea of hearing this kind of thing in a club. If there are any promoters reading, PLEASE BOOK ME FOR A CHILL-OUT SET.