It seems that Berlin is all the rage in New York these days. Local clubs market themselves as Berghainish by barring bottle service sections and cameras while smaller venues and even bodegas boast a supply of Club Mate for those who miss the fizzy energy tea while they’re away from the German capital. But this interest in Berlin isn’t a passing fad fuelled by hype over techno hedonism; in fact, it’s a relationship that spans decades—at least since the 1980s, when German kraut, new wave and noise/punk-oriented bands like Einstürzende Neubauten and Mania D! shared a mutual influence with New York noise-rock outfits like Sonic Youth. In our latest artist conversation, former frontman Thurston Moore discusses the roots of this affiliation with German experimental musician and former Slices star Dirk Dresselhaus, who attended one of the gigs during Sonic Youth’s first German tour in 1990.

Thurston Moore: Hi man, nice to see you again! What are you up to these days?

Dirk Dresselhaus: I just released an album with Jochen Arbeit and Günter Schickert called A S S, and I’m in the studio with the bands Faust and Mutter. I heard you’ve recorded a new album as well—some kind of improv record, isn’t it?

TM: Yeah, Rock ‘n’ Roll Consciousness. It’s mostly songs, but it has free improvisation noise elements entwined. It’s an interesting co-existence to do records of high-profile rock compositions as well as completely marginalized experimental stuff. Actually, I don’t see so much of a difference between the two, but it’s surely different to the booking agencies and the managements. Sometimes they’re confused. I think I just have to come up with a different name when I’m playing noise music. But then I wouldn’t get any attention!

DD: I think it’d be interesting to do different things under the same name.

TM: It’s a different thing when you start out as a solo artist. For example, it’s a challenge for me to do something that doesn’t have the name “Sonic Youth” on it. After all these years with Sonic Youth, there’s this idea that I only play in an avant-garde rock band. I should be able to capitalize on that and get these gigs, but I shouldn’t get on stage with a chain saw in my hand. Well, I keep it together in that respect, but I like to create some sort of disturbance. When you started out, what was your name? Was it Schneider TM?

DD: I call myself Schneider TM when I do solo stuff. You were the first person who did a remix for me back in ’97 or ’98, remember? I remember meeting you in Cologne with your drummer friend David Nuss. You played free jazz around this one note that was in my track. I loved it. It was my first record on City Slang, an EP called Masters. Did you often do remixes in that style?

TM: Not really. But the track you sent me had this very linear idea behind it. I was really fascinated by this process of making music where you have a stabilized idea and then bring in ideas about abstraction and improvisation. I saw myself more as a “free-mixer” than a remixer.

DD: That’s funny because the Schneider TM project has been moving more and more into the free improv dimension over the last ten years.

TM: When we played in Berlin together last autumn, did you improvise your set?

DD: Partly. The frame was composed, but what happened to it inside was improvised. There were two pieces from my Guitar Sounds album, one of which turned out to be a Velvet Underground cover.

TM: Are you from Berlin?

DD: No, I was born in Bielefeld. Actually, I saw you guys play at a local club called PC69 during the Goo Tour in 1990. It really blew my mind.

TM: I do remember that club in Bielefeld! How did you come to Berlin?

DD: I came here the first time for a longer period shortly after the Wall came down in December 1989. I saw burning DDR flags everywhere at Brandenburger Tor, and that scared me a lot. But Berlin was the only place for me. I had been doing music since the late ‘80s and had moved to the countryside with a few friends to build a studio there—like a commune kind of thing. But when the whole project collapsed, I finally escaped to Berlin in 1998.

TM: It was an exciting time. On our first tour in Germany in the mid ‘80s, nobody knew Sonic Youth because we only had one record out. We had tapes of the second, Confusion Is Sex, with us so that we could play them for the promoter. And it actually worked out! The first person who came up to us when we got our amplifiers out of the van in Berlin was Blixa Bargeld, who asked us if he could help us with the amps. He was wearing his leather priest suit and his hair looked like a tarantula. I was like, “Who’s this guy?” He was pretty nice and really excited about the New York no wave scene.

DD: Did you know Einstürzende Neubauten at that time?

TM: I had heard about them because one of the first Neubauten shows supported Glenn Branca in Berlin, and our guitarist, Lee Ranaldo, had played with Glenn. When he came back to New York, he told us about this unbelievable Neubauten drummer called N.U. Unruh who played on a kind of metal construction he just smashed on. They came to New York shortly after and, man, they destroyed New York! On their first US tour, they drove around in every city they played picking up pieces of trash and metal from the street to mike it up on stage. They even started fires onstage. You can’t do that anymore. 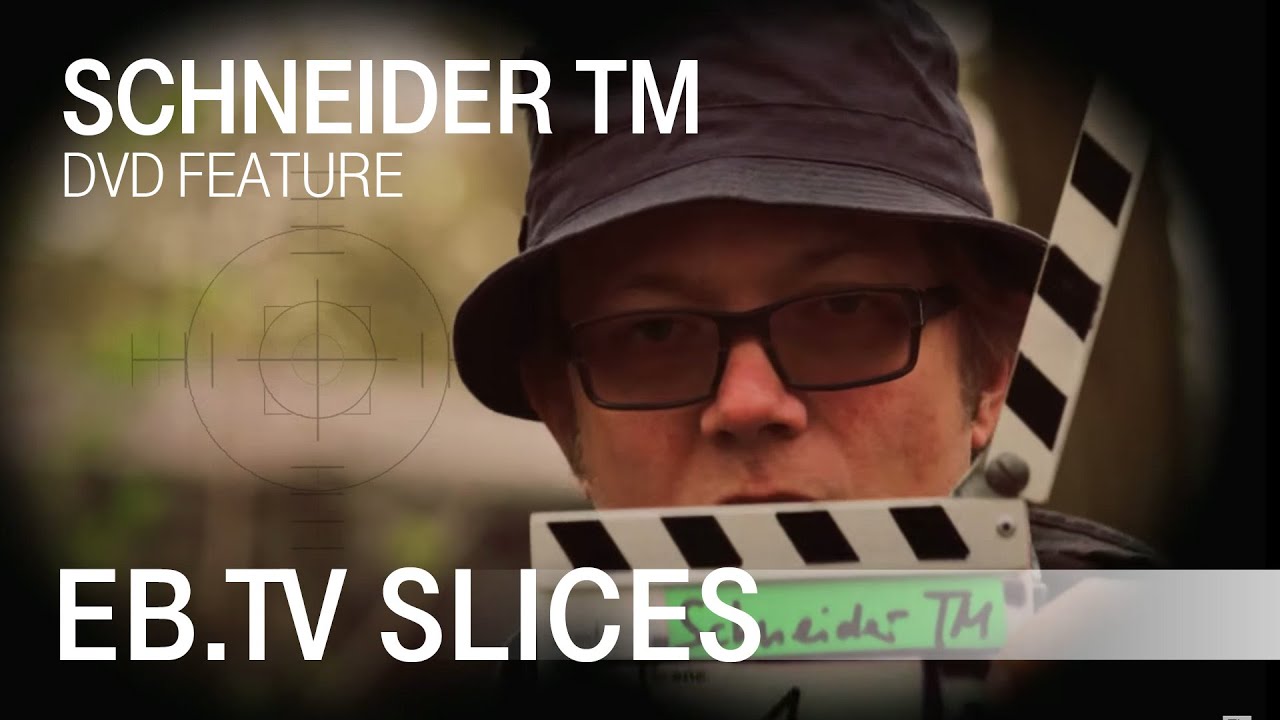 DD: Zappi [aka Werner Diermaier] from Faust still does that. I’m actually producing their new album at the moment.

TM: Ah, cool. I once played a gig with them in London. We rehearsed in Jean-Hervé Péron’s place just around the corner from where I live now. Jean-Hervé had all these graphs on the wall that he made to go through all the ideas in his compositions.

DD: He’s doing the same thing at my studio right now. The whole studio is full of papers, and when I first looked at it I didn’t understand anything.

TM:  What kind of record is this going to be, and who’s publishing it?

DD: There are live songs Faust did on their US tour and studio recordings with American singer-songwriter Barbara Manning singing some improvised lyrics and saxophonist Ulrich Krieger. It’s going to be released on Bureau B.

TM: The German scene was probably the most important inspiration for a lot of us in New York, outside of our own artistic environment in the States. So there was a Berlin-New York connection in the late ‘70s, when people like Gudrun Gut and her female trio Mania D started to come to New York to do their first performances. I saw them once in a tiny off-venue called Space A in Manhattan, which was right next to where I lived at that time. Years later, when I met Gudrun again and told her that I had been at her concert, she couldn’t believe it because there had been only ten people in the crowd. I said, “Yep, and I was one of them!”

DD: That’s weird, because in Germany, all those krautrock bands like Faust, Can, Neu! or Ash Ra Tempel weren’t anywhere near as well-known as Sonic Youth. I learned about all the German stuff from the interviews you gave back then. Before that krautrock was considered as something very bad—some kind of theatric prog-rock that we didn’t like at all.

TM: That says a lot about the acceptance of music and its cultural importance in its own country. I just published a book with [art book editor] Eva Prinz in our publishing house, Ecstatic Peace Library, that’s about black metal from Norway called The Death Archives: Mayhem 1984 – 94. Mayhem was the most influential black metal band in the world, and they are no strangers to controversy. At first, the subculture was demonized in Norway, but now, after it slowly but surely has become a very successful Norwegian genre in its own right, visitors are welcomed to the home of black metal. First they burned the churches, killed each other and killed themselves. But it all started here!

DD: I often think the branding of a particular music scene can make things difficult. The name “krautrock” was invented by British music journalists. And then, step by step, some bands gathered around something that was nothing but a word.

TM: Absolutely. That’s what the bass player and only surviving band member from the original Mayhem lineup, Jørn “Necrobutcher” Stubberud, shows in the book. He collected enormous amounts of photographs, recordings, video diaries and memorabilia and shares rarely seen photos of the band before the death of singer Pelle “Dead” Ohlin and the brutal murder of Øystein “Euronymous” Aarseth in 1993 by Varg “Count Grishnak” Vikernes, who’s internationally known as Burzum.

DD: Books and cultural history seem to get more and more in your focus.

TM: I really love making books, and I’ve been writing poetry for a long time. I even teach writing from time to time at Naropa University in Colorado, the former home of Allen Ginsberg, Anne Waldman and John Cage. I have a passion for cultural movements that were in some way marginalized; take our very latest publication, Musics. It was London’s first magazine for improvisers and was published between 1975 to 1979. It was a blueprint for all kinds of activities of sound art and 20th century composition and an entry to the arcane world of the 1970s experimental and improv scene.

DD: It’s good to work on cultural phenomena that doesn’t necessarily belong to the official canon. Basically everything is sound, everything can be an instrument, and music can be made out of everything. You don’t need to know how to play an instrument to make the most beautiful music with it.

TM: I talked about that with David Toop, who founded Musics. He told me that he always liked bands who didn’t know how to play the most because it’s more interesting and always new. Once I listened to my old tapes to remember what I was doing and how to play my old songs, and eventually I realized that it wasn’t too sophisticated because I had kept it simple. I think about how to keep things primal and simple all the time.

DD: I also go back in time and re-learn things. I started to play drums in the early ‘80s and then didn’t play for 15 years, and when I started again I could play things that I hadn’t even dreamt of. The same goes for guitars or electronics; don’t try to understand the machines because it fucks your brain. Discover the beauty of mistakes, which are defined by the brain. Anyway, Thurston, you should come to my studio the next time you’re in Berlin. We can call Zappi to play drums.

Read our interview with Randall Dunn, the producer who worked on Thurston Moore’s forthcoming album.