Few artists use music like Xosar (a.k.a. Sheela Rahman). The Berlin-based techno producer draws on her near-encyclopedic knowledge of the occult to create works that feel like they’re somehow enacting change on a plane beyond the boundaries of normal perception. The Possessor Possesses Nothing, her latest album, released earlier this month, is just the latest example in a growing body of work that uses corrosive textures and techno rhythms as a kind of industrial-strength sonic soul cleanser. As it turns out, “sound healing” happens to be one of her many occult interests. We asked her to provide us with a guide to some of the techniques that she uses.

“You can re-write the source code of your reality using the very compounds that created it: vibration. The vibrations you emit through thoughts, words, actions, intentions and expressions affect the behavior of subatomic particles. The body and field around it are programmable by language and sound. Program it wisely, and it will program you back.

Matter, at its core, is just vibration. The body is a big walking stack of frequencies emanating from each cell and atom. Various systems of your body oscillate at different frequencies; each has its own base-level frequency that represents its healthy, harmonious and ideal state. When frequencies become too chaotic, your bio-mixdown gets muddy and clumpy and slow, which can expose your body to vulnerability, disease, antagonistic forces and other toxins in the environment.

What causes the excessive buildup of chaotic, unstable, or rogue frequencies? Stress, unhealthy food or prolonged exposure to your Facebook or Instagram feeds. You can refine your internal mixdown by honing your base frequencies and EQing the balance in your lifestyle. Exposing yourself to certain sonic tones can have the effect of a shower: they wash off all of the dirt and debris of the sensory inputs and electromagnetic signals scatter fragments of your consciousness.

In the technological age, it’s becoming increasingly important to re-connect with the reasons why you’re doing what you’re doing based on your own intuition and how things make you feel instead of answering to society. Your underlying value system consciously and unconsciously motivates your actions and creates your reality. And if you can learn to calibrate your “belief system module” and tune it to the right dial, your life’s song will more closely resonate with how you imagined and hoped it would sound. Here are some tools to help you on this quest.” 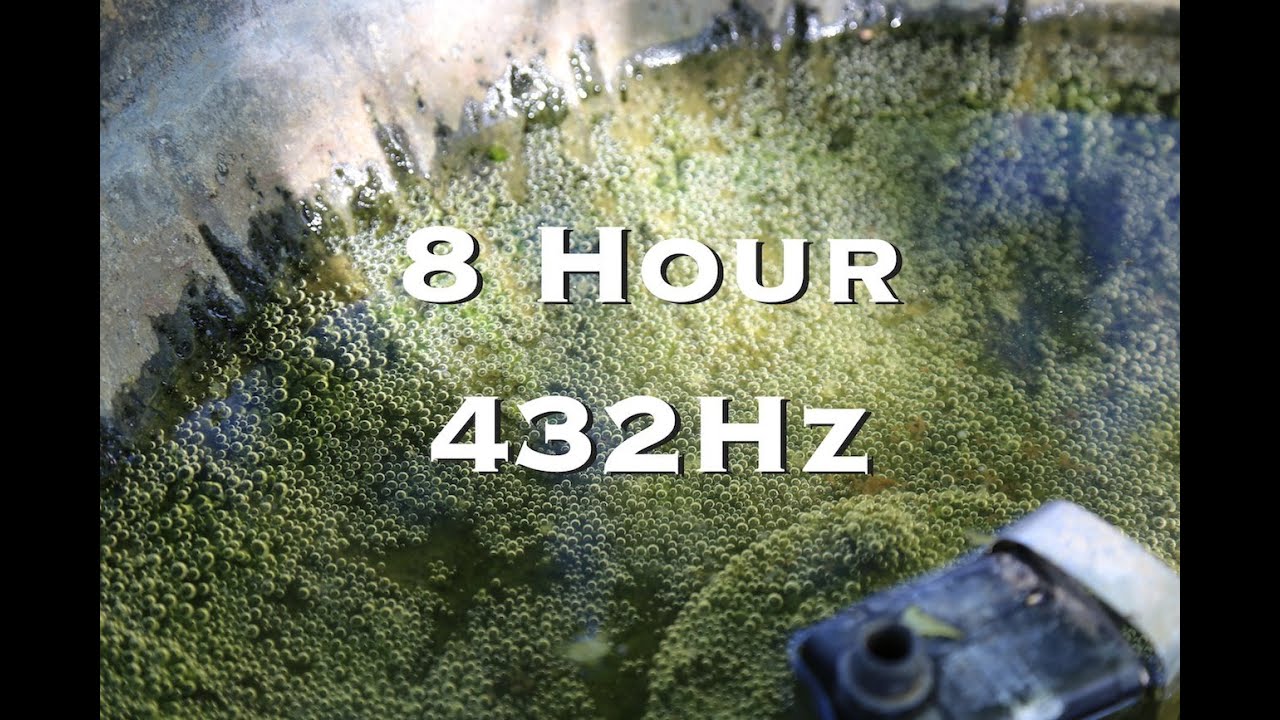 “When the body and mind are out of sync, you can use tones to beat match them. You can initiate deep cellular healing processes or trigger a shift into higher (or lower) states of consciousness when you expose yourself to particular frequencies. By bathing yourself in pure sine tones, for example, the weaker and more incoherent vibrations in your system will begin to harmonize with the stronger vibrations, creating internal alignment and less chaotic confusion. These tones can be generated using an online tone generator plugin for Ableton, Logic or your phone.

You can amplify your awareness of the effects that specific tones have on matter, mind and emotion by utilizing micro-tuning to create your own musical scales that empower your intentions. If you choose to go deeper, you may also look into other types of electronically generated tones such as sawtooth waves, triangle waves, square waves, impulse waves—and combos thereof—and their various effects. Other points that you may wish to explore may include: the pulsing of a tone known as “isochronic tones,” “phase-shifting,” and “binaural entrainment;” the playing of different tones in each ear to create a phenomena that yields the perception of a third tone; and the difference between the two. Binaural entrainment can be used to perceive low frequencies not audible to the human ear, like the earth’s resonance field, 7.83hz (this is known as the “Schumann resonance” and is also the frequency of the alpha-theta brain state, the neural frequency band between conscious and unconscious states, which is optimal for creativity.) There is a wide array of data to explore regarding the effects of frequency on matter and mind. Rife frequencies, Solfeggio frequencies, harmonic ratio intervals and the research of Ervin Wilson, Dan Winter and John Beaulie are good places to start.”

“These have the ability to resonate constant tones into the air or against the skin, penetrating deeper layers of tissue and entraining weak or chaotic cells to vibrate at specific strong and constant emissions. Different frequencies have different properties. Various instruments, bowls, gongs and human voices can be micro-tuned to reflect desired frequency states. Study micro-tuning if you wish to enhance your power to manifest intended feelings by trying new frequencies or creating your own.”

“Vibrational entrainment could also be administered from the inside through chanting, singing and mantras. When you vibrate specific frequencies internally, you can re-structure the chaotic and unhealthy frequencies back into their healthy states and open up clogged regions in the physical instrument. The science of mantras such as ‘om’, for example, administer a proven ability to unclog the plumbing of the resonance chambers in parts of your frontal skull. There are also the six Tibetan healing sounds—which clear paths in your organs’ meridian systems—as well as tantric mantras and the Hebrew and Sanskrit alphabets, among others.”

“Becoming aware of your inner universe and subconscious thought patterns can aid in your understanding of which sensory inputs are helping you and which are harming you. This awareness will help you make decisions that align with your highest potential. Buy a biofeedback device, like Muse, and download apps onto your smartphone that let you observe your brain frequencies in real time (I recommend MuseMonitor or FlameinMind). Various sensory inputs create different patterns in your brain frequencies and thoughts. Learn what situations create greater calm and coherence, and which create disharmony, unease or chaotic confusion.

You can also learn how to train each frequency band (delta, theta, alpha, beta, gamma) to be on call to serve you when needed by observing your brainwaves’ behavior when you listen to or engage with different stimuli. Learn how to sync up your left, right, frontal and back brain hemispheres to scrape out the gunk that is blocking your quarter-inch jack input from the cable of universal wisdom that it wants to connect to. A good way to do this is through binaural isochronic entrainment with alternate nostril breathing or any activity that involves oscillations between both sides of your body (e.g. walking, alternating closing one eye at a time or taiko drumming.) Observe the left and right hemispheres’ reactions. Creating coherence in your brain frequencies means that your internal systems are communicating efficiently and working with, instead of against, each other.” 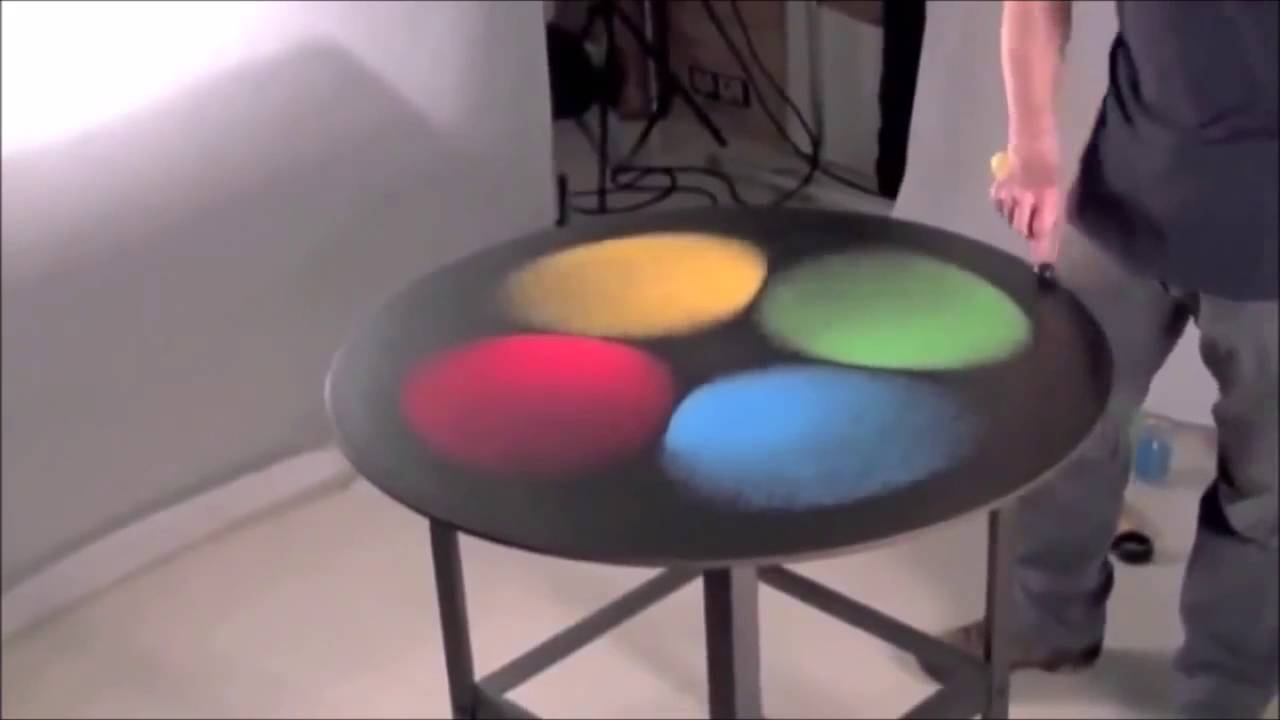 “Understand the re-structuring of matter and quantum holographic geometrical fractals you are creating when you project sound vibrations into the air by familiarizing yourself with things such as cymatics, Musaru Emoto’s water research and oscilloscopes. Cymatics uses sand or water to demonstrate that specific tones and harmonic ratio intervals have the ability to structure plates of chaotic sand into perfectly formed geometrical shapes that can potentially repair and restructure cellular tissue into its original healthy states. If these frequencies can do that with sand and water, they can possibly do it to the human, who is made up mostly of water.

You can restructure water molecules as well by applying vibration in its various forms. Musaru Emoto’s water research demonstrates the power of sound to restructure crystalline atomic structures of water. Have an awareness of these phenomena without drawing immediate conclusions that order is good, however, as there are cases when disorderly conduct can have a healing impact as well (see section on the positive aspects of noise music below). Oscilloscope visualizers are also excellent tools to develop understanding of the physical structures of vibrational tones and harmonics.”

“Once you understand the power of sound frequencies, vibrations and how matter is structured by it, you may more deeply benefit from communal music events. DJs, musicians and producers can take on the role of a modern day shaman, guiding audiences into receiving transcendental codes of healing and wisdom. Drum rhythms train your ability to focus and create presence and coherence. When you align your body with a rhythmic flow of drums by listening to, playing or syncing with them through rhythmic movement, it may impart a healing effect that creates coherence in the mental and physical systems of your reality.

Loud vibrations may have a cleansing effect on the body. But overexposure could also be detrimental depending on individual sensitivities. Learn your limits, and honor them. Hearing and playing improvised techno, noise and free jazz involves the channeling of unpredictable events can have the power to break down unwanted pre-programmed patterns of robotic habit that may be causing you unwanted outcomes.”

“After you inhale all of this information, exhale and let go of it all. Turn off your conscious mind and penetrate the gateway of the unconscious through the spontaneous manifestation of jamming. Attempt to enter into a regular flow state of relaxed radical presence, straddling the space between conscious and unconscious states (if you surf the alpha-theta brain wave, you should hit 8hz). In this field of zero-point energy, time does not exist, and creativity and heart-mind coherence can be accessed through the universal language of pure emotion. You can channel this state through devices as diverse as an Electribe, a keyboard, a piano, drums, a pen, a paintbrush or your own voice. There is no universal right or wrong when performing this act. The only rule is that there are no rules.”