Seminal East London club fabric’s in-house label, Houndstooth, has had its hands in forward-thinking electronics for quite some time—from putting out the early records of Special Request and Call Super to more recent signings like AQXDM and Lotic—with most of its releases skewing toward widescreen, abstract experimentation that maintains strong dance floor impact.

On its latest compilation, Alterity, the label widens its scope even further, cherry-picking artists from the fringes of the world’s regional club scenes for a project based on “radical otherness and outsider culture” and “how shared sounds and ideas connect many seemingly disparate scenes and cultures across the planet.” And while the music on offer is as diverse as you might expect from such a lofty concept, the album plays, almost startlingly, like the output of a close-knit collective. 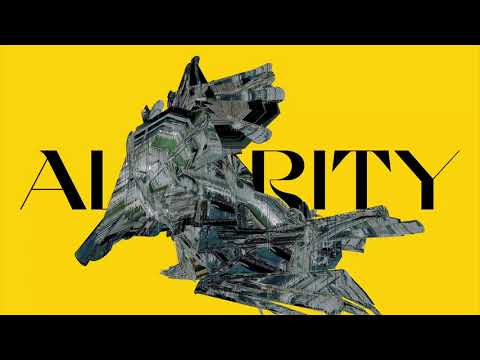 Alterity is punctuated by its contributions from members of the Shanghai club scene, starting with a punch of percussive heat from 33EMYBW and Gooooose. While Gooooose’s “We’ve All Been There” deals in lush rave synths and skittering, shifting IDM-esque drum patterns, 33EMYBW’s contribution, “Medical Fodder,” goes decidedly more psychedelic—dealing in fractically-unfolding drums juxtaposed with ghostly vocal loops and jarring horn squelches, each popping in and out of the scene in a constantly-disorienting assault. Later in the compilation, Hyph11e and Osheyack chime in, with the former dealing in cinematic breaks that feel like they’re constructed from pieces of plastic, squealing tires, and broken grime synths. Osheyack’s “SAF E,” arguably one of the more “challenging” tracks on the tape, uppercuts with a rhythm that feels like it’s constantly falling apart, each kick drum hitting a little later than you’d hoped, each element just a little too far apart from the others. Listening to it feels kind of like going insane, but…you know, in a good way?

Further standouts come from Manchester-based producer AYA—whose tracks often feel like a whole club set boiled down into dense ideas, strung together aggressive tension builds and releases, switch ups, and bounce—and Toronto artist E-Saggila, whose track “Shd” feels like a twisted and mangled take on electro, with pounding metallic bass, vocal cuts reminiscent of Giant Swan’s debut album, and a sweeping riff that ties together the track’s expanding and contracting drum loops. But that’s not to say that any track here is a pass; it’s one of few compilations that are absolutely worth a listen start-to-finish.

Although it compiles the work of producers from nearly every continent, Alterity‘s tracks all point to a few main motifs. Illustrated through the track titles like “Absent City,” “Primal Use of Wind,” and “Ritual for Rusting Metals,” the project’s overall vibe hovers between crude, twisted cyberpunk electronics and a sense of primal, nature-connected ritual. And while seemingly at odds, these sounds coalesce into a fully-formed vision for the future of the dance floor—if only we could be on one to hear them.

Listen to Alterity above, and head to Houndstooth’s Bandcamp to support the project.