Earlier this year, Ellen Allien reminded us why she’s long been one of our favorite German techno DJs. Her set at our party at Landschaftspark Duisburg-Nord was razor sharp, fun and ultra-contemporary. She has long had her pulse on the present, and that’s been reflected lately in her new party series at Griessmuehle (RSVP for the next party on Dec 29 here), in the announcement of a new dance floor-oriented imprint called UFO Inc. and in the sound of her latest single “Take A Stand”. Simply put, she has a lot going on, and that’s why we asked TEB contributor Christine Kakaire to catch up with her in Berlin.

It’s with a refreshing lack of sentimentality that Ellen Allien regards the world that she helped shape. While the DJ, producer and BPitch label head is a character woven deep into Berlin techno lore—she held residencies at seminal clubs like WMF, Tresor and E-Werk in the latter half of the 1990s—you’re unlikely to see her misty-eyed about the past. “I don’t miss it,” she says brightly over a mid-week brunch in a tucked away corner of the district of Mitte, “because the scene now is so huge and so amazing. Tresor is still there, and it didn’t change so much, I have to say. The club is even better now, I think.”

As a native of the German capital, Allien incorporated the city into her artistic identity from the start, with her first two albums, Stadtkind and Berlinette, proudly claiming her roots. Two decades later and she is unruffled about the new ventures which place her elsewhere. Her most recent EP, Take A Stand, is a shouty bruiser with quasi-activist messaging that speaks to the zeitgeist, and it was notably her first EP away from BPitch. It came out instead through Nonplus Records, the label run by Boddika, whose own unique strain of techno has mutated out of his very British and bass-heavy past. “I’ve done this so much and for so long with BPitch,” explains Allien, “and I needed to bring it out somewhere else, just to see how other people work and how it is for me as an experience. I like Nonplus because Boddika has the same passion as me.” 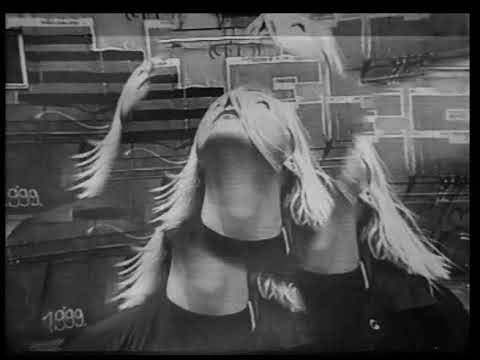 By identifying these personal connections, Allien has maintained the ability to exist, concurrently, in two worlds at the same time. As one of the most recognizable personalities in electronic music, she spends most of her weekends routing through international airports to a busy schedule of marquee club gigs and festivals. But in her hometown, she has developed the We Are Not Alone party at Griessmuehle, a space that bridges the gap between popularity and underground credibility. “I love Griessmuehle,” she says, “It’s amazing! I love those guys. We can talk for hours about music. They’re young, they’re fresh. They’re not so stiff in their minds.”

On the encouragement of her friend Serge (from Clone Records), Allien is also about to launch a new label project, UFO Inc. The 12” imprint will be a source for the kind of no-nonsense techno jams that marked her 2017 album Nost and should tie in neatly with the Vinylism pop-up record store parties that she will continue to host alongside her touring schedule. When asked if UFO Inc will replace BPitch in any sense, she clarifies that each label has an independent identity.

“I don’t know. Is it?” she asks, when mention of BPitch’s impending 20th anniversary year is mentioned. “I’m not so much into these anniversaries,” she continues. “It’s not a celebration because I [already] lived it so strongly. It’s not about numbers. Shit records came out, and good records came out. It’s nice, sure, it’s beautiful, but it’s [about] the music and the artists bringing the energy.”

Allien’s sober perspectives on the machinations behind distribution are counterweighted by her strong connection to music and its physically transformative effects. On the Sundays when she’s not in work mode—which are rare—she will be in the club anyway, participating in the vital ritual of dancing for hours until her clothes are heavy with sweat. Her favorite haunts are Berghain when she is at home, or Circoloco at DC10 in Ibiza. She prefers to be somewhere perfectly equidistant from the speaker stack, the DJ booth and the crowd. She avoids the areas where industry people routinely gather to talk shop, gossip and be seen. “I always run away from these corners,” she says. “There was one person in Berghain who was constantly in my ear. I pushed them onto the dance floor.” She makes an exasperated sound, “Business talk?I” There is one caveat to her no-chat rule, though. “If it’s a sexy man, okay,” she says. “If he does it in a nice way, maybe we can flirt a little bit.”

Allien relishes describing the sensation of movement through dance, yet she talks about it in a way that keeps it a sacred communion, with and for herself. “I know people who go dancing and think all the time,” she says. “I don’t do that. I completely switch off. It’s all in my body. I try to move every muscle, feel every corner.” This profoundly embodied experience informs the language she uses to describe various aspects of her musical life. She describes music as “an emotional massage of [the] soul,” and critiques a fellow unnamed DJ’s signature bassline manipulation style as one that she simply “cannot digest.”

She intends to continue DJing for as long hear ears can hear. “All your bodily organs can recover,” she says, “[but] not the ears. When they’re broken, they’re broken.” Even her relationship to DJing is something experienced in the tissue and bone marrow. She describes it as an “addiction” wherein she’s constantly seeking the next high. “It’s about finding the flow within a room and with the people. Picking them up to pick me up, pushing them out of normal life into something more intuitive. I need to feel it, to have this loud music around me, dancing. It’s my lifestyle, my life form.”

Music has played a transformative role in Allien’s life since she was young. At first, she used it as a balm to soothe the loneliness she felt after her older sister moved out of her family’s West Berlin home. A family member had gifted her some of their old records—mostly the broken or unwanted ones—but the experience of close listening left an indelible mark on her. “It was like tripping out, like switching out of reality,” she recalls of the time. “[Music] was and is now still how I really switch out of my daily life.”

Fortuitously, Allien bore witness to two complementary music-led youthquakes that would shape her future. She moved to London for a year to study English during what would later be known as the acid house summer of love. Then, after she was back home, she was woken one morning by news of the fall of the city’s surrounding border walls. She wonders now how her life might have been different if she had been born by the seaside or in a rural village. “Maybe it wouldn’t be techno,” she says. “I grew up with all this industrial noise of the city, all these changes in the ‘90s when the Berlin Wall came down. All these empty [spaces] and roughness.”

That roughness and desolation of early ‘90s Berlin famously created the conditions needed for Allien and others like her to influence the city’s cultural future. As a budding DJ, she practiced mixing at home for hours on end. And although she wasn’t able to rid herself of performance anxiety for several years afterwards, her profile grew through residencies at Tresor, Bunker and E-Werk.

“I was really shy at the beginning,” she admits, “because I didn’t [get into] this to be watched or photographed or filmed or interviewed.” Two decades later, however, she has learned to endure all of these things while becoming one of the most visible figures in electronic music. Both her Kiss FM radio show, Braincandy, and the associated record label of the same name, operated through the mid-‘90s and were shuttered at the end of the decade. The new millennium provided a clean slate; a series of parties she had been organizing, Pitch Control, spawned the label BPitch. Alongside Allien’s own iconic artist albums such as Stadtkind and Berlinette, her early signing of Paul Kalkbrenner, Modeselektor and Apparat set the label up for huge crossover success stories by the close of the aughts.

The far-reaching sound of BPitch Control has allowed its coterie of mainstay artists to develop as studio acts across a range of sounds. It’s also allowed Allien herself to indulge her alter egos, appearing with projects that touch pastoral indietronica, delicate ambient, classic electroclash, deep techno and further beyond. Within whatever small pockets of availability she has left, Allien is now undertaking another new project: a collaboration with Japanese noise producer and Raster:Noton alumna Kyoka. “I’m a big fan of her music,” says Allien. “She’s a very cool nerd. She already gave me the tracks for it. I want to rework them and then we want to play live. It’s perfect for me to build beats and some basslines on her music to make it more ravey. I’m really looking forward to that.”

Before we part ways, Allien says, “I think I’ve been hanging on BPitch. It’s good that we have a new base with some new people, to give new artists space so that people don’t talk about old BPitch artists.” She continues. “I think it’s also good [with UFO Inc], working with different sounds and with a new distributor, to see how it goes.” She repeats that she’s looking forward to the projects ahead. “I love the name UFO Inc., of course. My UFOs and my aliens are always my protection in life.”