SPFDJ (a.k.a. Lina Jonsson), just got her first tattoo. “It’s a Ukrainian woman with four legs and saggy boobs,” she says while showing me the back of her arm. The week prior, Jonsson played in Kiev, where a local tattoo artist messaged her via Instagram to offer his services for free. Jonsson said yes. “He does these trashy styles,” she explains. “I thought it was really me.”

Indeed, rawness (with a bit of irony) defines Jonsson’s style. Especially in the DJ booth, the Swedish-born, Berlin-based artist has quickly earned a hardcore reputation. Her sets are punishing, blending techno, trance and EBM in a way that sounds fresh and provocative. This past year has also been a breakthrough in her career. Jonsson now plays internationally each weekend, and has her first shows at festivals like Dimensions and Dekmantel this summer.

Meanwhile, back in Berlin, the artist stays involved with DIY projects and collectives. Jonsson helps run a party called Universe Of Tang, holds a residency with Herrensauna and co-operates System.out Sound, a rentable Funktion One system that powers many of the city’s underground raves. Her latest project is a label called Intrepid Skin. It launched last December with the debut EP from likeminded artist VTSS, who recently contributed a playlist for us here.

Following the announcement of Intrepid Skin’s second release, Nene H’s Feast, we sat down with SPFDJ at her apartment in Berlin to discuss her taste in techno as one of the scene’s most promising DJs and new label heads.

A lot of people comment on your “uncompromising aesthetic” when it comes to techno. When you’re buying new music, what quality are you looking for in a track?

I have this filter—I hate to call it a “bang filter”—but I guess that’s what it is. [laughs] I will just play a track for one or two seconds. A lot of the time that’s all it takes for me to hear whether I should listen more to the track or not. Which sometimes isn’t effective—I don’t use this mode when searching for music all the time. But a lot of the time if the kick drum doesn’t bang, for example, I’ll just skip it. So yeah, a pumping kick drum, some interesting percussion and then if it has some catchy sound in it.

I find that when I’m listening to music, and when I’m blending in particular, I’m focusing a lot on the part that catches the listener’s attention. So when I do the blends, I’ll keep that element in as I’m mixing the track out, then kind of slowly fade all of the other ones out. If a track has this element in the first few seconds, then I’m intrigued.

Do you also look for mood? Your sets are often characterized by a transcendent or emotional quality. Everything you just described is very functional.
Yes, I do massively. I tend to discard any track that sounds happy. [laughs] With a few exceptions. Generally they don’t really interest me. I’m happy listening to other people play happy music, but it’s not necessarily for me. When I’m listening to music, I categorize tracks in what emotion it sparks in me, or, you know, what kind of mood it has. Is it sentimental? Is it angry? Is it forceful? I have a few different categories. I will categorize tracks like that, but I don’t necessarily use them for filtering music and deciding what to buy. That’s just what I do later when I play. 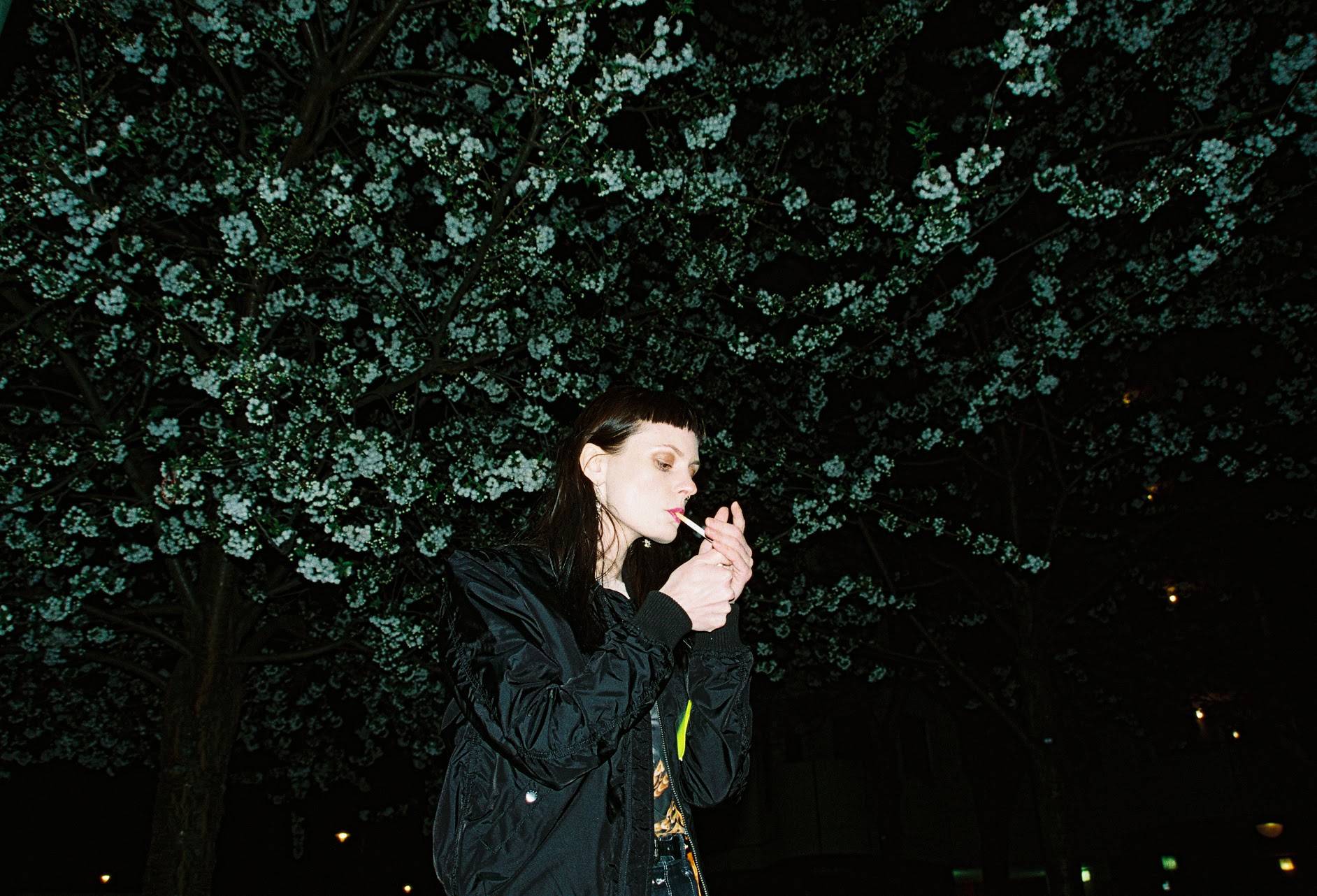 Yes. Are those still the main styles in which you play?
Yeah, I would put EBM and industrial in there as well now.

Do you play a lot of older music? What’s the split between old and new?
It’s probably more new music. Maybe 20% old music at the moment. It depends on what mood I’m in. Sometimes I feel like digging into the archives and sometimes there’s a lot of new music I’m excited about.

That’s interesting because I’ve seen multiple comments on your sets saying, “She’s taking me back to the old days.”
Yeah, I’m a bit confused about that. Because in my Boiler Room, where people were commenting this, saying this reminded them of “techno back in the good days”—most of the music in there was new.

You once told me that growing up listening to trance helped you get into techno.
Yeah, I grew up in the middle of nowhere in Sweden. It was a small town, less than a thousand people. There weren’t any nightclubs or any bars even. So the way young people would party would be drift around in cars, drink moonshine and listen to trance. Very commercial stuff—just with a catchy vocal and hysterically overdriven kick drum. They would have the sub—the bass—just in the truck of the car, so all you could hear was a dull thud of the kick drum. Couldn’t even hear the vocal much. I think that’s when I developed my affinity for kick drums.

Would you ever slip one of those trance songs into your sets now?
That would be a push. [laughs] If you asked Varg this question, he would say yes. Possibly even VTSS, if she was feeling particularly cheeky.

Speaking of VTSS, you released her first EP via Intrepid Skin at the end of last year. How did you meet, and what about her music fits your vision of the label?
I met VTSS when I played at a Brutaż party on New Year’s Eve a few years ago. We went to this after party that went on for so long, and she was controlling the music for the whole night, just on someone’s phone. She was playing a lot of mad trance, some hardcore. I just remember thinking: who is this woman? She’s amazing. She was so inspiring. After, I got in touch and we realized we had a lot in common. I feel like we’ve inspired each other musically because we don’t have exactly the same styles, but they fit very well together.

I can play some “normal techno” in my sets and then play some other stuff, kind of weave in and out and play a broader range. Whereas I think VTSS’ sound is more to the point. She doesn’t really play a lot of the standard kind of “Berghain techno.” She has her EBM and hardcore sound. She plays a lot of fast and new kinds of techno.

What are these new kinds of techno from your perspective?
I see different directions. There’s the Copenhagen, kind of trancey, techno that’s faster. It overlaps with some of the French scene that also has a faster sound. But the French scene is also influenced by what they call “mental tribe” and more like “hardtek,”—“tek”, with a “k”—which almost has similarities with psytrance. There’s also a lot of EBM influences in France. It’s hard to categorize.

The new, more unconventional techno that I’m interested in—I mean, it’s not brand new. It’s been around for a while but not been as big. But it definitely has more of an EBM influence, even more of a trance influence. More intense. There’s more stuff happening in the tracks. 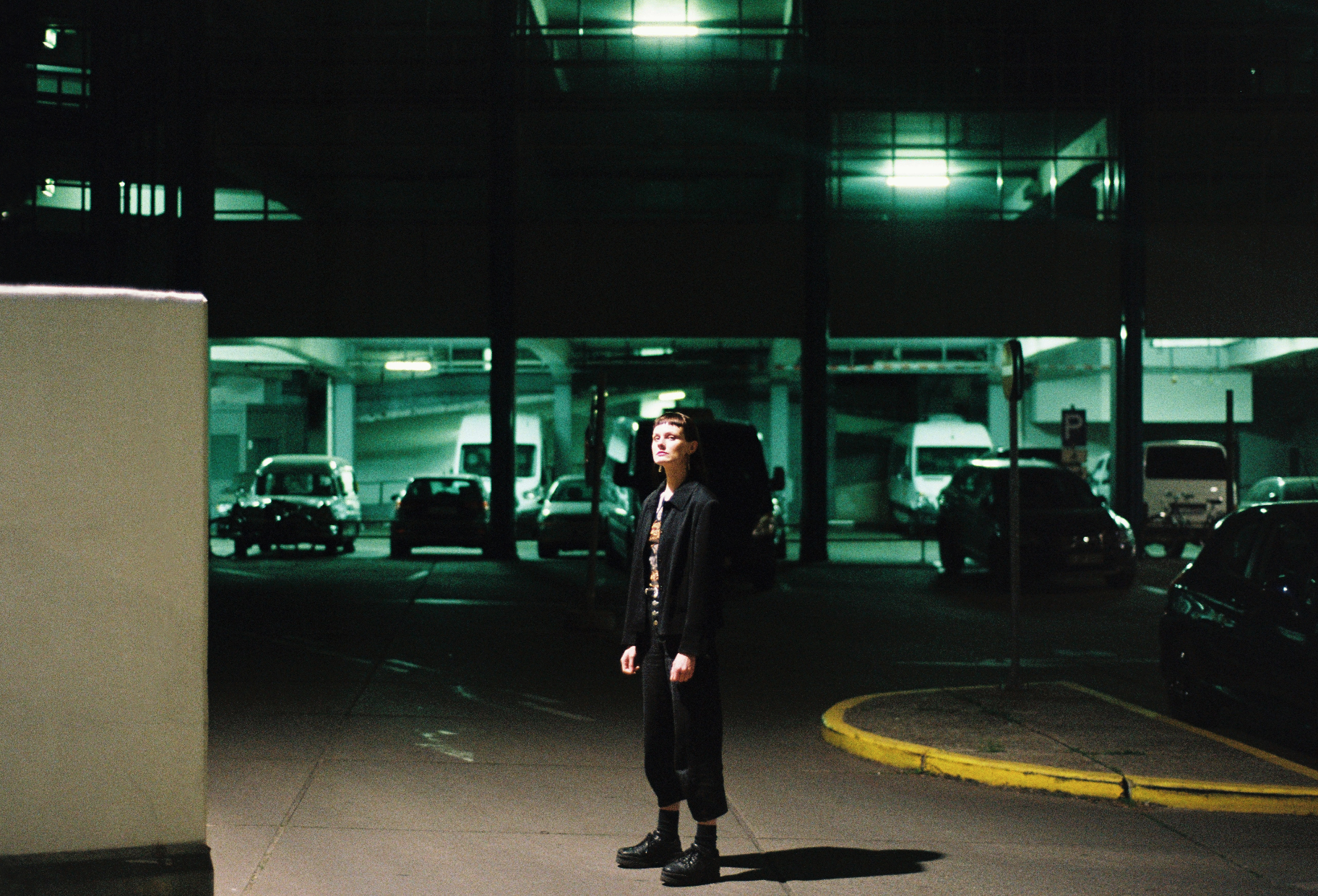 You just announced Intrepid Skin’s second record, from Nene H. Can you tell me about it?
The record comes out the end of May. It has really hard kick drums, but also some of her defining sounds in it. One of the tracks has a very typical Nene H Middle Eastern kind of flute that’s really beautiful. The percussion sounds like hers. I’m very excited for this record. It’s quite hard and fast.

Learning to produce is slow, but I’m having a lot of fun. I wouldn’t call it making music at the moment. I’m just experimenting with making sounds. I’ve been playing around with my partner’s modular gear recently, and it’s kind of revolutionized how I see music production. Before, I naively thought to make a track you had to have the idea in your head and then transfer that into Ableton. But with the modular sequencers, I’ve realized that you don’t really need to have the idea. You can just fiddle around and use your ear, listen for things and combine things. Suddenly it’s made me really excited about making music.

Is it going to be dance floor-oriented?
Yeah, I’m going for the bang. I don’t think I know how to do anything else.