It’s Frankie Knuckles Day! To honour The Godfather Of House, Cinthie plays a Chicago house themed set, a fundraiser stream in partnership with SoSure Music and the Frankie Knuckles Foundation, with all proceeds going to the charity.

“There is no set without a Frankie track. That has been my thing for many years when I play in clubs. It’s no surprise that I was very sad when I heard about his way too early passing. And now I feel very honoured to receive so much trust in remixing one of his absolute classic tunes, that is ‘The Whistle Song’,” she told Electronic Beats.

In 2004, the city council of Chicago declared August 25th to be Frankie Knuckles Day, a time to celebrate the legacy of one of dance music’s beloved pioneers. Spearheaded by Knuckles until his tragic passing in March 2014, The Frankie Knuckles Foundation focuses on music in schools, LGBTQ+ youth homelessness, AIDS research and prevention, as well as diabetes research and education.

Get locked in now via SoSure and donate to the Frankie Knuckles Foundation here. 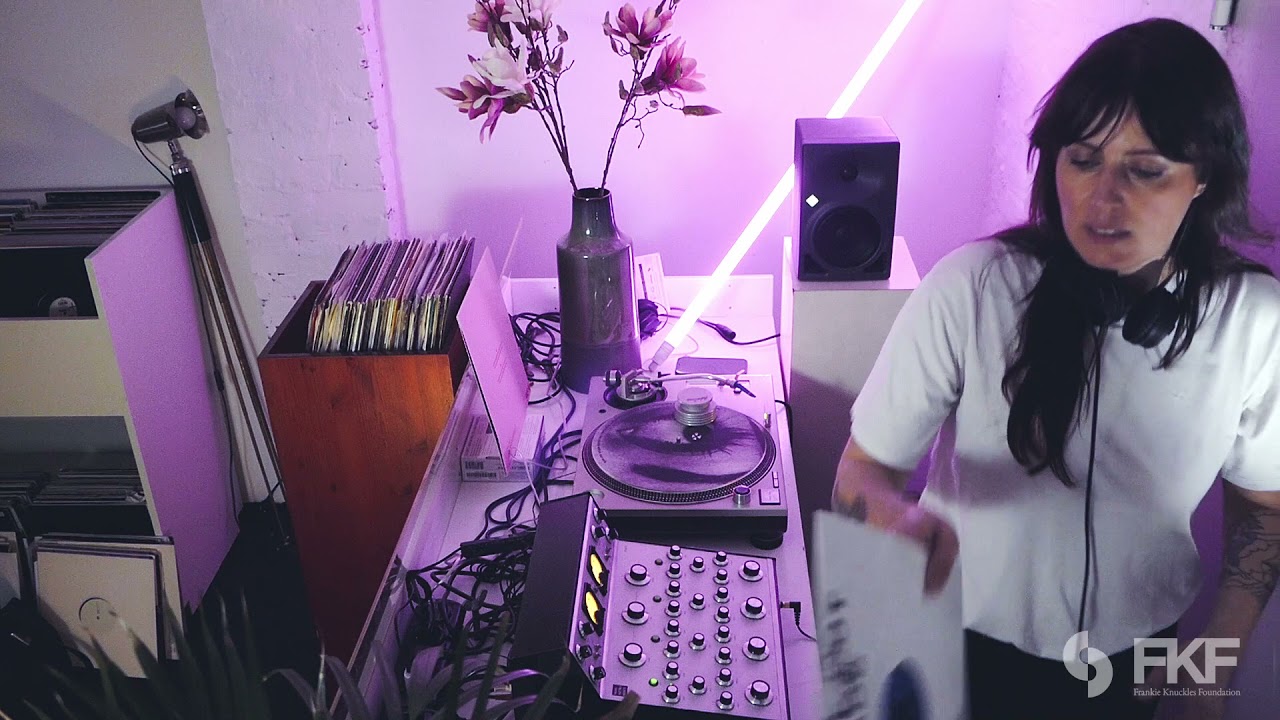 Watch this next on Electronic Beats TV!

B-Sides: Digging In The Crates With Cinthie
Cinthie is One to Watch
Blind Test // 90s House Music

Listen to our EB Podcast episode with Cinthie below (in German):

The Bug and Dis Fig on Mutant Dub, Soundsystem Culture, and ‘In Blue’

Benji B on the Telekom Electronic Beats Podcast

Rooted in Rhythm: A History of Percussive Techno Through 10 Essential Records

House of St. Laurent on Queer, Black Athleticism in the German Ballroom Community

Soon on a dance floor near you: London Fashion Week’s best looks

Mike Paradinas on Planet Mu’s Past, Present, and Future

How ‘Echoic Choir’ brought the club back to CTM Festival

Playlist : ‘Selects’, a round-up of the best new tracks by EB

Read the Transcript of the Electronic Beats Podcast With Johanna Jaskowska

Life Forces: We Read Call Super’s Tarot to Unlock the Key to His Creative Process

Life Forces: Kelly Lee Owens Is No Stranger to the Tarot

‘Growth and destruction:’ Âme on AI, Innervisions, and entering the NFT space

A Beginner’s Guide To The Decentralized Internet