You might think Berghain is pretty great, but you have no idea how good clubbing used to be…

Nightlife was just a whole lot better back in the ’80s. To prove that point we could easily rattle off the names of any number of canonical establishments that existed back then. But perhaps a better barometer for the overall quality of nightlife back then would be to look at the less known and less appreciated clubs outside the world’s major cities. Case in point is this massive repository of videos taken from Stratus, a venue in a San Diego suburb catering to the underage crowd. 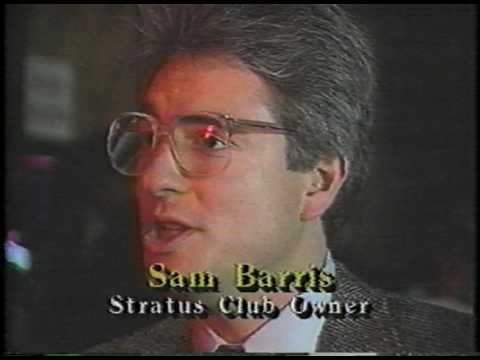 The club lacked alcohol. It lacked industrial credibility. And it even lacked Funktion-One sound. However it made up for these shortcomings by being totally fucking awesome in its own way. Just look at that fashion! Listen to those sweet, sweet new wave, hi-nrg and Italo tunes. And check out those sexy legs, hot looks and bods. Yeah, life was pretty damn good if you were a teenager in San Diego back in the day. We can all learn something from Stratus. Maybe by keeping the past in mind, we can imagine a better nightlife for tomorrow.