The circuit board is a city plan of Cold War-era Berlin.

Many musicians have taken inspiration from Berlin for their tracks. Plenty have even written tracks about Berlin. But how many—apart from the likes of Einstürzende Neubauten—can be said to have played a piece of Berlin? 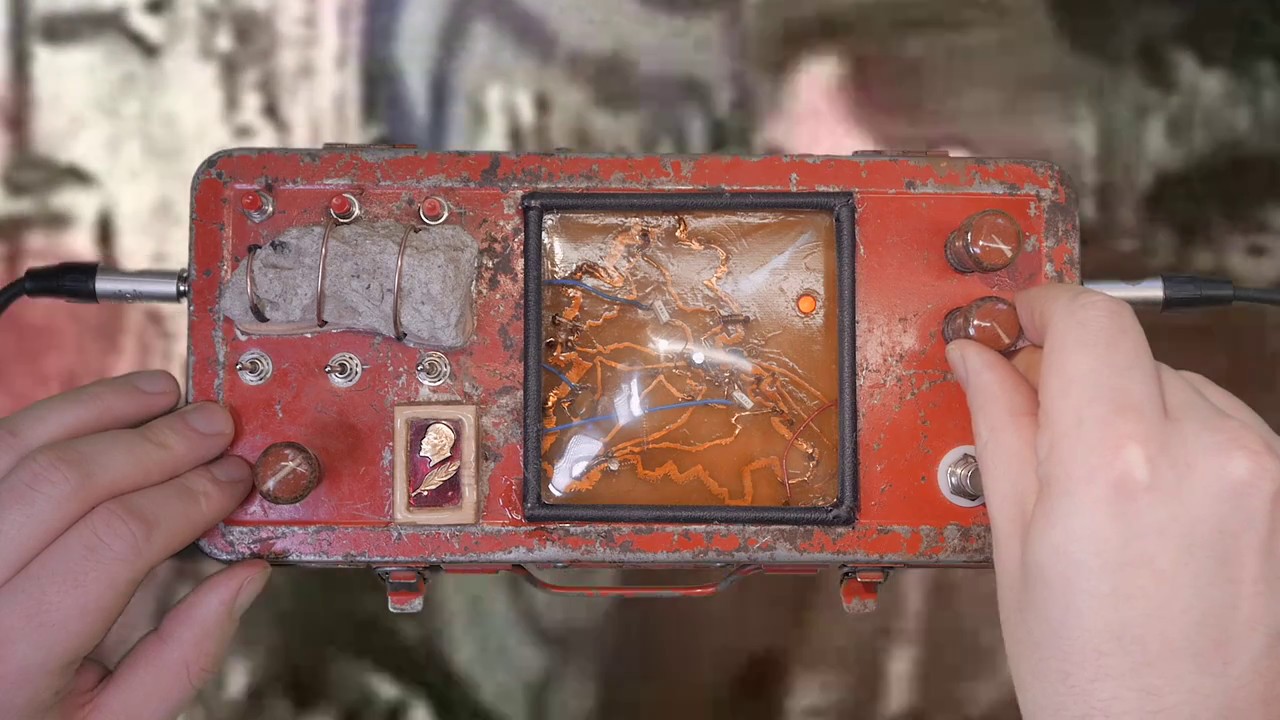 Well, instrument builder Idezem has literally built Cold War-era Berlin into his new distortion pedal. Using a piece of the Berlin Wall collected in 1990 as the pedal’s central unit, Idezem has then used used a street plan of Berlin to connect a series of pins, transistor bases and resistors. Checkpoint Charlie, Tempolhof, Schönefeld Airport, the Reichstag and the Berlin Funkturm all play central connecting points in the circuit, either by emphasizing bass, adding treble or warping the sound in surprising ways. The circuit connections are actual roads that connect the different components using the fastest routes available. These roads can be traced with a map available on OpenStreet.

You can read the idea behind the pedal here.