Only David Bowie and Marianne Faithful could make soft rock sound this bizarre.

TV just ain’t what it used to be. Case in point, the video below from 1973 features David Bowie on the cusp of a new era in his career. Recorded at the Marquee Club in London for  NBC’sThe Midnight Special, the live performance was the swansong of Bowie’s Ziggy Stardust persona as he moved towards a new identity for Diamond Dogs. Granted full creative control of the broadcast, Bowie decided to enlist Marianne Faithful to have a bit of fun with Sonny and Cher’s “I’ve Got You Babe”. Dressed in their camp-Cabaret best, the video showcases both musicians’ raw talent for performance, having rehearsed the piece for the first time only that day. Watch it below. 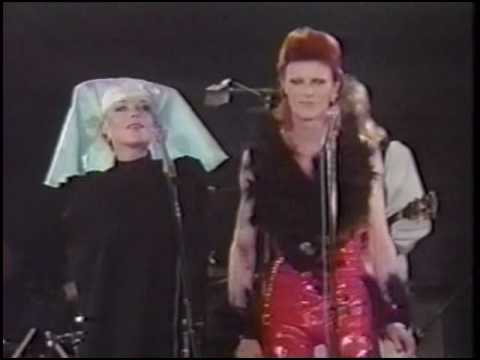