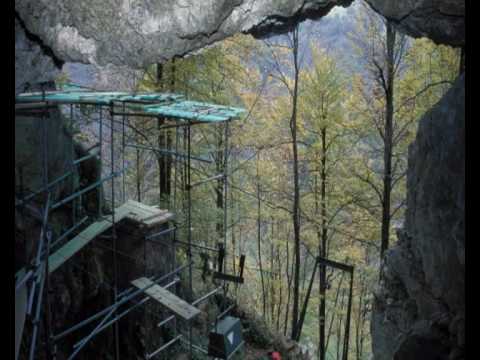 Yesterday we posted a rather touching modern rendition of what may in fact be the world’s oldest song (in recorded history, that is)—a Sumerian hymn written over 14 centuries ago. Which is old, of course, but pales in comparison to the age of the world’s earliest instrument, the so-called Neanderthal Flute.

As Open Culture details, in 1995 archeologists discovered a flute carved from cave bear femur that is estimated to be anywhere between 42,000 and 80,000 years old. That’s a lot of years. The flute’s four finger holes match four notes of a diatonic (Do, Re, Mi…) scale which allowed Slovenian musician Ljuben Dimkaroski  to play fragments by Beethoven, Ravel and Dvořák. So if you ever wanted to imagine what a cave-rave sounded like, this is about as close as you’re gonna get—at least until genetic engineering goes into overdrive.