Club Heaven was an influential gay club at the heart of the Motor City’s early electronic dance music scene.

Dance music culture is progressing at such a fast rate that some of its most important cultural artifacts have fallen to the wayside. We’re fortunate, however, to be a part of a scene that frequently plays homage to its forbears and cultural icons. For many of us, the pioneering artists of Detroit house and techno are always on that list. Detroit Sound Conservancy is a non-profit group that seeks to recreate the sound of one of ’80s Detroit’s most important clubs and queer spaces.

Club Heaven, for a time, was one of the city’s most important institutions for after-hours club goers and the LGBT community—not to mention it boasted the best sound system in town. According to members of the DSC, “When you walked into the building, you felt the sound in your body, your shirt throbbed, your hair follicles, everything.” 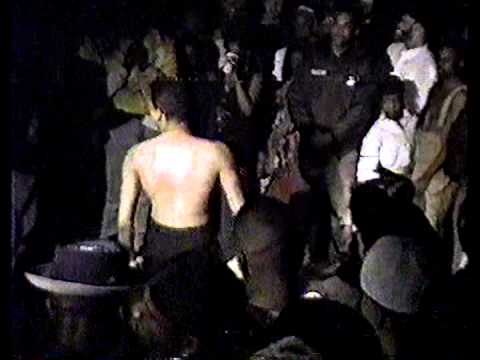 In Detroit—one of if not the most important precursor to the dance music scenes here in Europe—spaces like Club Heaven, along with many of the city’s queer spaces, have been shuttered and nearly forgotten.

But Detroit Sound Conservancy is trying to preserve the legacy of Club Heaven by restoring and reinstalling the club’s original sound system. Through a process of “electronic archaeology”, they’ll restore the  amplifiers, cables, drivers, horns and speaker cabinets and breathe new life into the sound system that “helped produce the emergence of house and techno music, as well as global recognition of vogue dancing and ballroom culture.”

To read more and contribute to the system’s restoration, head over to the project’s Kickstarter page here. Hear a mix by Club Heaven resident Ken Collier below.

Read more: This video takes you inside one of the best techno parties in Detroit.