“If I couldn’t, three times a day, be allowed to drink my little cup of coffee, in my anguish I will turn into a shrivelled-up roast goat.”

It’s fair to say that a great deal of cultural capital has been produced on the back of the coffee bean. Indeed, it’s doubtful whether we at EB offices would be able to muster up the will to share all of it without that magical black liquid. It seems famous composer Johann Sebastian Bach shared our fondness for the stuff. Littered amongst the concertos, passions and oratorios that have made Bach one of the most important composers of all time is Schweigt Stille, Plaudert Nicht —or The Coffee Cantata, as it’s known in English.

The Coffee Cantata is a rare secular work for the composer based around the importance and wonders of coffee (but who says drinking it isn’t a religious experience, right?). As Open Culture details, the comic opera from 1735 was written for a musical ensemble based in a famous coffee house in Leipzig. The opera follows a  “young vivacious woman” named Aria who loves coffee, but whose father attempts to ween her off any caffeinated pleasure. But don’t worry, this shocking behaviour doesn’t last long: “eventually, daughter and father reconcile when he agrees to have a guaranteed three cups of coffee a day written into her marriage contract.” So, get the water boiling and watch below. 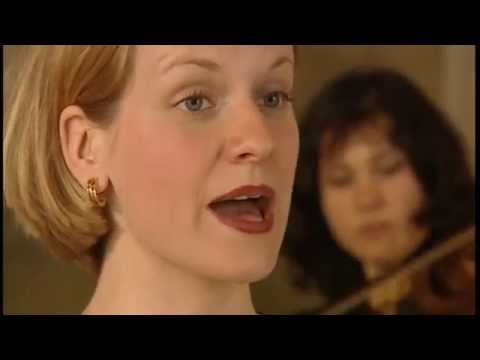 Read More: This study shows that we spend more money on coffee than clubbing