This cryptic film predicts that the UK pop pranksters will return.

The turn of a new year always brings with it prophecies and forecasts, many which turn out to be pretty unreliable. But 2017 holds a special significance for fans of cult UK electronic duo The KLF (a.k.a. The Justified Ancients of Mu Mu, The JAMs or The Timelords).

The reason is in the group’s many references to the “23 enigma”, a belief that all events and incidents are directly related to the number 23. Ever since their early years, Bill Drummond and Jimmy Cauty have loaded their work with references to 23. A recently circulated biographical video from 2015 titled KLF 01 01 2017 WTF FOUND VHS finishes with the cryptically promising, “On 23/08/1994 The K Foundation burnt one million quid. 2017-1994 = 23.” What does it mean? We’re not sure, but we hope it means the duo will be back very, very soon despite their previous statement that they’d only reunite when peace on Earth had been declared. Watch the video below and stare into the tea leaves. 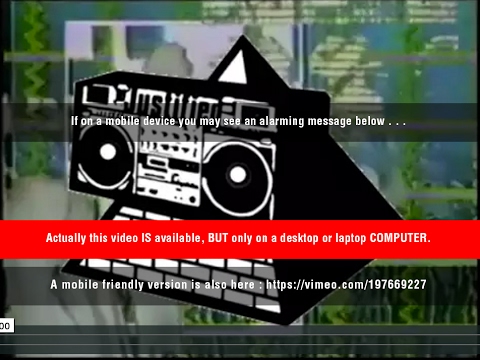 Read more: Watch the KLF burn one million quid in this classic documentary