Alan Vega, the co-founder and enigmatic frontman of legendary New York band, Suicide, passed away in his sleep over the weekend at the age of 78. Vega’s legacy remains a fundamental touchstone for anyone exploring that decisive moment in the late 1970s when pop music seemed to explode into hundreds of different directions. With Suicide, the sheer sonic power of rock and roll was squeezed into a chilly and tight electronic minimalism that had a massive cultural impact that’s still felt today.

And who could forget that voice? Who else could restlessly jump from a howling wail to a dulcet whisper before settling into a montonous and tunnel-visioned beat poet delivery? Every track is like a living testament to one of  the most singular voices to have ever grabbed a mic.

Needless to say, Vega has left a legion of fans behind, and Arcade Fire’s Win Butler has been the latest act to honor him. Butler has shared a cover of Suicide’s “Dream Baby Dream” to the SoundCloud of his DJ Windows 98 moniker. “Dream Baby Dream” remains one of the more arresting tracks in Suicide’s catalog due to its sincerity, wonderful simplicity and yes, that haunting voice that never really disappears once its touched you. Dream baby dream. Forever. Listen to the cover above, and check out the original below.

Read an interview with Powell about his hero worshipping of Suicide here. 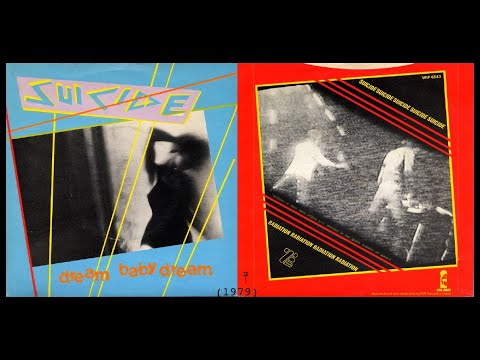