Roger Mainwood has just finished his studies at the Royal College of Art when in 1979 Kraftwerk‘s label contacted him to do an animated video for their seminal track Autobahn. The video appeared online a while ago, but little was known about why and how the thing came together. The general vibe of the video is … strange.

You would expect a story remotely revolving about some kind of motorway. But not for Mainwood—his take envisions a weird and psychedelic world, where an alien “hero” is trying to establish contact with humans, but instead is thrown back to clones of himself. Asked why he came up with all this, Mainwood told the website KraftwerkOnline: “I was a young thing in those days! Anyway, it gave me an excuse to do a lot with the animation which I enjoyed and I think some people also have, although I can see it could be viewed as a rather frustrating film for anyone looking for a conventional storyline.”

This video is definitely high up in our constantly growing  collection of weird Kraftwerk obscurities, like the German school kids performing “Die Roboter” or the father and son duo covering the same track in an even cuter way. 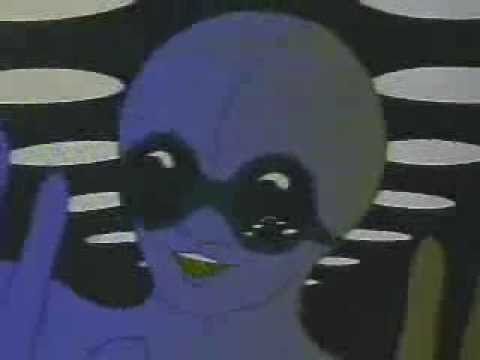